Elon Musk surprised the world when he announced his 9 percent share of Twitter a few weeks ago. The world’s richest man and head of trending companies Tesla and SpaceX now figure as the biggest Twitter stockholder. Many speculations started to appear shortly after his acquisition. After all, Twitter is totally different from Musk’s usual investments. The most plausible possibility is that Musk is trying to directly change some of the policies on Twitter – one of the networks where he is one of the most active and successful accounts. However, other authorities in the company seem to be a barrier in front of Elon Musk. Therefore, he tried to abruptly purchase all of the company. But there are a lot of challenges between him and this reckless attempt.

This acquisition attempt wasn’t well-received by shareholders. Therefore, they’re using the “poison pills” to brake Elon Musk. But what are exactly these “poison pills”? These are known as defense mechanisms made by smaller shareholders on companies with open capital. These poison pills are used to withstand investors’ attempts of trying their stakes. Elon Musk’s latest attempt has been the best example of how the Poison Pills work.

With an offer of around $41.5 billion, Elon Musk attempted to give a “prize” to investors in comparison to the value of their shares. The goal is to achieve total control of Twitter. The Investors, however, are expecting bigger long-term gains. That’s when poison pills come in, making this forced acquisition process difficult. In financial market parlance, Musk’s attitude is called a hostile takeover. Poison pills determine that investors can acquire a maximum limit of shares in the company. 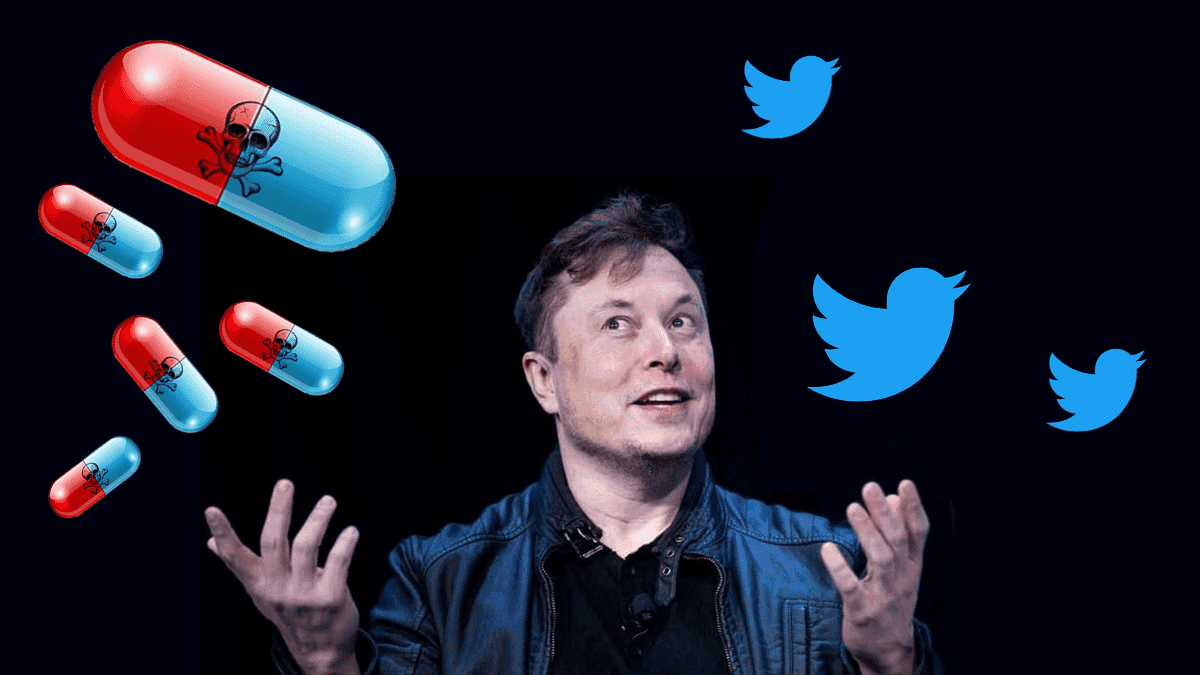 There are several modalities. However, in Twitter’s case, as soon as one reaches this number, the holder of the shares must resell part of their portfolio. He’ll need to sell shares to other shareholders, at a discount in relation to the market price. On the social network, the pill sets the ceiling for a single shareholder to own up to 15% of the company. In the US, the rule can come from the Board of Directors – and that’s what happened.

This poison pill mechanism protects, above all, the interests of minority shareholders. When buying shares, the investor studies the company’s prospects and plans. In general, it also accounts for an expected return on investment. But, when there is a hostile offer — and consequently a change in the management of the company — the course of business can be completely changed. The controlling shareholders gain decision-making power in the company. And they may even take it off the capital market, as Musk intended.

For now, the exact fate of Twitter is unclear. But Elon Musk didn’t give up on the acquisition. He wants to build a social media network with more freedom, him. And he already has a plan B.

Previous WhatsApp will allow you to dictate messages through Smart Glasses