Xiaomi officially announced yesterday that it will release the new Civi series smartphone, Xiaomi Civi 1S on April 21st.  A few days before the official launch of this device, it hit the shelves on JD.com and Tmall. According to the reservations detail, Xiaomi Civi 1S reservation exceeds 92,000. This value comes from the two popular platforms, Tmall and JD.com. It appears that the Xiaomi Civi 1S will be more popular than its predecessor which got 200,000 pre-orders in a few days. 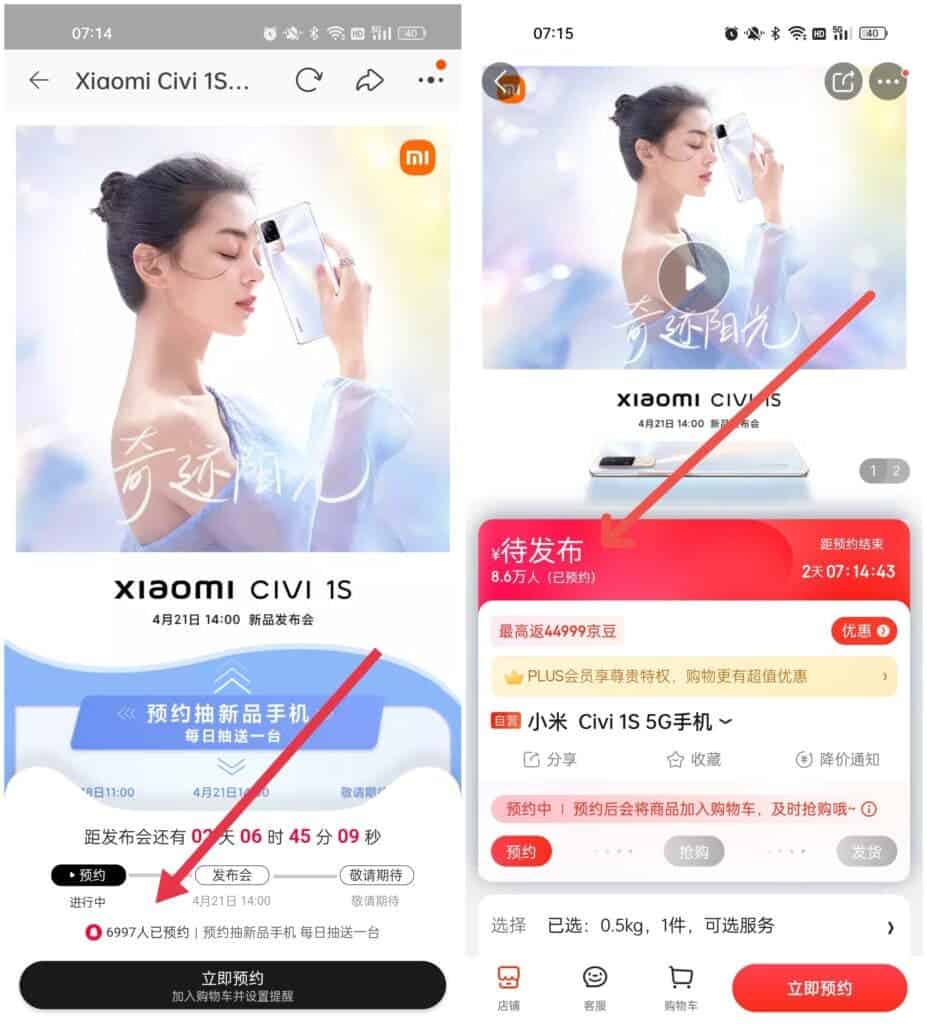 The Xiaomi Civi 1S colour is not pure white. It has gone through a special process, a gradient flashing diamond texture is brought on top of the pure white colour scheme. Thus, it realizes a built-in “Bling Bling” or sparkling effect which makes it looks very fashionable. The new colour uses an ultra-white electroplating process, with a natural and transparent pure white base. It also combines a gradient flash diamond texture and frosted CD texture. The final output shows a radial and special shadow effect which makes the entire smartphone glow. This is one of the reasons why the Xiaomi Civi 1S is considered the world’s most beautiful smartphone in 2022.

In addition to the beauty upgrade, the Xiaomi Civi 1S also upgrades its hardware. The processor is Qualcomm Snapdragon 778G+ chip. This makes it Xiaomi’s first-ever Snapdragon 778G+ mobile phone. This chip is an upgraded version of Snapdragon 778G. It adopts TSMC’s 6nm process and has a large core of Cortex A78 architecture. The maximum frequency is 2.5GHz. , including Variable Resolution Rendering (VRS), and Game Quick Touch.

In the camera department, in terms of design, it is exactly the same as the previous generation. It adopts a two-stage three-camera scheme. The light and shadow effect of the frosted CD pattern on the fuselage is emitted from here so that the whole fuselage reflects a rainbow-like seven-colour light. The Civi series places a lot of emphasis on beauty. Thus, it is not a surprise that Xiaomi is combining so much technology in the design.

Last year, the Mi Civi had a 4500 mAh battery in the ultra-thin body which is only 6.98mm thick. In addition, this device also weighs only 166 g which makes it more attractive. This new smartphone is expected to continue with this specification – thin and light. In addition, the company will also upgrade its fast-charging capacity from 55W in the Xiaomi Civi to 67W. This means that the charging speed of the Xiaomi Civi 1S is faster.

Next Motorola Edge 30 leaks in the wild, launch is imminent