Singapore ranks No. 6 in the world for the most databases exposed on the internet, which hackers were able to effortlessly exploit in 2021. Moreover, such susceptible databases appear to steadily grow throughout the year. A study released by cyber-security firm Group-IB on Wednesday, April 27 blames expanding digitalization amid the pandemic for this alarming growth in such susceptible databases. In other words, database security failed to keep up with digitalization during the COVID-19 pandemic.

The United States tops the list of countries with 93,685 exposed databases last year, as per a report by Bleeping Computer. The US is followed by China with 54,764, and Germany takes the number 3 spot on the list with about 11,200 databases. As stated earlier, Singapore acquires sixth place with nearly 5,900 exposed databases. Aside from this, there were 308,000 databases in 2021 that could’ve been subject to hacking. Notably, this comes on the heels of growing cyber threats.

A report by CSA (Cyber Security Agency of Singapore) back in July shed some light on zombie devices that have been linked to the internet. These devices transmit malware to enable hackers to launch cyber attacks. Now, the report further states that these hacker-controlled Zombie devices became three times larger in Singapore amid the pandemic. A company could end up paying a fine of up to $1 million for a data breach, under Singapore’s Personal Data Protection Act. In the meantime, hackers have found a new way to blackmail Google, Meta, and Apple users, despite the tech giants guarding their privacy.

An Alarming Number Of Exposed Databases in Singapore Appear Online

However, they now have to shell out $1 million, or a maximum of 10 percent of the annual turnover of the company Singapore. A company can be fined whichever is higher. It is no secret that hackers will spare no effort to take advantage of exposed databases. To recall, some hackers stole the bank data of Malaysians by using fake shopping apps, earlier this month. Moreover, when an unauthorized malicious hacker gains access to an exposed database, it could have worrying consequences. For instance, it could lead to a data breach. 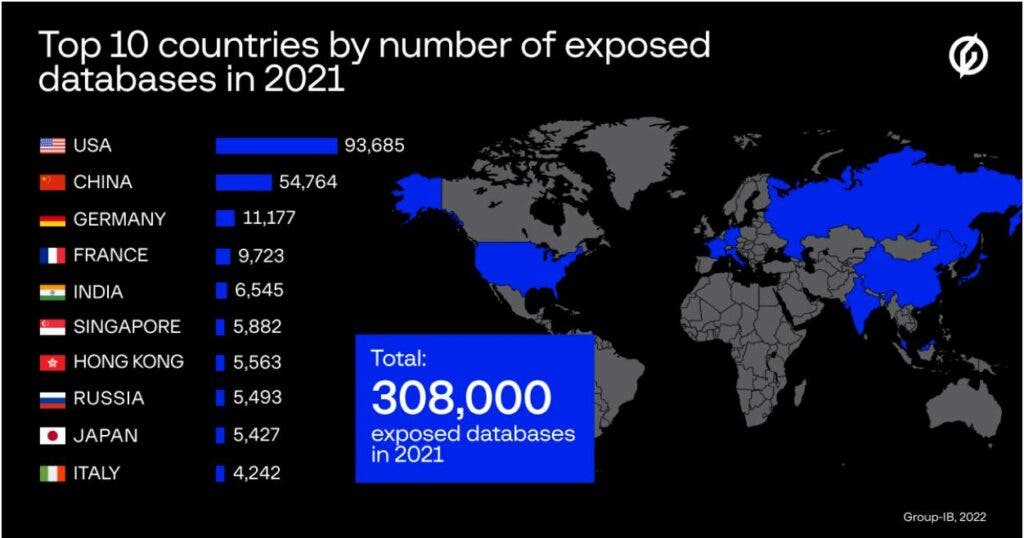 Alternatively, the hacker could launch an attack on the person with unsecured information. This info comes from Group-IB’s attack surface management product lead, Tim Bobak. Notably, Group-IB is one of the official partners of Interpol and has previously collaborated with the cybercrime team. Further, Bobak suggests that the number of databases in Singapore is higher as compared to other territories because it is a well-developed area. Aside from this, Bobak believes the high number of databases is a result of Singapore hosting more information technology assets than any other region.

Why Are Singapore Databases More Likely To Leak On The Web?

The high level of digitalization in the country could have led to the exposure of databases on the Web. Moreover, Freddy Tan suggests that one of the key contributing factors could be a lack of data protection awareness. Tan is an executive committee member of the AiSP. He went on to point out that Australia and other economies have been fully aware of data privacy. However, Singapore lacks awareness surrounding data protection. 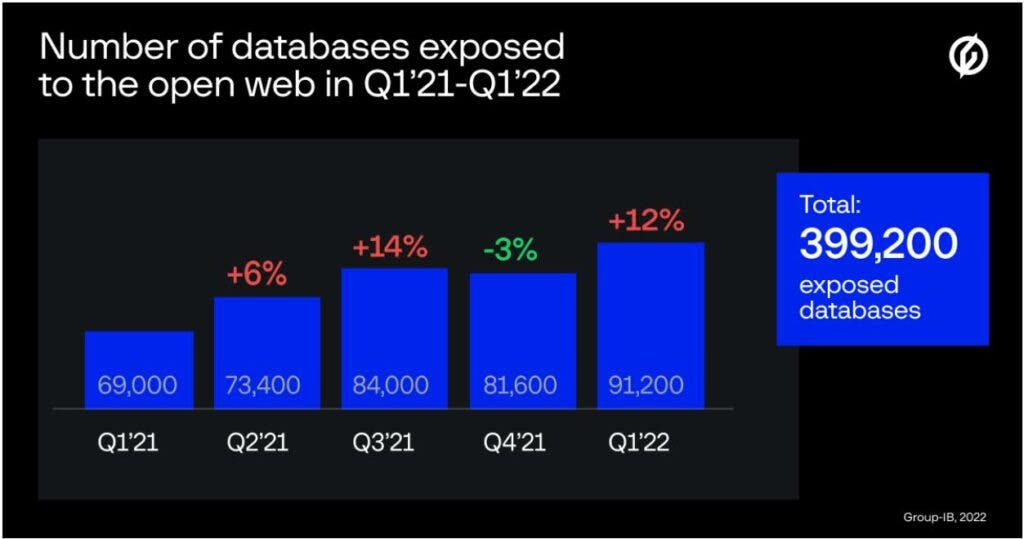 Further, he added that management and cyber-security professionals in the country focus more on infrastructure security. It is worth noting that some of these databases are accessible publicly without even requiring a username and password. Notably, passwords come in handy for protecting some databases. However, Bobak points out that hackers can use brute force to reveal passwords. Aside from this, he believes passwords alone are not enough. He notes that they are sometimes easily available on the lists of stolen passwords.

In Singapore, the number of exposed databases found continued to grow regularly after Q1 2021. In the meantime, tech giants have been focusing on cashing in on Singapore’s tech potential. To recall, Apple recently rolled out its new Apple Map in the country.

Previous TikTok Shop Arrives In Malaysia, How Will It Help Local SMEs?