Apple is finally rolling out updated Apple Maps in Germany and Singapore, bringing remarkable new features to users in these countries. To recall, Apple unveiled the iOS 15 last year with the most notable improvements in Apple Maps. The revamped web mapping service enables users to navigate better since it boasts some highly practical features. For instance, the new Apple Maps comes with an enhanced driving view, 3D models, and detailed maps. On the downside, these amazing features were limited to American users.

Now, Apple has expanded its newfangled Apple Maps to both Germany and Singapore. In other words, users can now take advantage of features like Look Around, 3D landmarks, and better navigation. Apple Maps has been sending its team to map Germany for quite some time now. Moreover, it has been more than a year since Apple Maps cars built Look Around for users in Singapore. Finally, both countries now have access to the new and improved mapping service. Notably, Apple does not usually announce updates to Apple Maps.

However, the aforesaid overhaul is notable enough to deserve an official announcement in Singapore and Germany. Apple senior vice president of Services, Eddy Cue said in the Singapore press release that Apple Maps offers an unparalleled option when it comes to exploring and navigating the world. Moreover, Cue noted that Apple Maps protects the privacy of the user at the same time. With the latest rollout, Cue said more users will be able to enjoy this experience. Furthermore, he noted that the maps have been completely revamped. 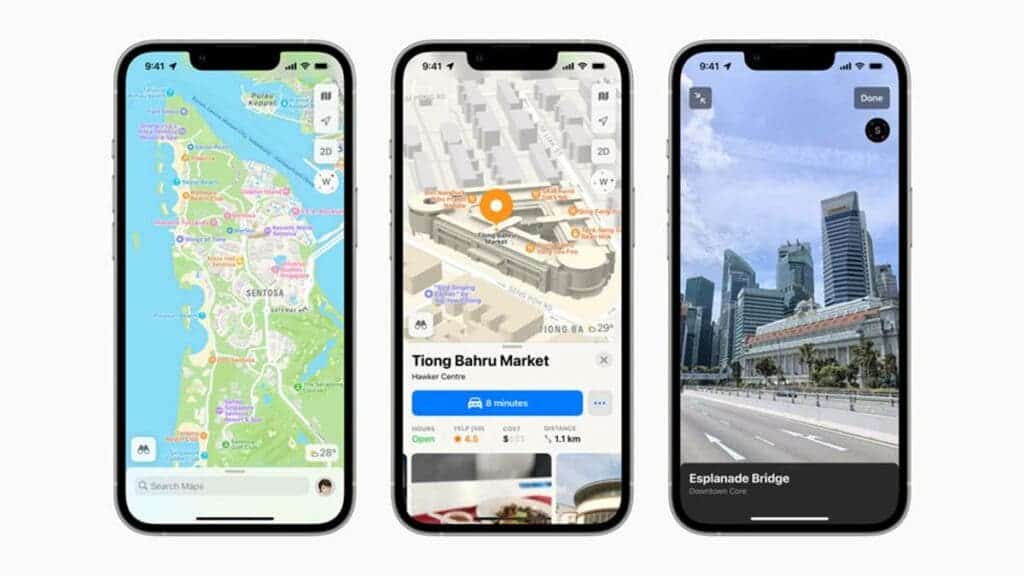 The update brings “three-dimensional landmarks of locations” like Tiong Bahru Market and Gardens by the Bay for Singaporean users. In Germany, the update will offer 3D views of sights like the Berlin TV Tower, and the Reichstag building. Moreover, Apple assures that the update brings 3D views of other notable places like the Brandenburg Gate, Neuschwanstein Castle, and the Elbphilharmonie Hamburg. To recall, the Look Around street view made its debut in the United States in iOS 13 back in the 2019s. 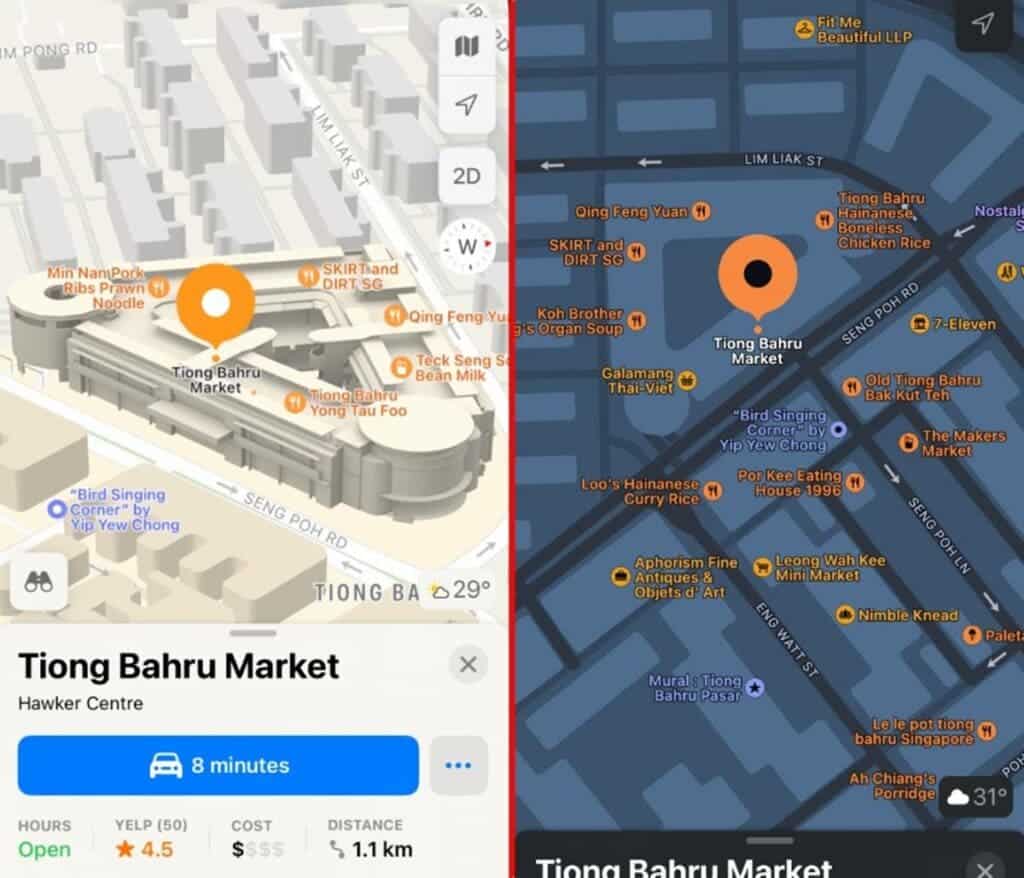 For those who are unaware, iOS 13 had a bug that utilized a lot of mobile data. Now, Siri uses Natural Language Guidance. According to the Cupertino-based tech behemoth, Natural Language Guidance makes navigation-related instructions even more natural. For example, “‘turn left at the next traffic light’.” Earlier this year, Apple even introduced a gender-neutral voice for Siri. Aside from this, the new update adds the Share ETA feature to Apple Maps. Now, drivers can send their arrival time via Message to a specific person or people. The recipients get notified of any significant delays.

Previous Xiaomi Smart TV 5A India Launch Set For April 27, Everything We Know