The month of February was hectic for Nubia. The company under ZTE’s wings has launched a new Nubia-branded Nubia Z40 Pro flagship, and a couple of Red Magic smartphones – Red Magic 7 and Red Magic 7 Pro. As usual, the company started with its Chinese stronghold. The devices are quite successful in China. Now, after a long time of waiting, the Red Magic 7 Pro is finally making its way to global markets. the International market is getting interesting options, after all, both come with 16 GB of Internal Storage. It’s possible to pick either 256 GB of storage in the Obsidian color option, or 512 GB in the Supernova version. The variant with 16 GB of RAM and 256 GB of Internal Storage is on sale for  $799 / £679 / €799. The latter will set you back $899 / £759 / €899.

To recall, the Nubia Red Magic 7 Pro is a gaming smartphone with appealing specifications. It flaunts a gorgeous and massive 6.8-inch AMOLED screen with a 120 Hz refresh rate and a 960 Hz touch sampling rate. Interestingly, it comes with a Full HD+ resolution, and honestly, it’s the right way to go for gaming smartphones. After all, Quad HD+ gaming isn’t a reality on mobile devices and this resolution gives more stress to the GPU and less performance. Moving on, the device comes with a dedicated gaming chip dubbed Red Core 1 that handles audio. There is also RGB lighting, and haptic feedback, which allows the processor to focus on other things. 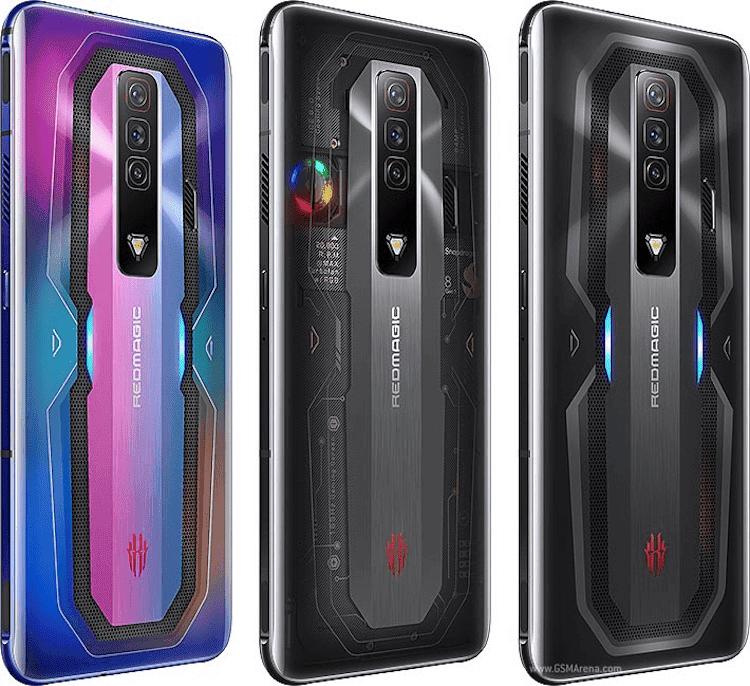 Under the hood, we have the Qualcomm Snapdragon 8 Gen 1 SoC with its ARMv9 cores and Adreno 730 GPU. The panel is protected by Gorilla Glass 5 and has a fingerprint reader underneath for biometric authentication. Interestingly, the gaming phone brings a 16 MP under-display camera. Apparently, the company has borrowed one of ZTE’s highlights for this device. It makes perfect sense on a gaming smartphone, after all, there won’t be interruptions in the display. Also, taking selfies may not be the cup of tea of those getting a gaming smartphone.

Again, while the camera department isn’t the big focus here, Nubia actually brought a decent setup. The device has a primary 64 MP main camera, an 8 MP ultrawide snapper, and a 2 MP macro shooter. You can capture decent images and groupies with this device. The endurance will be great thanks to a massive 5,000 mAh battery. Unfortunately, the global version comes with just 65 W fast charging. It’s not slow, especially in comparison to certain mainstream companies. However, it’s below the Chinese variant with its 135 W charging.