Sony Xperia will hold a global launch for a new Sony Xperia flagship smartphone on May 11. At this event, the Japanese manufacturer will officially announce the new flagship Sony Xperia 1 IV. The latest report regarding this device is its recently obtained 3C certification. The certification documents show that the Xperia 1 IV model is XQ-CT72. The listing also reveals that this device will support 33W fast charging. However, this flagship smartphone will not come with a charger in the box.

According to previous reports, the Sony Xperia 1 IV will come with Snapdragon 8 processor. The speculations claim that this device will continue to use the 4K 120Hz HDR high-brush 21:9 with a fish screen. However, in the camera department, it will usher in a major upgrade, abandoning the “ancestral” 12-megapixel and upgrading to a 48-megapixel sensor. This smartphone will come with a triple luxurious 48-megapixel lens, which is 1/1.28-inch (1.22μm). There will be an ultra-wide-angle as well as a telephoto camera that supports optical image stabilization.

Announcing the launch date for this device, Sony Xperia took to its official Weibo account. The company said, “Next ONE is coming, go to the next ‘1’ chapter, new members are about to take the stage.” 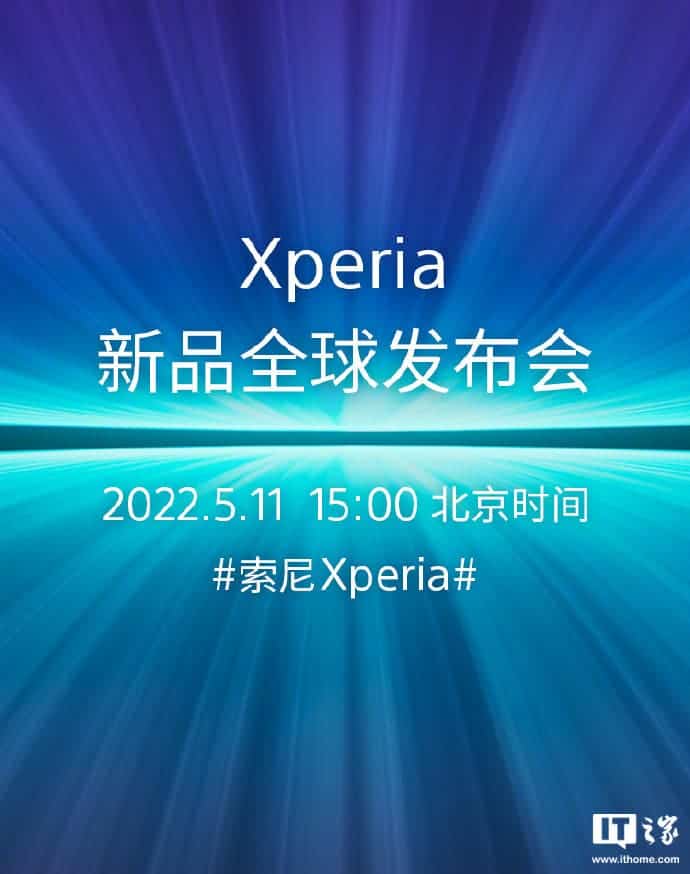 The company did not specifically mention the product that it will announce. However, previous speculations suggest that the Sony Xperia 1 IV is coming.

A few weeks ago, this smartphone made its official appearance on GeekBench. From the GeekBench listing, the model number is XQ-CT54 and this device will come with a chip with the codename “taro”. According to reports, “taro” is a codename for the Qualcomm Snapdragon 8 Gen 1 flagship SoC. There were earlier rumours that the phone might use the Snapdragon 8 Gen 1 Plus processor, but now it seems that is not the case. 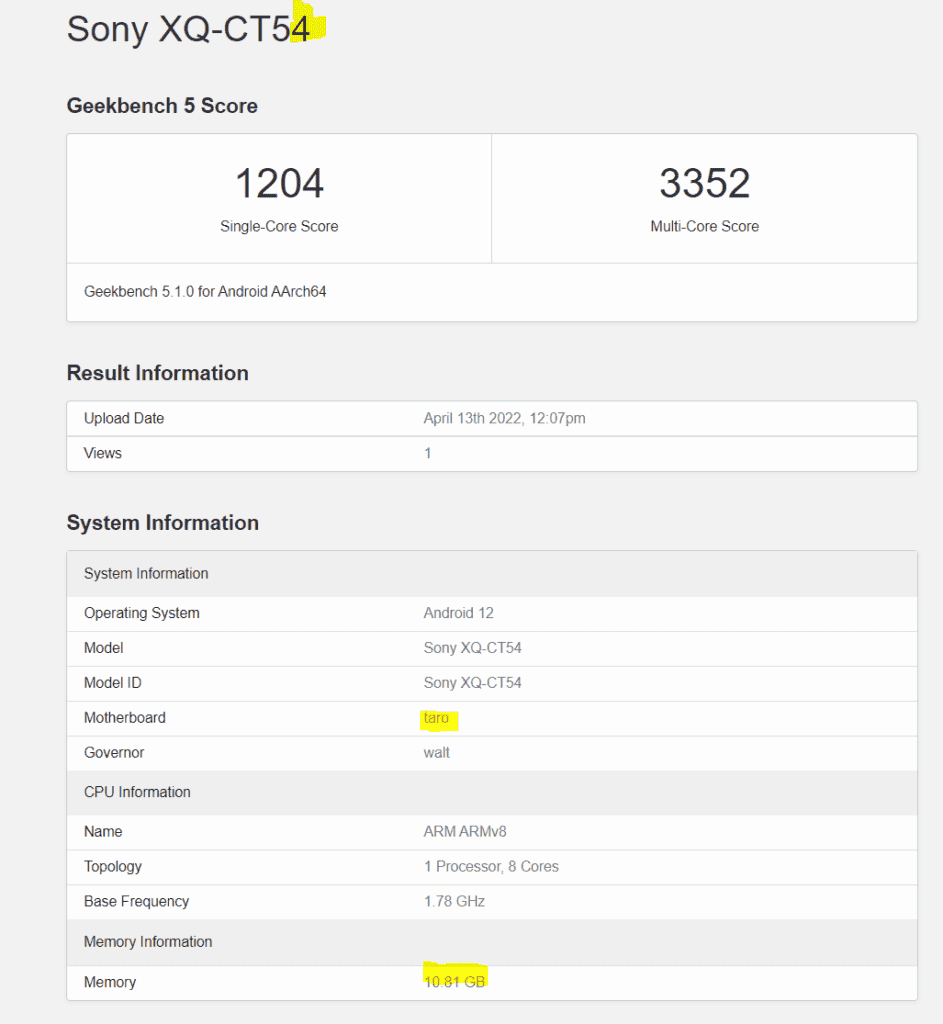 The information also shows that at least one model of the Sony Xperia 1 IV will come with 12GB of RAM, and the phone will run Android 12. However, there are reports that this device will have up to 16GB of RAM and 512GB of storage.

In addition, the XQ-CT54 is a European model, and two other models, XQ-CT72 and XQ-CQ72, appeared in the Eurasian Economic Commission (EEC) database as early as November.

According to previous news, the Xperia 1 IV camera will receive a major upgrade, which may lead to a 6% to 20% increase in its price. The Xperia 1 III is already more expensive than most flagship phones in 2022, starting at 8,499 yuan ($1,286). Thus it’s hard to say whether Sony will continue to raise the price of the new phone.

The Xperia 1 IV is also expected to offer a 6.5-inch 120Hz screen and a 5000 mAh battery. This device may retain the physical fingerprint recognition and a 3.5mm headphone jack.