Over the years, we’ve been treated to a slew of quirky polls involving Android and iOS users. Some want to be relatively serious and give a better view of everyone’s consumption habits, like this study which reveals that iPhone users change smartphones more often than their Android counterparts. Others, on the other hand, are lighter and seem to exist only to fuel the rivalry between the two camps. It seems that Android users are better lovers than others.

The latest falls into this category – which does not detract from its seriousness. Jerry, a smartphone car insurance comparator, wanted to determine which of Android and iPhone users are the best drivers. To do this, the application analyzed the driving data of 20,000 motorists over more than 13 million kilometers at the wheel. The observation is, to say the least, clear: in all categories, Android users crush their friends.

Jerry analyzed data collected from 20,000 drivers during 13 million kilometers of driving over a 14-day period. The data generated an overall driving score as well as sub-scores for acceleration, speed, braking, turning, and distraction. Then we grouped the results by smartphone operating system and various demographic characteristics.

Whether it’s distraction, speeding, cornering, accelerating or braking, Android users come out on top every time. Moreover, it is at the level of distraction that the difference is most felt. In other words, iPhone users are much more likely to check their smartphones while driving than others. 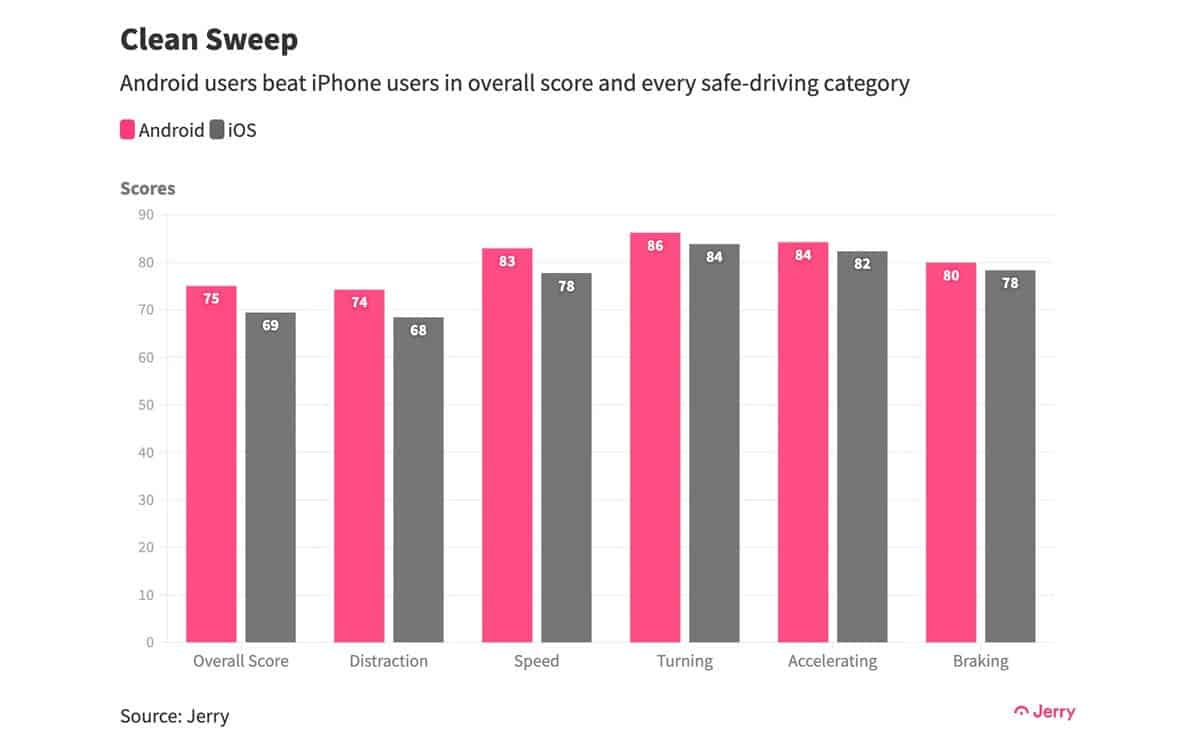 Interestingly, the other parameters do not seem to influence the results. Thus, while the age or the social class of people generally have an effect on the conduct of the person; here they do not change the gap between Android and iPhone users. In fact, Android users without a bachelor’s degree drive better than iPhone users with a doctorate; while the latter tend to drive more cautiously.

For what it’s worth, Jerry also adds to his study that Android users are “more open, honest, and humble, as well as less interested in luxury and social status.” »

Previous Nothing Phone (1) launch date may already be announced

Next Apple, Google, And Microsoft Moving Towards Passwordless Sign-in Concept