In March of this year, Carl Pei, co-founder of the OnePlus brand and head of the startup Nothing, confirmed that the company intends to introduce its first Android smartphone Nothing Phone (1). The release of the device should take place this summer; and as it approaches, the network is increasingly remembering the new product.

The company itself, until recently, preferred to remain silent when it makes a presentation of Nothing Phone (1). But perhaps Carl Pei has already given a release date. One of the users decided to directly ask the head of the company when it is worth waiting for the premiere of the smartphone. To which he replied “6/9 at 4:20” Many people quite logically assumed that Carl Pei indicated that the announcement of Nothing Phone (1) would take place on June 9, 2022. But, knowing the top manager’s love for charades and riddles; we won’t be surprised if he actually hinted at another date.

At the moment, we know that Nothing Phone (1) should offer a 6.43-inch FullHD + AMOLED screen with a refresh rate of 90Hz, a Snapdragon 778G chipset, 8GB of RAM and a 128GB flash drive. It is reported that the battery capacity will be 4500 mAh; and the main camera has three sensors, where the main one is 50-megapixels. 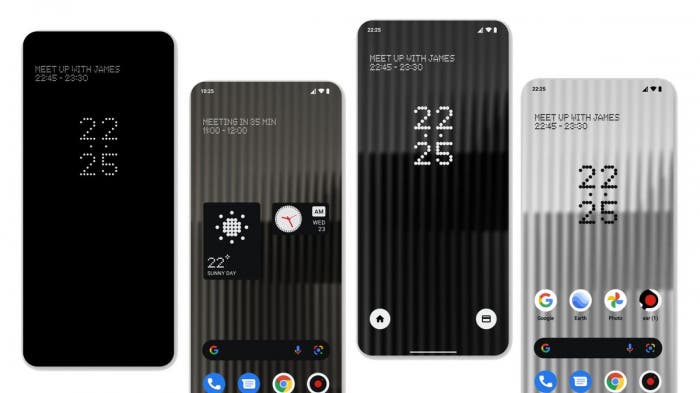 OnePlus co-founder Carl Pei launched Nothing last year and released his first product, which turned out to be wireless headphones. This summer, the company’s first Nothing phone will be unveiled, which will receive the Nothing OS operating system.

Nothing Launcher is a pre-beta version of Nothing OS. Try Android paired with our iconic design language. Unique features include max icons and max folders, as well as special weather and clock widgets.

Nothing OS received unique wallpapers, clock and weather widgets, and ringtones. You can download Nothing Launcher on Google Play, but only on the aforementioned devices. After installing the app, you need to go to Settings > Apps > Default Apps > Default Home App.

Nothing Phone (1) To Sell Only On Flipkart In India, Launch Date Unknown

Here comes Nothing! How to Install Nothing Launcher on your smartphone

Nothing will reveal “(1) more thing” on April 1