At the I/0 2022 conference this morning, Google released a series of Pixel phones, as well as the most important new system, Android 13. Many new features have been added, one of which is earthquake warning. Although this system is new to native Android, Chinese users are not new to this feature. According to Google’s explanation, the built-in earthquake early warning function of Android 13 has two parts. The first is the mobile phone which will make use of the built-in accelerometers in current smartphones. By detecting relevant changes, it can determine the occurrence of an earthquake.

If the mobile phone detects that an earthquake is occurring, it will send a signal to Google’s earthquake detection service and report the possible location. Then the server will combine various information to determine whether the earthquake has occurred. It will also determine where it occurs and how big it is. Finally, it will send out alerts and even call emergency numbers. 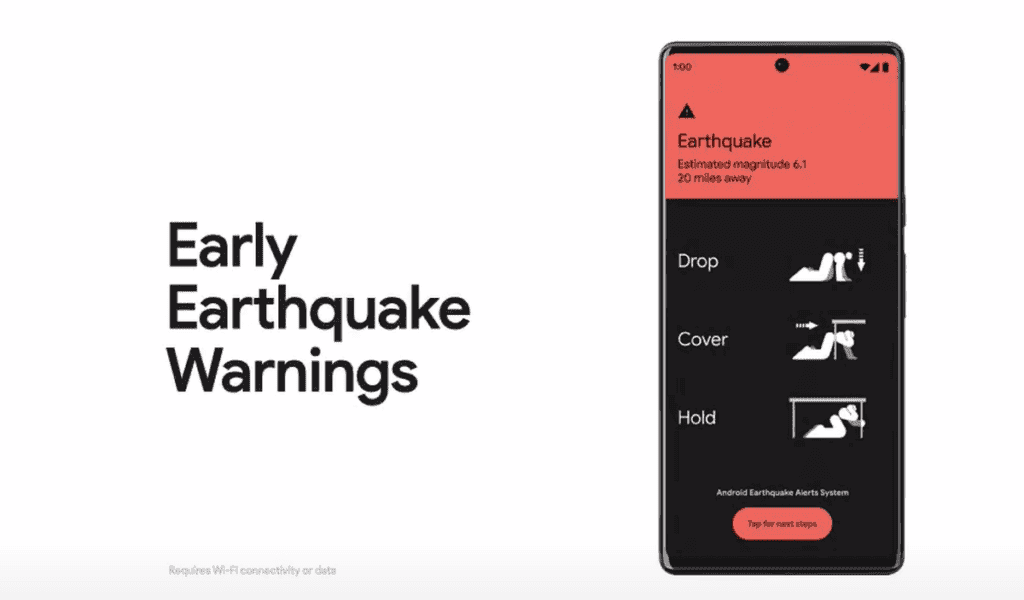 While Xiaomi’s earthquake warning system dates back to 2019, Huawei’s dates back to 2020. Xiaomi earthquake warning feature uses a pop-up box to send a reminder to users. It reminds users when the network detects an impending earthquake that could cause strong ground shaking. It will also identify the seismic wave location, epicenter area, and the magnitude of the earthquake. After the warning countdown is over, an emergency help service will be provided.

EMUI 11 system supports earthquake early warning. When any surrounding earthquake occurs, the mobile phone will activate a pop-up window and sound the alarm. It provides a way for an early escape and also provides emergency shelter inquiry and medical assistance information. It will help users get timely assistance in event of an earthquake. Again, this feature is only available in one Chinese city – Sichuan. Thus, both Huawei’s and Xiaomi’s earthquake warning features have similar operations.