With varying degrees of intensity and frequency, rumors appear on the network that Apple is preparing a foldable smartphone. Just the other day, the well-known analyst Ming-Chi Kuo spoke on the subject of this device. In particular, he talked about the displays that can be installed in future foldable iPhones.

According to him, the company is testing E-Ink electronic color panels, which can later be used in the company’s foldable iPhone. It is likely that we are talking about the iPhone, which should be the answer to smartphones with flexible displays from Samsung. Such color E-Ink displays are planned to be installed on the outside by analogy, as decided in the Galaxy Z Flip.

The choice in favor of such E-Ink panels is due to their energy efficiency and saving battery life. This is a kind of Always on Display option to display the most necessary and minimal information. It is worth mentioning that at the moment Apple is only testing E-Ink and the issue with their installation has not yet been finally got a resolution.

E-Ink on iPhone? Is that possible

If the company still decides to use it, then we will see a folding iPhone with it no earlier than 2023. There is also a forecast from Display Supply Chain Consultants (DSCC) analyst Ross Young, who said that until 2025 you should not expect a folding iPhone. The company’s slowness may be due to a desire to wait for flexible display technology to mature. 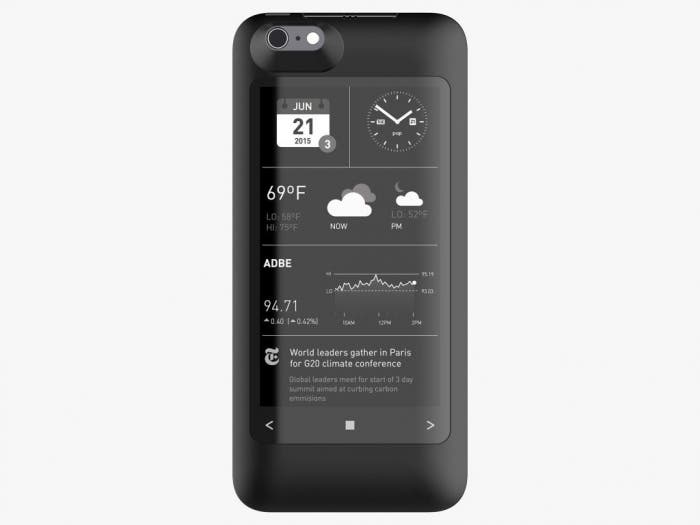 Rumors have repeatedly attributed to Apple the release of iPhone with a USB-C connector; and now these data have been confirmed by Bloomberg. It reported, citing people familiar with the situation, that Apple is already testing iPhones with USB-C. In addition, the company is also working on an adapter that will allow you to use previously released Lightning accessories; with new iPhones equipped with a USB-C port. However, iPhones with a USB-C port will have to wait: such models will not appear until 2023. So the iPhone 14 will still get a Lightning connector.

Switching the iPhone to a USB-C connector looks logical; not only in terms of compliance with the requirements of the European regulator; but also in terms of compatibility within the Apple proprietary ecosystem. iPads and Mac laptops have already migrated to USB-C; but iPhones have not yet. As a result, owners of various Apple devices have to almost juggle chargers and cables. All this complicates the interaction with Apple products, although the company always strives for simplicity. Naturally, switching the iPhone to USB-C will make life much easier for users.

Next App Store: Apps no longer need your permission to increase subscriptions prices