iQOO is preparing the terrain for the release of the iQOO Neo 6 in the country. However, that device will be quite different from what we already see in the Chinese market. The device will have different specifications and has been leaking through the rumor mill for a while. Today, the company has confirmed that the iQOO Neo 6 will launch soon in the country. While Vivo’s iQOO itself didn’t reveal the exact date, it seems that Amazon India let the information slip out.

A push notification by Amazon India has reportedly revealed the iQOO Neo 6 launch date. According to this notification, the new smartphone series will hit the Indian market on May 31. Worth noting that this info was only available briefly through this notification. After all, the Amazon microsite does not provide any kind of information in this regard. The iQOO India website’s event page also didn’t reveal the launch date at the moment of this writing. We know that it’s just a matter of time until that happens, especially with this “May 31” date. iQOO will likely keep building the hype through teasers in the forthcoming days.

Worth noting that the iQOO Neo 6 will be the first Neo 6 series smartphone in India. The device will reach the market with a price tag that sits between INR 30,000 to INR 35,000 in the country. Unlike the Chinese variant that has the current flagship SoC – Snapdragon 8 Gen 1 – the Indian variant will use the Snapdragon 870 SoC. The device may actually be a rebranded iQOO Neo 6 SE that was recently unveiled in China with this very same chipset. The Indian version may bring 8 GB and 12 GB of RAM with 128 GB and 256 GB of Internal Storage.

The iQOO Neo 6 flaunts a 6.62-inch AMOLED screen with a Full HD+ resolution. The device also has a 120 Hz refresh rate and a punch-hole cutout at the center. The phone will also pack a triple-camera setup on the back. It comprises a 64 MP main camera, a 12 MP ultrawide snapper, and a 2 MP black and white sensor. For selfies and video calls, the device has a 16 MP shooter that sits on a centered punch-hole cutout. The device has Android 12 OS which will likely bring a FuntouchOS 12 skin to India. The battery life comes from a 4,700 mAh battery with 80 W fast-charging support. 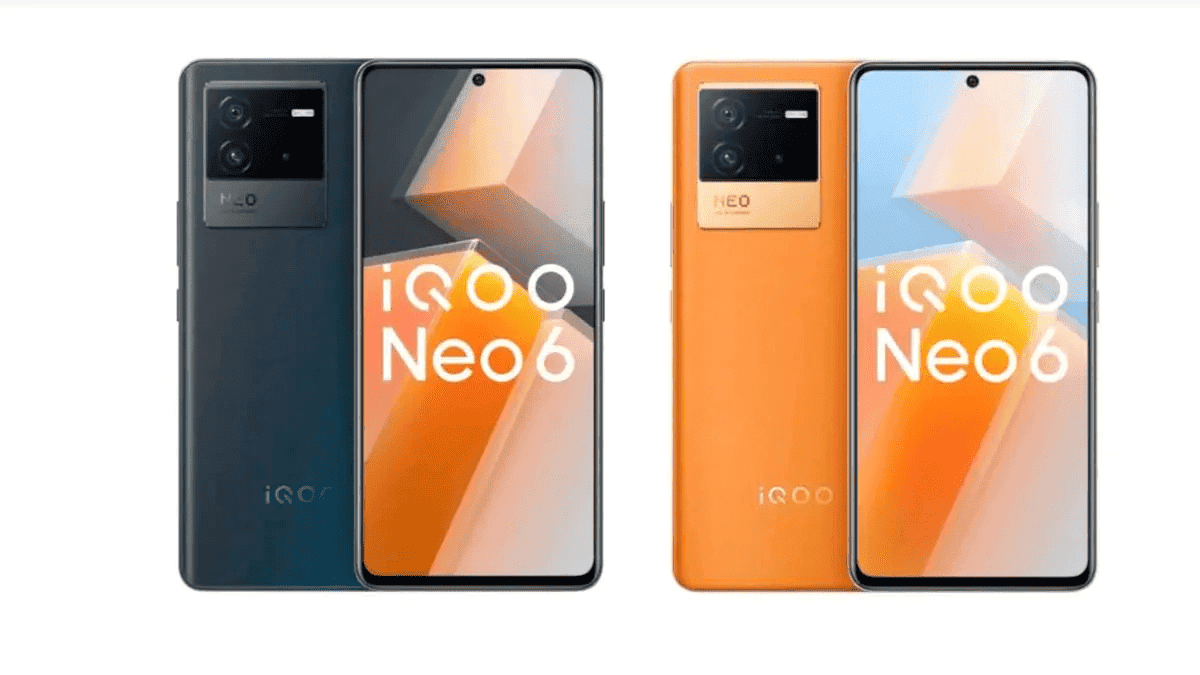 We expect iQOO to keep building up the hype for the upcoming smartphone. After all, we still have two weeks to overcome until the release day. There have been rumors about an iQOO Neo 6 series variant with the Snapdragon 778G. But this variant has escaped from our radars since it ran Geekbench a few months ago.