The Tecno Pova 3 smartphone’s launch date in the Philippines has been revealed. Moreover, its price in the country has been tipped. Tecno Mobile will announce the Pova 3 smartphone for the global markets on May 25. The Chinese mobile phone manufacturer launched the Pova 2 in 2021. Notably, the upcoming Pova 3 will succeed last year’s Pova 2. The company launched the Tecno Pova 5G in the Philippines in February. The 5G-ready phone made its debut in India on February 8. 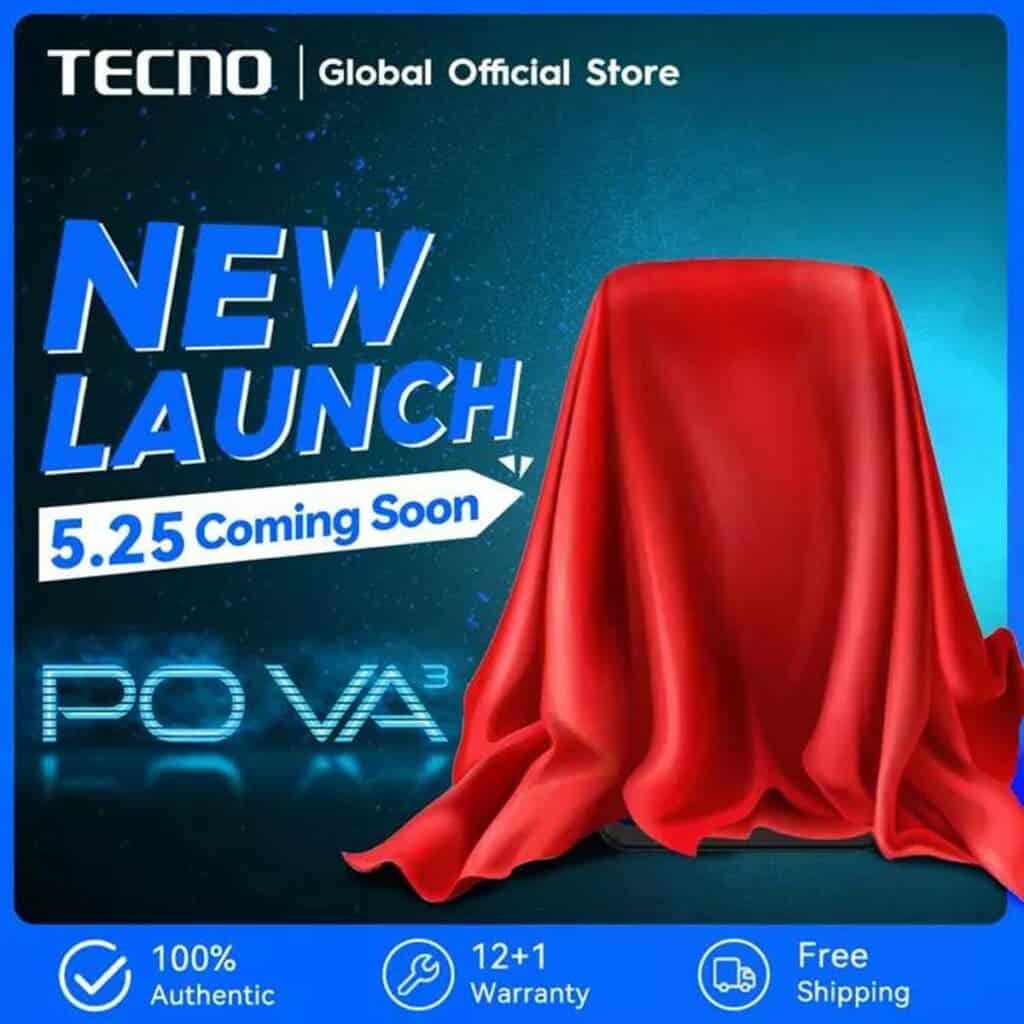 Now, Tecno Mobile is on the verge of adding another smartphone to its Pova series. The phone has already been listed on Lazada. The listing shows that the phone will be available in the Philippines in two color options. These hues are Eco Black and Tech Silver. Regrettably, the listing does not divulge the Tecno Pova 3 price in the Philippines. However, a report from PassionateGeekz has shed some light on the handset’s local pricing. The report claims that the phone will retail for 8,999 PHP (about INR 13,499).

Another variant of the smartphone will carry a price tag of 9,399 PHP (about INR 13,999). Moreover, the Pova 3 has been subject to a lot of leaks lately. For optics, the Pova 3 will reportedly house three cameras on the back. Further, this vertically aligned rear camera setup could feature a LED flash next to it. Moreover, it could have a punch-hole cutout in the center. This cutout will house the phone’s selfie camera. The right edge will accommodate the volume rockers. The right side will also provide real estate for the fingerprint scanner. 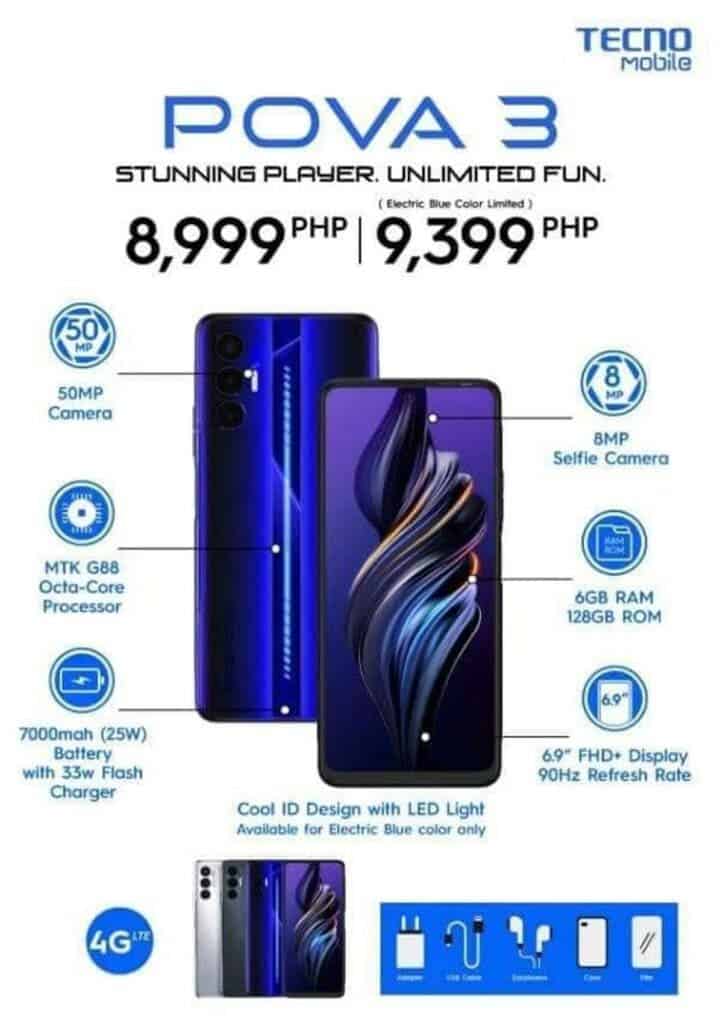 Now, the Tecno Pova 3 could sport a 6.9-inch dot-in display with full HD+ resolution. Aside from this, the display will provide a 90Hz refresh rate. Moreover, it could come with an octa-core MediaTek Helio G88 chipset. The phone will be available for purchase in two variants. First off, you can go for the 4GB RAM+64GB storage model. Alternatively, you can purchase a 6GB RAM+128GB storage variant. Also, the Pova 3 could support storage expansion via a microSD card. Upfront, the phone will house an 8MP selfie camera.

Moreover, the front shooter could come with a dual-LED flash. This will enable users to capture crisp selfies even in a low-light environment. Further, the phone is likely to feature three rear-mounted cameras. This includes a 50MP main camera and a quad-LED flash. Regrettably, details about the other two sensors are still scarce. The phone will run the Android 12 operating system out of the box. Also, it could use a robust 7,000mAh battery unit. This cell will probably support 33W fast charging. The phone’s dimensions are 173.1 mm × 78.46mm × 9.44mm.