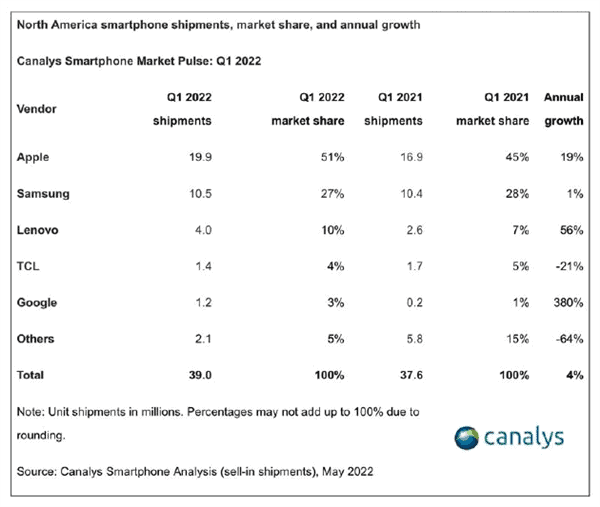 iPhone 13 sales gave the company 51% of the overall market, with 19.9 million units shipped. This is a 45% increase from the first quarter of 2021. The company said it refocused on the company’s domestic market as uncertainty about foreign demand grew. The new iPhone SE has also helped the company capture more of the mid-range segment.

Samsung’s market share increased by one percentage point to 28% of the total market. However, the other three of the top five are probably the most interesting stories of smartphone sales in North America right now. That includes Motorola’s continued surprise comeback, and a reinvigorated Google into the top five. 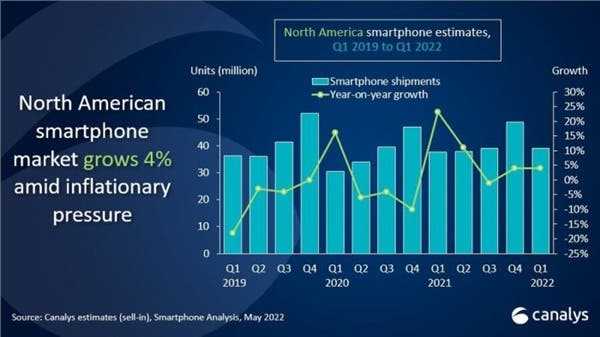 Industry insiders speculate that it may be that the Pro and Pro Max versions are not enough relative to the basic version. Thus, Apple plans to increase the production of the Pro series. In terms of iPhone sales in the first quarter, the iPhone 13 accounts for 38% of Apple’s total iPhone sales. The iPhone 13 Pro and Max versions were also quite impressive, accounting for about 30% of Apple’s total iPhone sales. At present, Apple may only increase the production of the iPhone 13 Pro series in preparation for the upcoming iPhone 14 series. After all, the Pro version can be used for a longer time without being eliminated.

Next Redmi Note 11T Pro+ is the first LCD screen with DisplayMate A+ cert.