In the Android Studio section, Google has updated the distribution statistics for various versions of the operating system. Previously, the company reported monthly on the segmentation of the green robot in the market; but this attracted a wave of criticism for poor work in distributing the current version of Android. Therefore, this practice was put to an end and only once every six months it publishes statistics in Android Studio. The latest up-to-date information came from Google on May 9th.

The number of Android 9 devices are at 16.2% of the total number of green robot gadgets. Android Oreo has 11.6% and Nougat has 5%. The share of those devices that work on Marshmallow is at 3.9%. Still clinging to the market are models running Lollipop (3%), KitKat (1%) and Lelly Bean (0.4%). Alas, there was no place for Android 12 in the statistics, and this directly indicates that the share of devices with it on board is negligible. 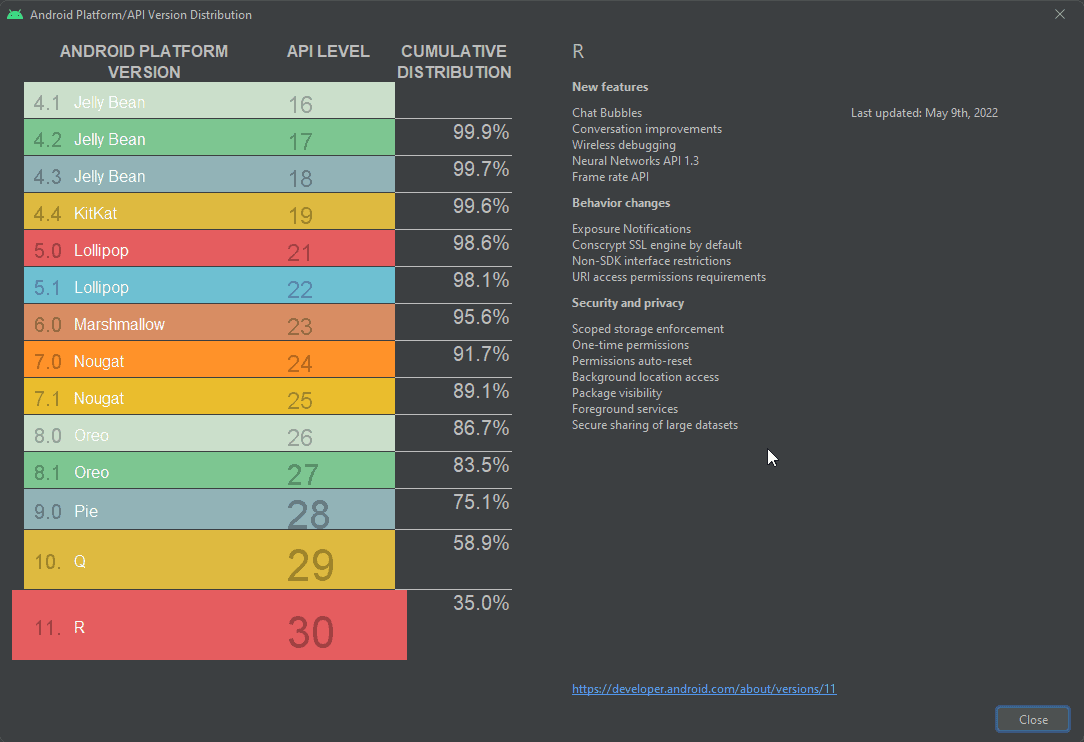 Google recently announced the release of the second beta version of Android 13. Optimized privacy protection, improved the Material You theme with support for more applications, a new section in the settings for managing security features; as well as the ability to change the interface language for individual applications.

Google clarified that many of the new features are already available in the second beta version of Android 13; which can now be available not only on Pixel smartphones; but also on devices from other manufacturers. ASUS, Lenovo, Nokia, OnePlus, Oppo, Realme, Sharp, Tecno, Vivo, Xiaomi and ZTE.

To protect user data in Android 13, work with the clipboard get limitations. When one of the applications gains access to it, a notification appears to the user. And a short time later, the history of using the clipboard is generally deleted, and applications lose the ability to copy information.

In the proprietary Messages application, changes will also take place regarding support for the RCS standard, which is the successor to the obsolete SMS and MMS protocols: support for end-to-end encryption will appear in group chats – previously it was available only in personal correspondence.

The Settings app will have a new section called “Security & Privacy”, which will include all security features: app protection, screen lock, Google security check, Find My Device setup, as well as comments and suggestions to improve security on the device.

Previous Microsoft is testing Windows 11 Subsystem for Android with Android 12.1