According to previous reports, the Realme Pad X will officially hit the road on May 26. Today, Xu Qi, vice president of Realme, officially released some teasers of this device. The posters reveal some of the specifications of this device ahead of its launch. Accprdonhg to the poster, this device will come with a large 8340 mAh battery. This doubles the power of the tablet and it also supports 33W flash charging. According to Xu Qi, this specification permits a week’s use without charging. Of course, this statement obviously comes with some terms and conditions. 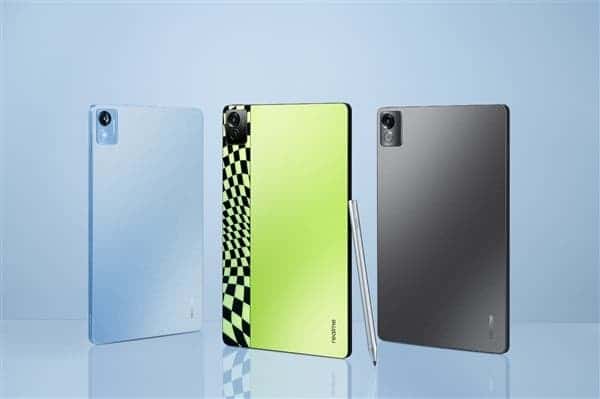 According to previous reports, the Realme Pad X will come with an 11-inch 2K ultra-clear large screen. This display also comes with a 01 super-sensing image quality engine. It supports hardware-level anti-blue light as well as four speakers that support Dolby Atmos. Like many flagship tablets in the market, the Realme Pad X supports a stylus.

The renders of the tablet also reveal that it will be available in three colour options. The colours include fluorescent green, sea salt blue, and star grey. According to previous reports, the Realme Pad X has two configurations. One of the versions will come with a Qualcomm Snapdragon 870 processor. The low-end version should hit the thousand-yuan range. This means that this device should not cost more than 1999 yuan ($300).

Realme Pad X will be released in China

Realme Pad X will be the first tablet released by Realme in China. Judging from the currently known configuration, the performance, functions and battery life of Realme Pad X are all decent. The release of the new tablet will not only complement the Realme brand ecosystem, but also bring consumers a new choice.

The latest teaser is not the first teaser of this tablet coming from Xu Qi. He claims that the Pad X is the “king of tablets”. According to other reports, the Realme Pad X will use a 2.5K LCD high refresh rate screen. This tablet will also support a high 120Hz refresh rate which is a standard in the flagship market at the moment. Xu Qi also claims that this tablet will be very competitive in the Android tablet market.

Next TikTok US employees complain of high work pressure