Samsung could release some Galaxy F13 teasers soon. The phone has already passed through the Geekbench benchmarking website. The Geekbench listing divulged some vital pieces of information about the Galaxy F13. For instance, it shows that the Galaxy F13 will come with an octa-core Exynos 850 processor. Further, it confirms that the phone will get 4GB of RAM. It will come with Android 12 OS pre-loaded. Also, there could be a layer of OneUI 4.1 skin on top. 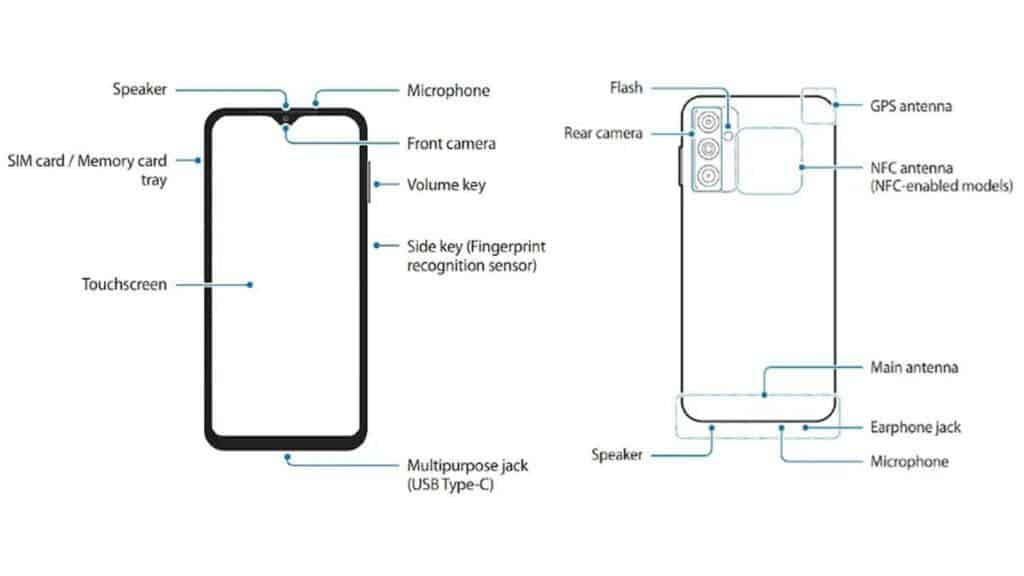 Regrettably, the Samsung India website does not reveal any specs of the Galaxy F13. However, the user manual gives us a glimpse into the handset’s design. The user manual features a few sketches of the handset. The Galaxy F13 appears to house a triple rear camera setup. Further, it seems to feature a rectangular module on the back. Also, the power button will probably double up as a fingerprint sensor. It could also come with a USB Type-C port for charging.

Aside from this, the Galaxy F13 might get a 3.5mm headphone jack and NFC support. Also, the phone could feature a dual speaker setup. The phone scored 157 points and 587 points in Geekbench’s single and multi-core tests.