Samsung achieved solid numbers with its Galaxy A and M-series in 2019 and 2020. The company even grabbed the first position of the smartphone market in India, after years of struggling against Xiaomi. With these two smartphone series pretty much established, the brand decided to unveil another one the Galaxy F-series composed of camera-centric smartphones. The first device was the Galaxy F41, but the list is about to grow in the Indian market. Today, the Samsung Galaxy F12 with model number SM-M12FG/DS appeared on the support page of the Samsung website in India. The listing basically hints at an imminent launch for the handset in India. However, users who are waiting for a brand new device may be disappointed. After all, the Galaxy F12 is, in fact, a rebranded Galaxy M12. 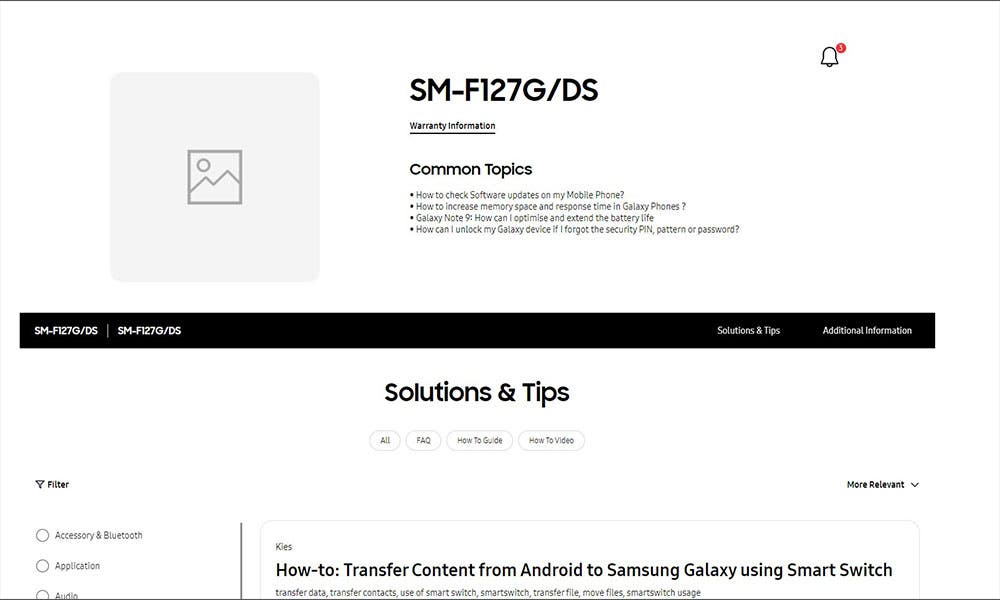 Samsung will launch the Galaxy M12 in global markets, and the Galaxy F12 will arrive in India. We’re not sure why Samsung is adopting such a strategy in the Indian market, but this isn’t the first time we see a company doing this. Xiaomi, for instance, has a set of smartphones with different name variations depending on the market. Interestingly, Samsung is keeping a low profile with this smartphone’s launch. Perhaps we’ll have more details about the launch in the next days, but the support page listing confirms that the launch is close to the doors.

The Samsung Galaxy F12 is rumored to come with a 6.55-inch HD+ LCD with a standard 60Hz refresh rate. Under the hood, it will boast the Octa-Core Exynos 850 processor. Interestingly, this chipset debuted alongside the 5G Exynos 880. Is a capable chipset that is slowly reaching other Samsung mid-range phones. The chipset will be paired with up to 3GB of RAM and 128GB of Internal Storage. On the software front, the device is set to debut with One UI 3 and Android 11. This is excellent, after all, potential buyers will not need to buy a device and wait for an Android 11 release.

While the Galaxy F-series came as a camera-centric smartphone lineup, the F12 may not be the most impressive device for photography. It will have a Quad-Camera if you care for numbers. However, the technical specs show a device that will not offer more than modest shots. It comes with a 13MP primary camera, a 5MP ultra-wide module, a 2MP Macro / Zoom camera, and a 2MP depth sensor. In the front, it has an 8MP selfie snapper living inside of the waterdrop notch.

As per FCC listing, the device has a massive 6,000mAh battery with 15W fast-charging. The battery is huge, but Samsung insists on the slow 15W rate for its mid-range phones. That’s very unfortunate when most of the mid-range devices nowadays have at least 18W charging.

We expect more details to keep popping out in the next few days.