A few months ago, Samsung released a 200-megapixel camera sensor ISOCELL HP1 for smartphones. As of now, there is no smartphone with this sensor. Nevertheless, Samsung recently showed off the capacity of this sensor in a video. This new video from Samsung is meant to show the details of the photos that the 200-megapixel camera sensor can provide. This is because there are no smartphones with this sensor as of now. Samsung attaches the sensor to a prototype phone and uses a giant lens to take a picture of a cat. 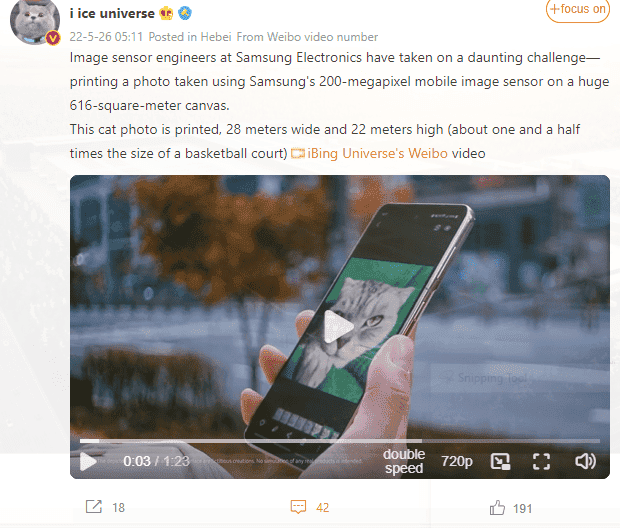 Samsung used the ISOCELL HP1 sensor and prototype device to take a 200-megapixel photo of the cat. It is then printed with an industrial printer on a huge canvas (28 x 22 meters) made up of 12 individual 2.3-meter canvases spliced ​​together. The company eventually hangs the huge image on a building.

The ISOCELL HP1 has a size of 1/1.22″, including 200-megapixels, a single-pixel sensor area of ​​0.64μm, and supports full-pixel output, 2*2 four-pixel integration, and 4*4 sixteen-pixel integration. With three pixel layouts, the maximum equivalent pixel size can reach 2.56μm. It can still output a 1250W pixel image. 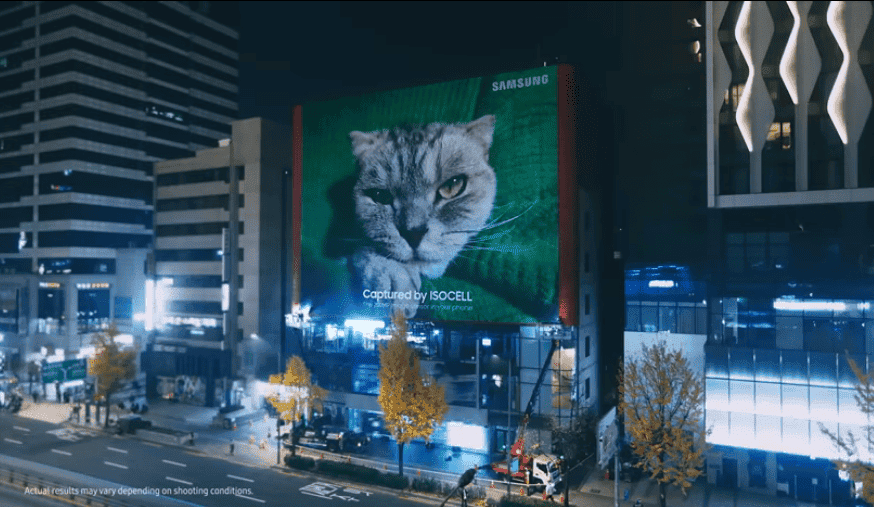 What Samsung wants to tell consumers with this video is that more detail can be captured with this sensor, without losing detail when zooming in on the picture. According to previous reports, the Motorola Edge 30 Ultra should be the first mobile phone with this 200-megapixel sensor. This smartphone will officially hit the road in July 2022.

On September 2, the company announced the 200MP ISOCELL HP1 camera sensor via a blog post on the Samsung Newsroom website. The company claims that the ISOCELL HP1 sensor is capable of capturing a significant amount of detail for sharper images. Furthermore, it is equipped with the company’s pixel-binning technology called ChameleonCell technology. The aforesaid technology determines the environment before using a full, four-by-four, or two-by-two pixel layout. 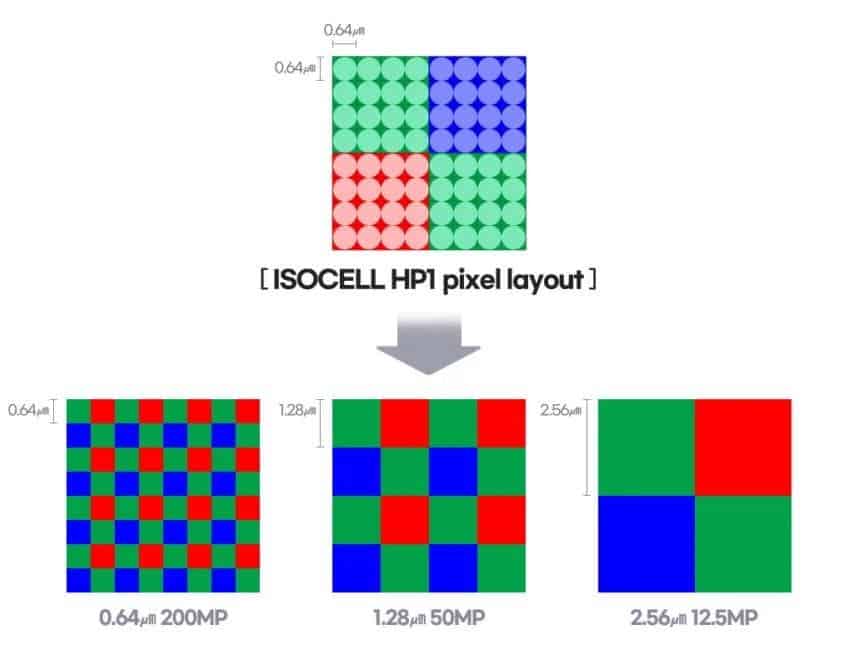 Moreover, the sensor can deliver 12.5MP images in a dark environment due to its large 2.56-micrometer pixels by unifying 16-nearest-pixels. The newly formed pixel can absorb more light and has higher sensitivity for crystal clear photos even indoors or in a low-light environment. On top of that, the new 200MP HP1 sensor is capable of recording 8K videos at 30fps.

Next How to install GCam 8.4.6 mod in all Android smartphones