Chromebooks differ from typical laptops in a number of ways, and not simply in terms of software. What is the most noticeable physical difference? Chromebooks include keyboards with a number of Chrome OS-specific functionality, so common keys like F1 and even Caps Lock aren’t available. That might be a pleasant adjustment or a huge pain, depending on your working style.

But don’t be discouraged if you don’t like that arrangement. You can actually remap a lot of the keys on your Chromebook to drastically alter how you use it.

Simply go to the Keyboard section of your Chromebook’s settings to get started:

There, you’ll see a list of keys you can customize: 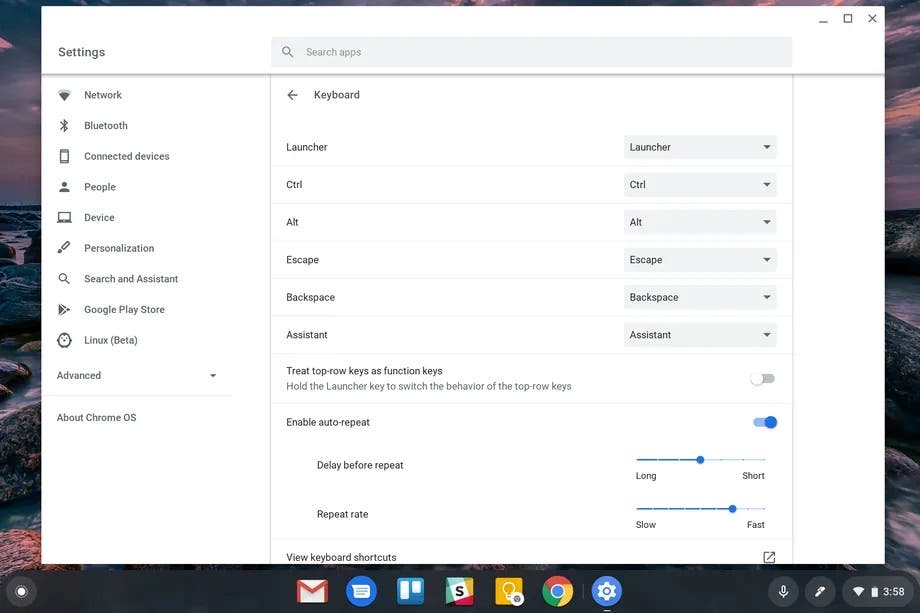 Each key can be remapped to handle any of the following functions:

To remap a key, simply click the box next to it and pick the function you want it to do. For example, you could want to set the Launcher (or Search) key back to a Caps Lock. If you prefer to keep the Launcher key in its default position but still want Caps Lock, you can assign the Caps Lock function to the Escape or Assistant keys.

If you have a Chromebook other than the Pixelbook (which, as previously indicated, has a dedicated Google Assistant key), you might wish to assign the Escape key or even the Launcher key to handle Assistant access.

There’s one more keyboard remapping option worth mentioning: Treat top-row keys as function keys, which is located beneath the list of programmable keys. The speciality keys on the top row of your Chromebook’s keyboard — the commands for moving back, reloading a page, maximizing a window, and so on — will be changed into ordinary F1-style function keys if you activate the toggle alongside that. In that case, you’ll still be able to use their specialist functions if you first hold down the Launcher key and then press them.