According to reports, the A16 Bionic chip that Apple will carry on this year’s iPhone will be manufactured using the same 5nm process as the A15 Bionic on the iPhone 13. In addition, Apple’s M2 is for the company’s next-generation Mac. As of now, we can not ascertain the official name of the M2 chip. However, we know that it will have an even bigger leap in performance. According to a recent Twitter leak from @ShrimpApplePro, Apple is working on the “final” M1 chip variant that will use the more powerful cores in the A15 chip – perhaps the M1 Ultra isn’t the end of the M1 series yet? 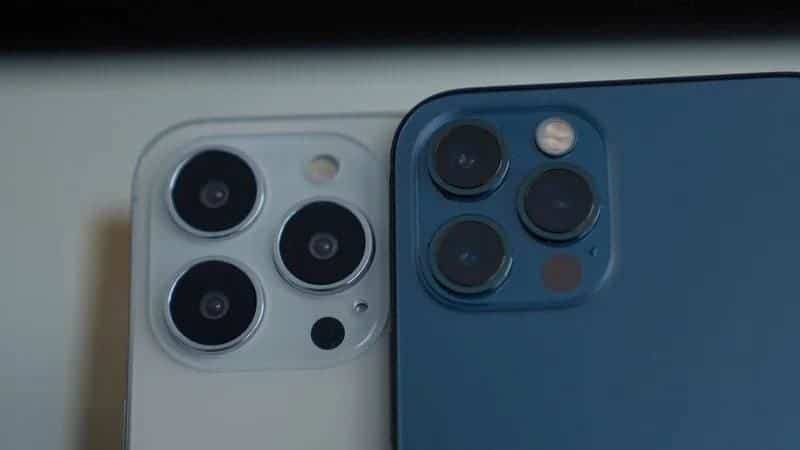 @ShrimpApplePro shared a message “from a fairly reliable source” on Twitter. The tweet reveals Apple’s plans for the upcoming A16 and M2. It also reveals the “final” version of the M1 series of chips. According to reports, the A16 Bionic will be based on TSMC’s 5nm process, which is the same as the A14, A15 and M1. According to previous reports, the A16 Bionic may come with TSMC’s 4nm process. Furthermore, DigiTimes reports that Apple plans to use TSMC’s 4nm N4P process.

A16 Bionic to use TSMC’s 5nm process

On the other hand, @ShrimpApplePro claims that the A16 bionic will use TSMC’s N5 process. This seems to indicate that the upgrade of the A16 Bionic may not be as big as imagined. The A16 Bionic SoC will reportedly feature small improvements to the CPU, GPU, and memory. According to a previous report by Tianfeng International industry analyst, Ming-Chi Kuo, @ShrimpApplePro claims that the A16 will come with the LPDDR 5 memory. Relative to the LPDDR 4X memory, LPDDR 5 memory is up to 1.5 times faster. It also has a power efficiency improvement of up to 30%. 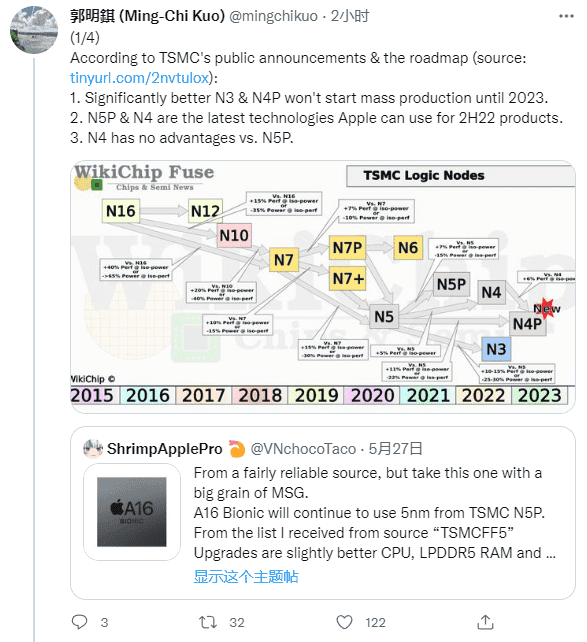 Apple is also said to be working on the final version of the M1 series, which will include an updated kernel. The M1, M1 Pro, M1 Max and M1 Ultra chips use energy-efficient “Icestorm” cores and high-performance “Firestorm” cores – just like the A14 Bionic chip. The Apple M1 variant is said to be based on the A15 Bionic. It features a “Blizzard” energy-efficient core and an “Avalanche” high-performance core.

Other reports say the A16 Bionic chip will only debut in the iPhone 14 Pro and iPhone 14 Pro Max. The regular models will come with iPhone 13’s A15 Bionic chip. The M2 chip will likely debut in the redesigned MacBook Air, before making its way to new Macs and possibly a new iPad Pro later this year. We can’t yet confirm the final names of the “A16”, and “M2” as well as the final M1 chip variant.

Ming-Chi Kuo: A16 Bionic will continue to use TSMC’s 5nm process

At the same time, Ming-Chi Kuo revealed that TSMC’s 4nm process is actually not significantly improved compared to 5nm, so it is more reasonable for A16 to choose 5nm instead of waiting for 4nm. However, although the A16 missed 4nm, it does not mean that it has no improvement over the A15.

Apple will support LPDDR5 memory for the first time on the A16, while enhancing the CPU and GPU myocardial infarction, thereby bringing a certain experience improvement. It is worth mentioning that some users believe that Apple plans to “hold a big move” on the A17 and directly use the 3nm process technology, but there is no substantive evidence for this speculation.

Next First details on the upcoming Xiaomi Band 7 Pro