According to recent leaks, Motorola is preparing a new smartphone for the mid-range market. In fact, this is just one of the many devices the company is preparing for the market. The device that will certainly steal the headlines is the alleged Motorola Edge 30 Pro, codenamed Motorola Frontier. The device will bring a 200 MP main camera, being the world’s first, and a Snapdragon 8+ Gen 1 SoC. The company will also launch a new foldable smartphone, the Moto RAZR 3 with the Qualcomm Snapdragon 8+ Gen 1 SoC. Although these devices will certainly be on the headlines, the brand as we’ve said is preparing a mid-range phone dubbed Moto G42. The phone has passed through the Geekbench benchmark with key specifications.

The Motorola Moto G42 has just passed through the Geekbench listing. The device packs a Qualcomm Snapdragon SoC with the codename “hawao”. To those unaware, this chipset is a reference/codename for the Qualcomm Snapdragon 680 4G SoC. This chipset comes with 4 x Performance cores with a clock speed of 1.9 GHz and 4 x power-efficient cores clocked at up to 2.4 GHz. This processor is basically a revamped Snapdragon 665 made on a newer 6 nm manufacturing process. 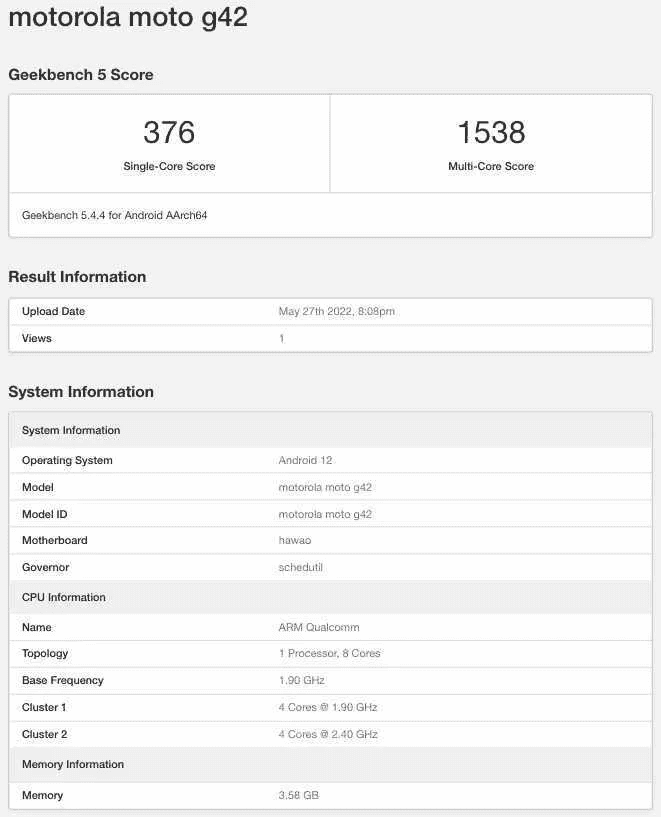 It’s not really for performance, but for power efficiency. The GPU is an Adreno 610 which can run games at modest graphic settings. On Geekbench, the phone passed with 4 GB of RAM. However, we expect more variants. In terms of software, Geekbench confirms Android 12 OS. In terms of benchmark, the phone scores 376 points in the single-core tests, and 1538 in the multi-core department. 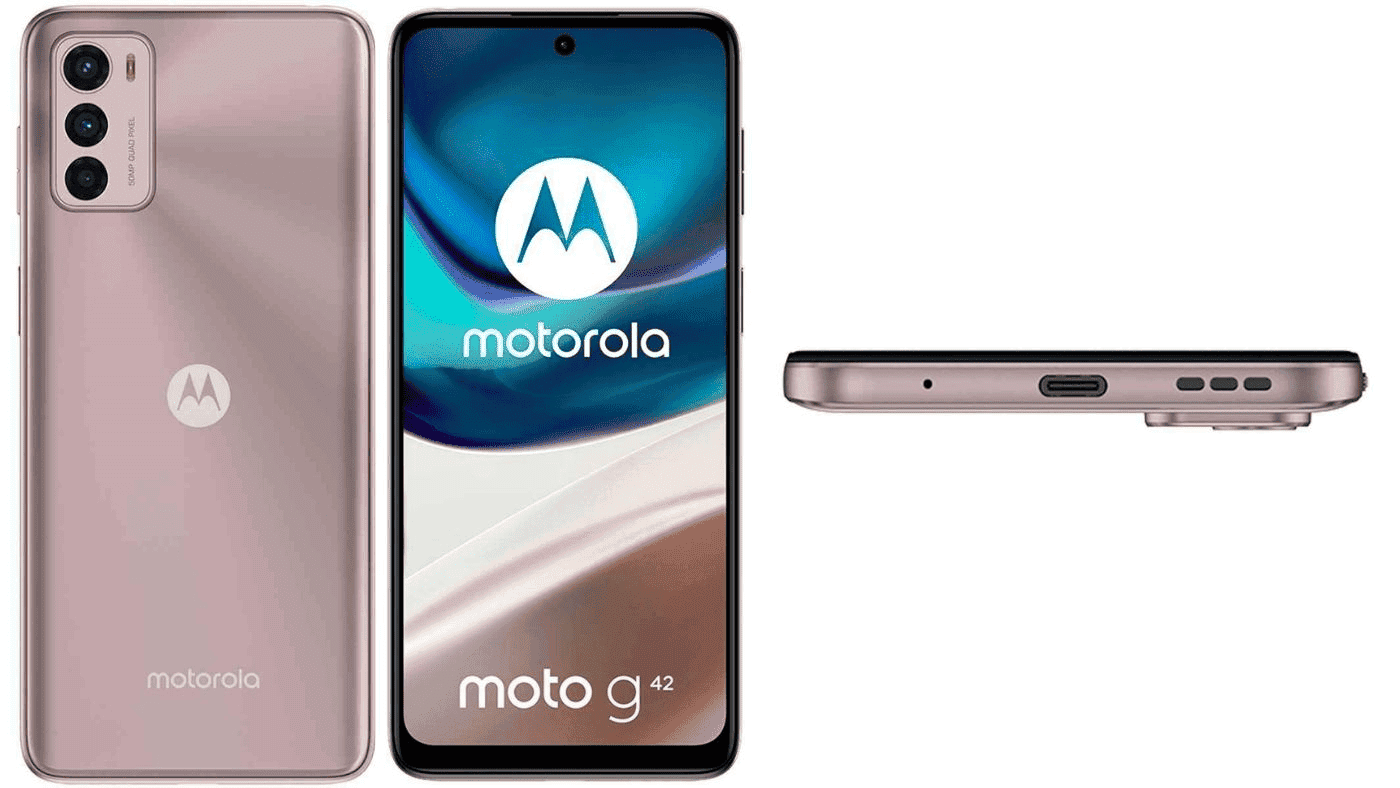 Unfortunately, not much is known regarding display, camera, and battery details. The Moto G42 will likely bring a huge battery with a modest charging speed. Other features include an OLED panel which already put it above many mid-range devices. Other features include NFC, dual-band Wi-Fi, triple-rear camera setup, and USB Type C.

Previous iPhone 14 Pro will get this Samsung Galaxy S22 feature