It’s sad to see smartphones being launched at this point with Android 11, but that is still happening. The situation is improving, but earlier this year, we saw many smartphones arriving with Android 11 for a number of reasons. The Realme 9i was a 2022 smartphone, the first one for the Realme 9 series, but unfortunately arrived with Android 11 and Realme UI 2.0 Its siblings Realme 9 Pro and Realme 9 Pro+ arrived with Realme UI 3.0 which is based on Android 12. Several months after the launch, the company is finally introducing the phone into the Realme UI 3.0 early access program. The early access certainly means that the device will take at least two or three months to reach stability, but it’s better late than never.

Realme promised the early access program to open in May, and almost missed it. However, with a few hours away from June, the company managed to announce the program expansion to the Realme 9i. As usual, early access mean that this is an unfinished build on its first steps. Also, there are limited seats. So it’s better to be fast if you want to experience Android 12 on your device from day zero. The process is simple. You just need to head to Settings >> Software Update menu. You’ll be able to tap on Trial version >> Apply now. You’ll submit the required details. If your application is accepted, then you will receive an update. 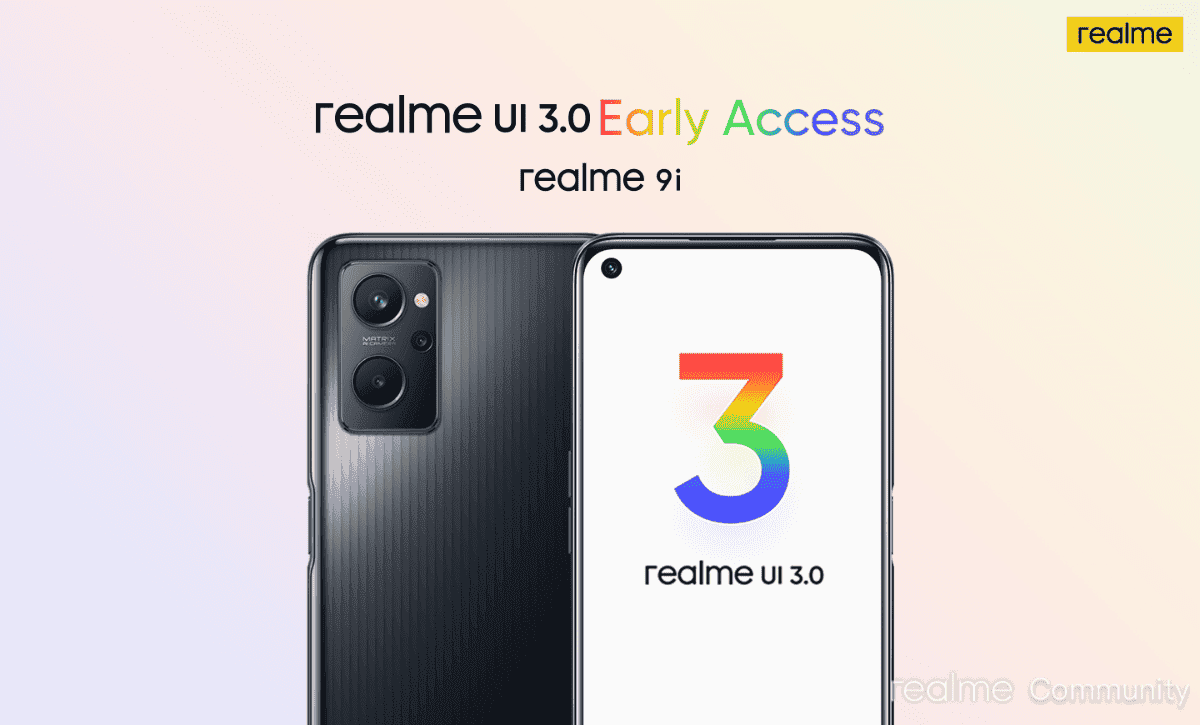 Realme 9i is now a few steps closer to Android 12 and Realme UI 3.0

To be more specific, there are only 1000 slots for this early access build. So it’s better to hurry if you’re bored with Android 11 and want to experience Realme UI 3.0 and its new goodies. However, keep in mind, that as early software, the update will contain bugs. These bugs can compromise the user experience. Especially if you need the phone’s features working stable for an entire day. So, if the device is your daily driver and you don’t have time for reverting the software, it’s better to wait a few months.

We say months because Realme has opened the Early Acess program for the Realme 8i in March 2022. The device is reaching the “Open Beta” channel now at the end of this month. The open beta is still a few steps before stability, but we can see an interval of two to three months between Early Access and Stability. The Realme 9i may walk through a similar pass. Unless that Realme decides to be faster with the 2022 smartphone. Honestly, we don’t think this will happen, the device is from early 2022, and had to wait until now for getting into the program. So, it’s better to be patient.

The company is busy with the imminent release of the Realme GT Neo 3T, but it’s good to see that the software team keeps advancing.

Next Black Shark 5 series will reach Malaysia on June 8