A new Oppo K series 5G phone could launch in India soon. To recap, Oppo launched the K10 in India earlier this year. Also, the company is prepping to launch the Reno 8 series in the country. Meanwhile, Oppo is reportedly gearing up to bring a new 5G-ready phone to India. Moreover, this could be a K-series smartphone. Now, the Chinese consumer electronics giant is still mum on its plan to announce a new K-series phone in India.

However, the word on the street is that a new Oppo K series 5G phone is headed to India. This piece of information comes from noted leaker Mukul Sharma. According to Mukul, Oppo will launch a new K-series phone soon. Further, the tipster claims that the new handset will support 5G connectivity. He goes on to predict that the phone will be available for purchase in India via Flipkart. Also, Mukul shared an image of the purported handset in his tweet.

[Exclusive] OPPO is coming up with a new 5G K series device in India.
In all likelihood, the device will be sold via Flipkart and will have an aesthetic appeal with a sleek design.
The launch is likely to happen next week.
Feel free to retweet 😉#OPPOKSeries pic.twitter.com/Q9Ob28Qede

According to a report by MySmartPrice, the phone could launch as the Oppo K10 Pro. Alternatively, the report suggests that it could land in India with the Oppo K10x moniker. The K10x could turn out to be a rebranded version of the Realme V25. However, nothing is set in stone yet. Further, the alleged K series phone could adopt a sleek design. So, the new K series phone could be thin and light. Moreover, Mukul claims that the Oppo K series 5G phone will launch in India by next week.

Regrettably, the image does not divulge key details about the Oppo handset. Nevertheless, we can see that the side edge houses a fingerprint scanner. The Oppo K10 is currently the only K-series device available for purchase in India. Oppo took the wraps off the handset back in March 2022. Moreover, the company unveiled the Enco Air 2 TWS at the same launch event. The Oppo K10 boasts a decent array of features and specs. For instance, it sports a 6.5-inch LCD with Full HD+ resolution. 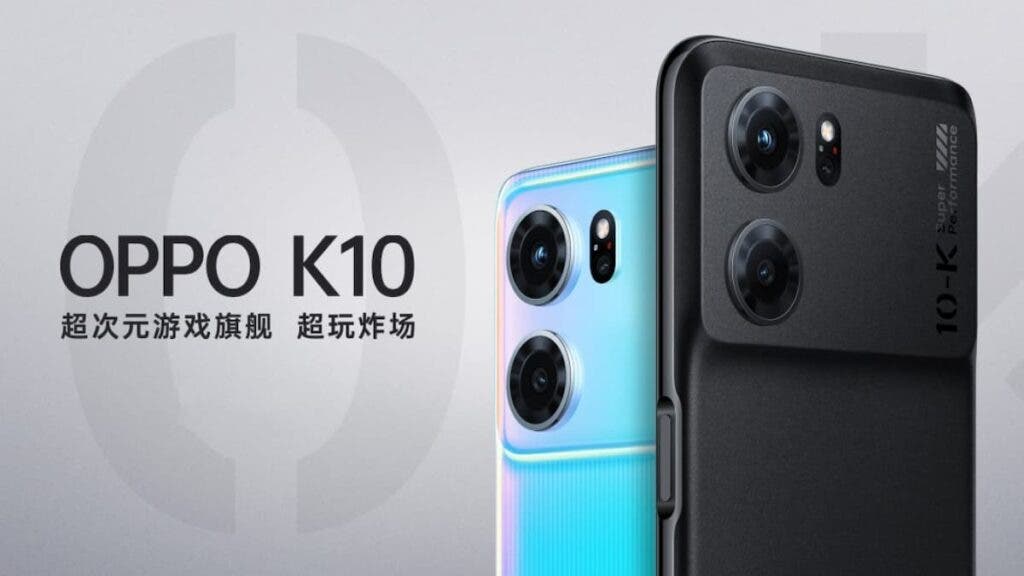 Further, the Oppo K10 delivers a 90Hz screen refresh rate. Under the hood, it packs a Qualcomm Snapdragon 680 processor. This processor pairs with Adreno 610 GPU to deliver superior graphics. Also, the K10 ships with up to 8GB RAM and offers 128GB of onboard storage capacity. The K10 comes with a sufficiently good camera setup. The rear camera module houses a 50MP primary sensor and two 2MP sensors. These 2MP sensors come in handy for depth and macro shooting.

Upfront, the Oppo K10 features a 16MP shooter for selfies and video calling. The handset uses a 5,000mAh battery to draw its juices. Also, it supports 33W fast charging. Lastly, you can purchase the Oppo K10 for INR 14, 990 from Flipkart.

Next Redmi K50i Gets BIS Certified, India Launch Around The Corner