As previously anticipated, Apple took to the WWDC 2022 keynote to unveil the next big thing, or things, for its iDevices. The company unveiled iOS 16 and its iPadOS 16 branches with many new features and a significant overhaul for the lock screen. The first day of the developer-centric conference also introduces watchOS 9, macOS Ventura. Furthermore, the stage served for the company to unleash the new Apple M2 CPU using ARM architecture. However, this article’s focus is on iOS  16 and everything it has in tow for iPhone and iPad users. The company managed to keep most of the features a secret until now, apart from some small leaks here and there.

The major change coming with iOS 16 is the lock screen. The company introduces its biggest ever update for the lock screen on iPhones and iPads. The new lock screen will allow users to customize the way the date and time portions look like. Each small element can be customized, you can set different colors with distinct shades, and different photos, and you can even add widgets to the new lock screens. It does not matter if you’re using a photo, static wallpaper, or any of the new live wallpapers. The lock screen offers a deep level of customization. And customization wasn’t one of its core features in the past. 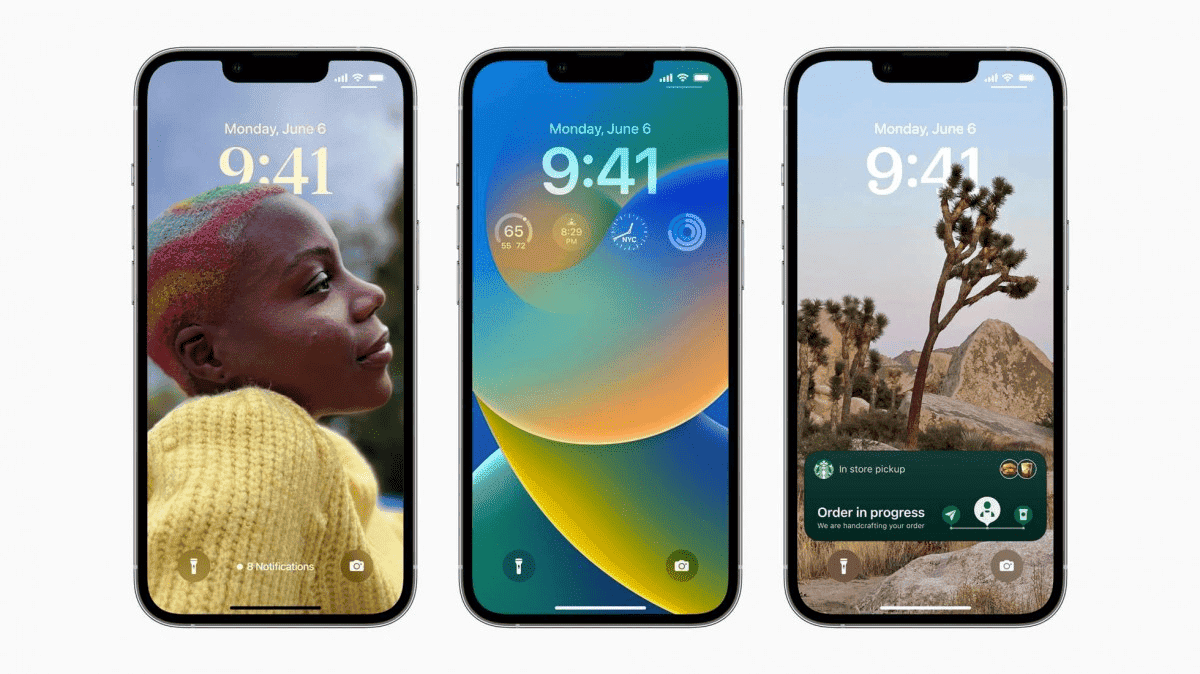 Android used to support widgets on Lockscreen in the past, but this feature was scrapped. Now, iOS brings this neat feature allowing users to customize their iPhone or iPad lock screen with their favorite or more essential widgets. The widgets will appear below the date and time. To make room for that, the notifications are now more discrete. They will be available in the lower part of the screen. Therefore, they don’t block a photo you’ve placed as wallpaper. The feature also supports Photo Shuffle, which allows you to shuffle photos you’ve pre-selected. It can also select the photos automatically if you want to. 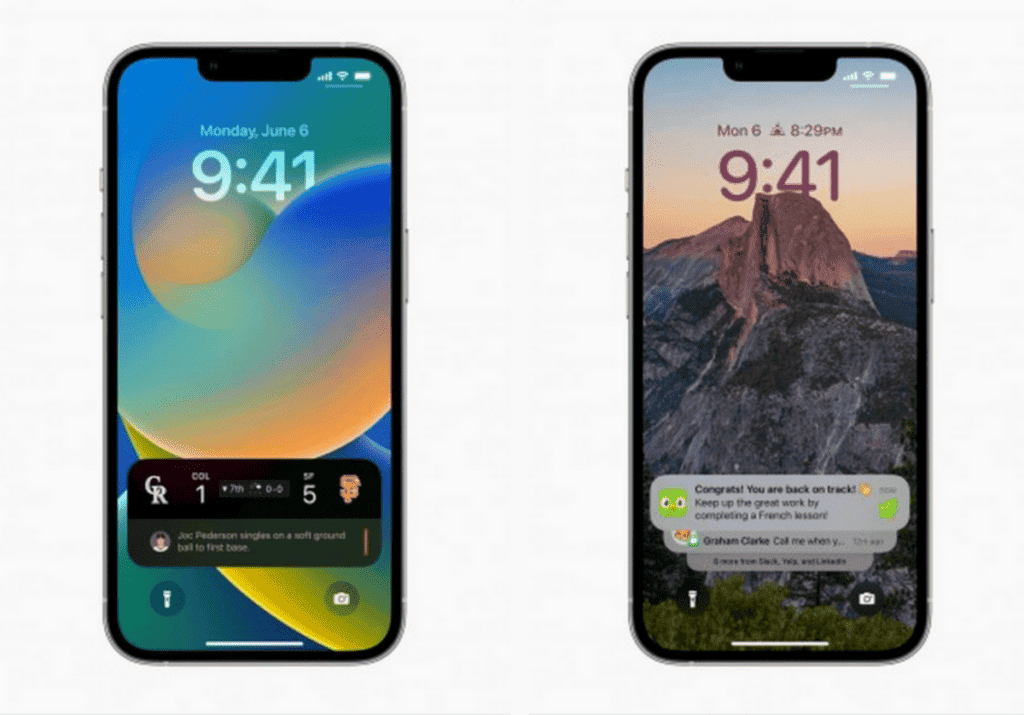 There is a new Live Activities API that enables more condensed notifications with real-time updates. It can, for example, shows games’ score or the tracking of the food you’ve asked for through an app. Unfortunately, there is no sign of an AOD feature in the WWDC. However, there are rumors it will come as an iPhone 14 Pro series exclusive feature. Maybe it will only be shown once the device gets a release.

The new Focus feature now makes way to the lock screen. It allows the user to choose desired focus straight from the lock screen and change which apps can show notifications. The look of the UI, and once you get past the lock screen, the same focus will appear on the home screen. 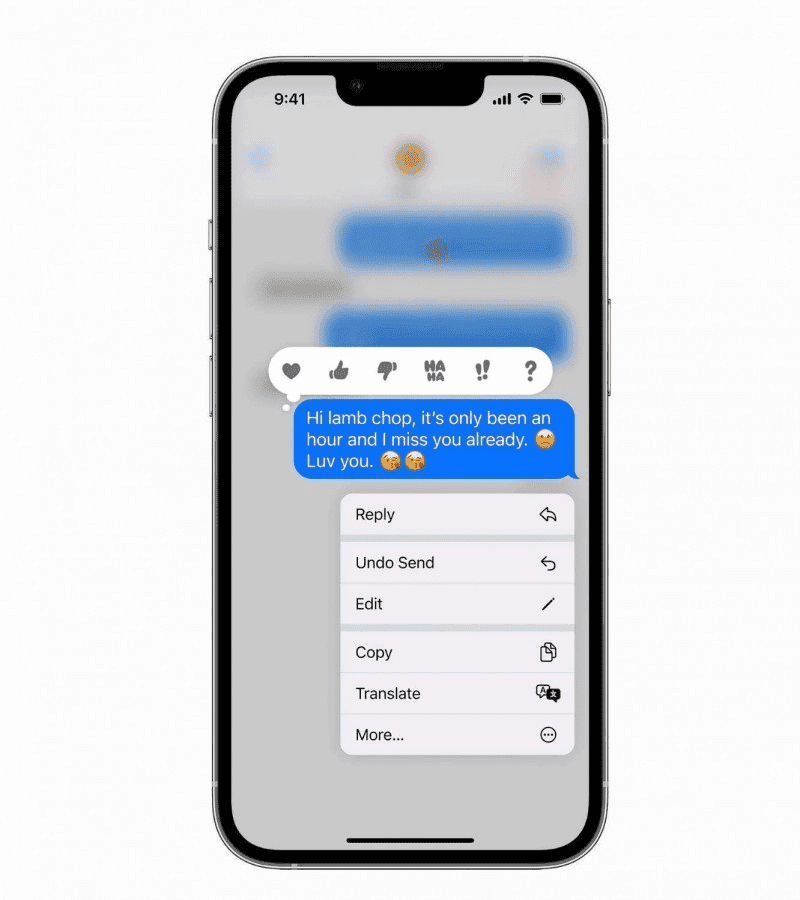 iOS 16 also introduces three new features for the Messages. You can now edit a message, and even unsend a message (Apple gave it a fancy Undo Send name). You can mark conversations as unread. There is a new Dictation mode with a few minutes of air time. It no longer needs a data connection, and a completely on-device. You can also switch between dictating and typing with the keyboard. There are automated emoji recognition, auto-punctuation, and full Siri support.

This one also gets an update today and allows you to copy down text from photos. It will even work with videos without any hassle.

Apple Wallet was one of the biggest things within iOS 15. Apple has been working hard to place the Wallet app the place to go for payments, documents, etc. Now, with iOS 16 apps will be able to access Wallet to verify you. You’ll be able to share only essential information. Moreover, it’s now possible to share virtual keys through Wallet to Messages, or specific 3rd party applications. 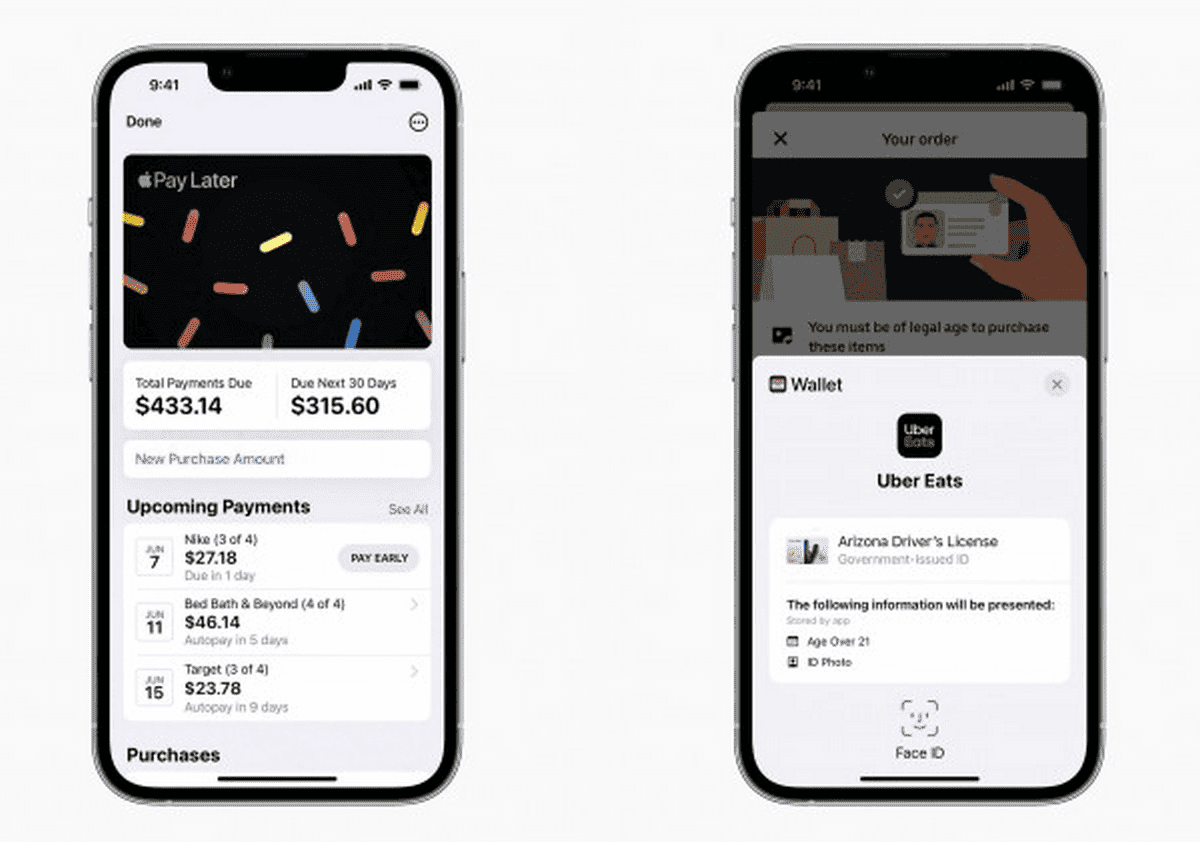 The new Apple Pay Later allows the user to split a purchase in for equal payments for up to six weeks. It’s an interesting feature, especially in these times of inflation. There is also Apple Pay Order Tracking that will save detailed receipts in the Wallet and show order tracking information. 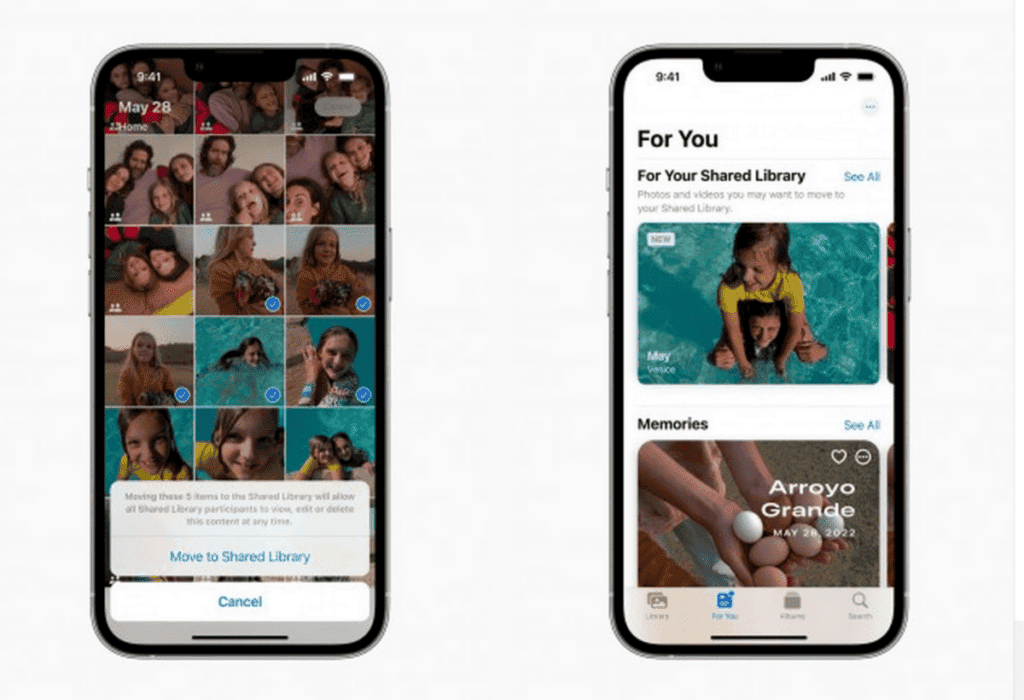 There is a new iCloud Shared Photo Library. You’ll be able to create a separate iCloud library for up to six people to add photos from their libraries. It’s also possible to share photos based on a start date or people in the photos.

Apple is yet again improving the Apple Maps. Not a big surprise since the company wants to have a solid ecosystem without relying on Google. The new Apple Maps adds support for 11 more countries. The list includes new places such as France, Switzerland, and New Zealand. 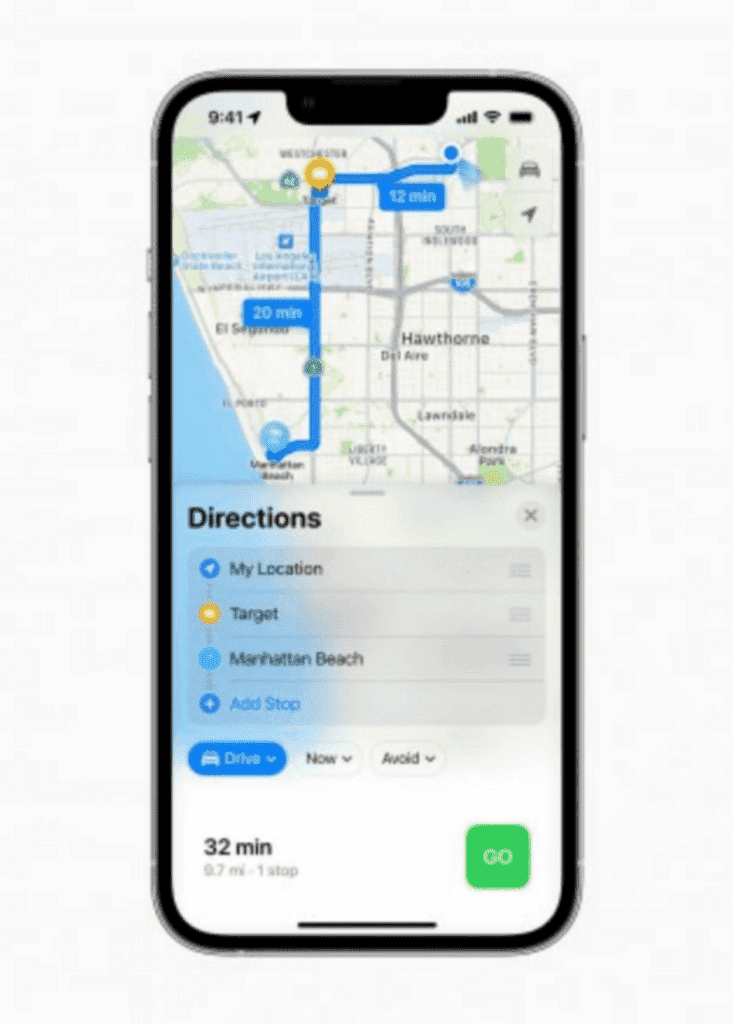 The app also gets a multistep routine. It allows you to add up to 15 stops to a journey. City experiences will show a 3D version of Las Vegas. Other six cities also get 3D support such as Miami, Chicago, and Sydney. The new look will feature 3D scans, elevation, and transit navigation. 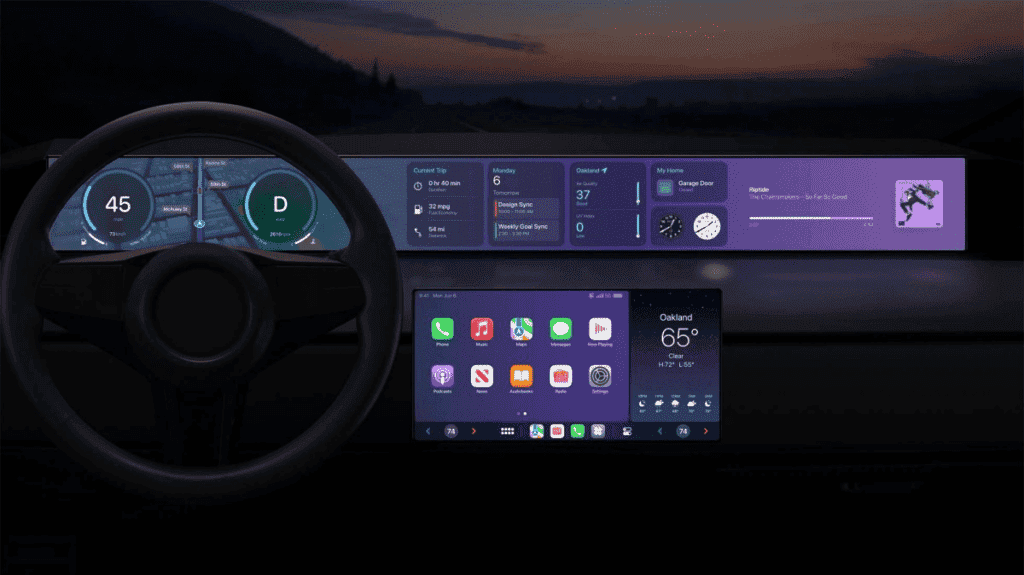 Apple is introducing a new Carplay generation. It will reach some select cars at the end of 2023. It gets a major redesign and will work on all available screens in a car, including the driver’s display. Therefore, it needs a lot of smart displays. It allows Carplay to read and show important info such as speed, RPM, fuel, and temperature levels. It will also enable full customization on all the screens. Interestingly, this feature sounds like Apple preparing the way for its future electric and smart cars. 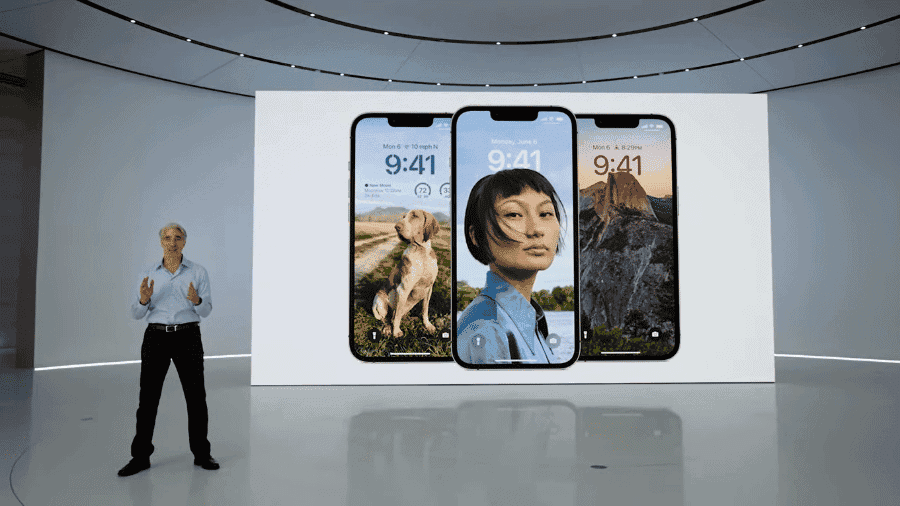 There are a lot of other features coming with iOS 16 such as new memoji customizations, new enhancements for the overall system and etc. We’ll be covering these details through the software’s continuous development.

The developer preview of iOS is already up for Developer Program members. The public beta, on the other hand, will reach iOS beta users in the next month. Apple plans to unleash the full-fledged iOS 16 version in September. The new iPhone 14 series will certainly bring iOS 16 straight out of the box.

Previous Huawei gets ahead of 5G - releases 5.5G with 10Gbps downlink speed

Next iPadOS 16 brings a new multitasking experience and much more