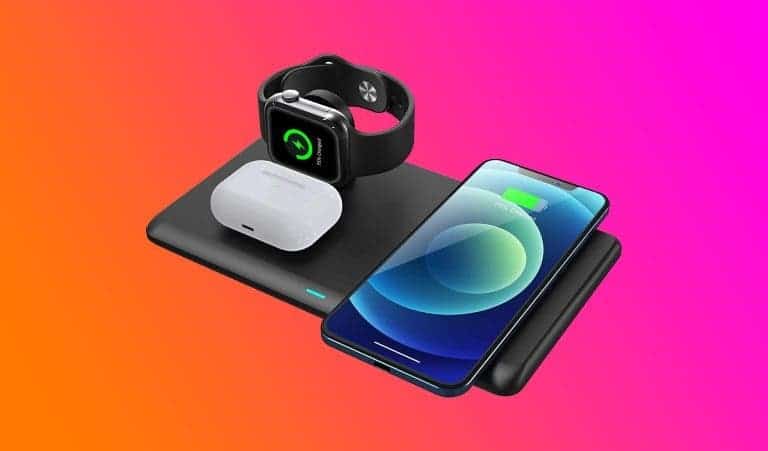 Among the new regulations, the iPhone is the most affected. This is because at present Android smartphones all basically come with USB Type-C. However, Apple has been insisting on using the Lightning charger on its iPhones. Nevertheless, things will obviously change soon. The advancement of the new regulations will also further promote the replacement of the Type-C interface with higher popularity and performance on the iPhone. According to the current planning time, the iPhone 16 should use the USB Type-C interface in Europe. However, the company could decide to use the USB Type-C on the iPhone earlier.

It is also worth noting that in addition to the charging port, the European Parliament’s Internal Market and Consumer Protection Committee also announced other content of the agreement through social platforms. It shows that the local area also needs to unify the fast charging technology. Furthermore, it will promote the separation of charger sales and equipment sales. 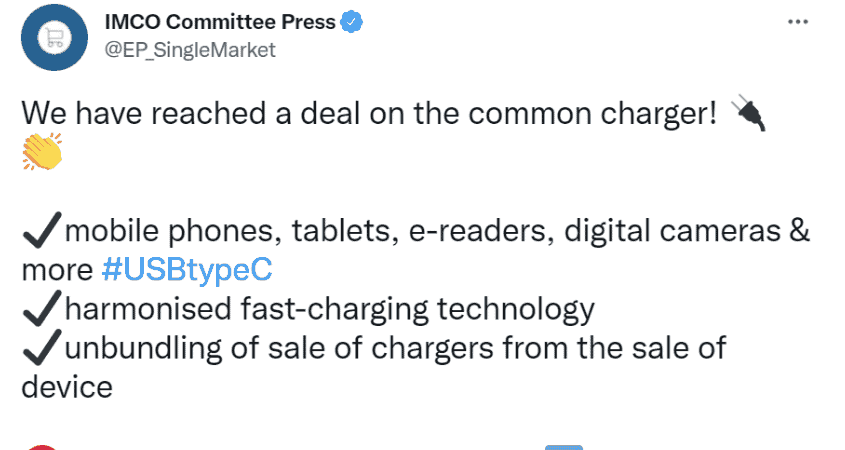 Looking at Apple’s current scenario, only the last point is in the company’s favour. Apple already sells its smartphones and chargers separately. Thus, it is already complying. However, Apple is significantly behind in the fast charging technology. This new requirement will force Apple to probably increase its fast-charging capacity.

Do you think Apple can safely improve these two?

The European Union Internal Market and Consumer Commission (IMCO) said on the social platform that lawmakers have reached an agreement on a unified charging interface. It is a little strange that the official start time of this meeting is 18:30 Beijing time, but IMCO announced it in advance.

As mentioned earlier, Apple will take a serious hit with these changes. However, the European Union claims that these measures are to reduce the flooding of chargers, reduce e-waste, and contribute to a circular green economy.

Undoubtedly, this decision has the greatest impact on Apple, which is currently the only manufacturer that does not use USB Type-C charging ports in mobile phones. Apple sold 241 million iPhones last year, of which 56 million were absorbed by the European market.

In fact, analysts including Ming-Chi Kuo have predicted that Apple will switch to the USB Type-C interface for the iPhone next year. Furthermore, the popular analyst also believes that Apple will increase the level of fast charging and data transfer rates.

European Union has been on this issue for years

Finally, after many years of bickering, EU countries and lawmakers approved the use of a “single charging port”. In fact, the EU’s move has been brewing for more than 10 years, but it was not formally submitted to the bill until September last year. The European Commission said the move would not only be good for the environment but would also save users around 250 million euros ($293 million) a year.

According to the European Commission’s proposal, USB Type-C will become the standard interface for all smartphones, tablets, cameras, headphones, portable speakers, and handheld video game consoles. In addition, chargers will also be sold separately from electronic devices.

Regardless, there have been rumors in recent months that Apple may be moving forward with its own USB Type-C plans. There are reports that Apple is testing iPhone 15 models with a USB Type-C port. The iPhone 15 will be available in the fall of 2023, while this year’s iPhone 14 will continue to use the Lightning port.

European Union: Our decision does not target Apple

Out of three major changes that the European Union will make in 2024, two seriously hits Apple. For this reason, it is easy to believe that the European Union is targetting Apple. However, the Union ensured that it made a strong statement in this regard. The European Commission specifically stressed that the move was not aimed at Apple. Despite a decade of negotiations, the companies failed to agree on a common solution. According to reports, after negotiation for the past ten years, charging interfaces significantly reduced. The Union claims that we now have only 3 charging interfaces from 30 ten years ago.

According to a 2019 study by the European Commission, half of the chargers with mobile phones in 2018 use a USB Micro-B interface connector. Furthermore, 29% use a USB Type-C connector, while 21% come with a Lightning connector.

Apple has objected to the proposal. Apple has previously said: “We remain concerned that allowing only one type of charger will stifle rather than incentivize innovation. This will in turn harm consumers in Europe and around the world”.

Thierry Breton, the European Commission’s industry director, said today:.. “It will also allow new technologies such as wireless charging to emerge and mature without innovation. It will become a source of market fragmentation and consumer inconvenience.”