35% of Android smartphones will soon no longer receive security patches. Without these patches, phones will find themselves vulnerable to hacks. Many devices are unable to install a newer version of Google’s operating system.

Bitdefender, the famous antivirus, has just published a report dedicated to the security of Android smartphones. The company’s computer security experts point to the Android distribution problem. “Android devices take around 70% of the market, but many of these devices pose a security risk because Google no longer supports them,” says Bitdefender.

Many smartphones still run on years-old versions of Android. Deprived of security patches, these older versions are the gateways favored by hackers. Far too many consumers overlook the importance of security patches and continue to use a vulnerable device years after it was declared obsolete by the manufacturer, the report says. 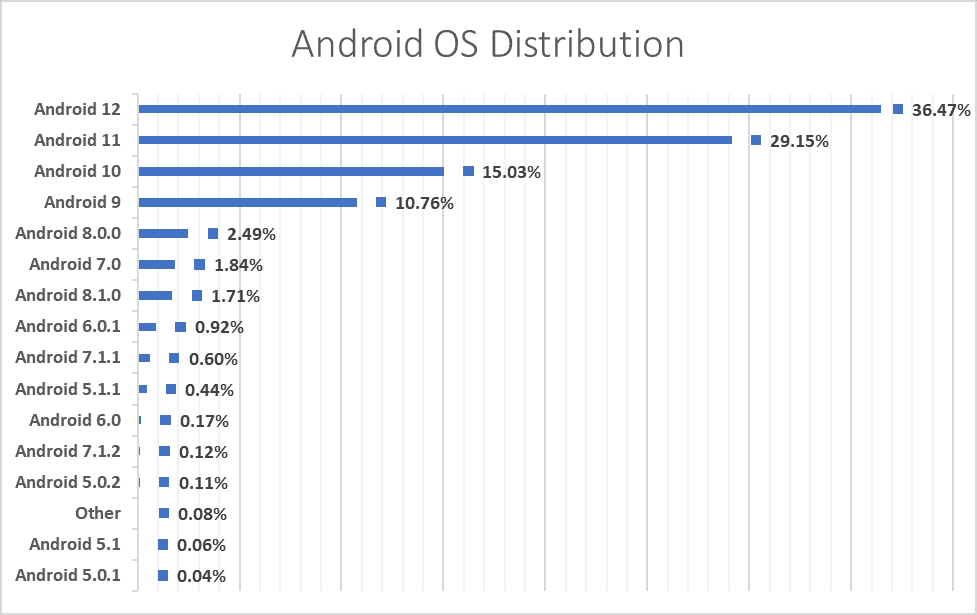 “We can still find devices running versions of Android released a decade ago, and they’re much more popular than you might think,” Bitdefender says. To prove its claims, the company examined smartphones that use the Bitdefender app. As expected, there are a large number of devices that haven’t upgraded to Android 12 or Android 11.

In detail, Android 12 represents 36.47% of the smartphones taken into account in the study. For its part, Android 11 is running on 29.15% of devices. Note that Android 10 still equips 15.03% of devices. As Bitdefender points out, this version of Android will no longer get support by Google from September 2022 when Android 13 will be available in the final and stable version.

So, 35% of Android smartphones in use worldwide will no longer get security patches, which leaves the door open to hackers. Without taking into account Android 10, we realize that 20% of devices are already vulnerable. Bitdefender recommends to “consider the support period when purchasing a new device”. The firm advises avoiding smartphones with insufficient software support.

Previous Oppo Reno 7A: The first renderings are leaked