The developmental trend in the automobile industry is swiftly moving towards a pure electric vehicle market. As of today, many regular gasoline car brands are already making electric cars. Some of these brands also make hybrid cars. However, it is only a matter of time before luxury car brands start making a good number of luxury electric cars. According to Bloomberg, the Italian automaker, Ferrari has accelerated the pace of getting rid of the internal combustion engine. The company will launch its first all-electric model in 2025 and achieve carbon neutrality by 2030. 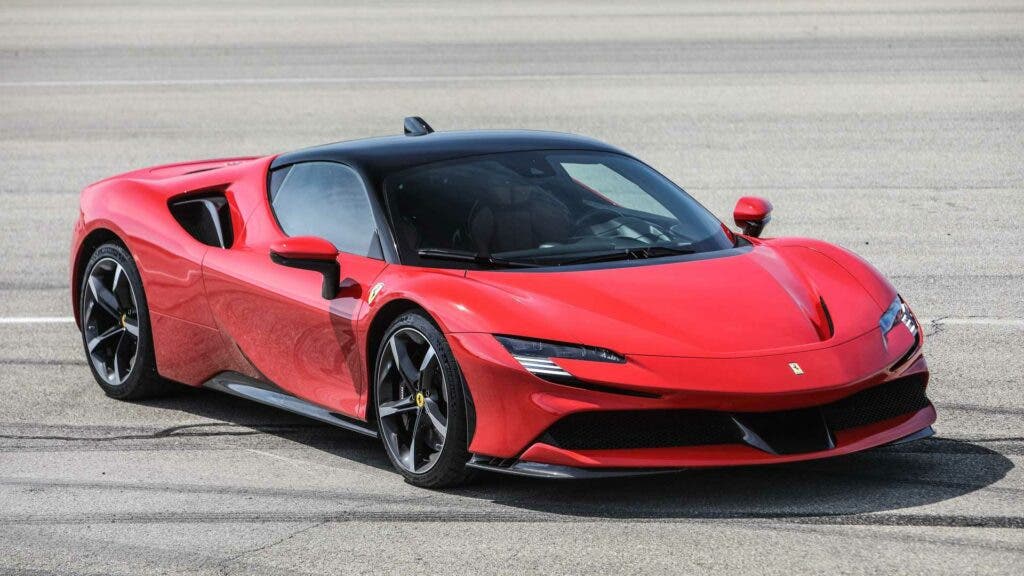 Ferrari held a capital market day today and told investors that the company expects adjusted earnings before interest, taxes, depreciation and amortization in 2026 to climb from last year’s 1.5 billion euros to as high as 2.7 billion euros.

Ferrari’s electric car will have the highest power density

Ferrari’s CEO said the company’s all-electric cars will have the highest power density, derived from Formula 1 experience. The company will design and manufacture its own electric motors, inverters and battery modules for the new electric models. The company expects all-electric models to account for 5% of sales in 2025 and 40% in 2030; hybrid models will account for 55% of sales in 2025 and 40% in 2030. Ferrari’s CEO also mentions that 15 new models will launch between 2023 and 2026. The new Purosangue SUV will not yet be the company’s most valuable product but will be an “interesting” addition to its lineup.

“I believe ICE [internal combustion engine] has a lot to give…On one side, we have to cope with emissions regulations, but most importantly we see electrification as a way, as a technology, that can enhance the performance of what we do.”

Ferrari also said it would expand its Maranello plant to make electric cars and design batteries, confirming previous media reports. As a luxury sports car manufacturer, we expect the all-electric car to also be a luxury sports car. As of today, the cheapest electric car on the market is around the $20,000 price tag. However, the cheapest Ferrari car is about ten times that amount, about $200,000. Obviously, the all-electric Ferarri car will be much more expensive than $200,000.

Previous Google is yet to officially leave Russia - could this be greed?

Next Oppo Reno 7 A lands in Japan with Snapdragon 695