Twitter account Shadow_Leak has shared a “live” photo of the upcoming flagship Xiaomi 12 Ultra. It will be a very interesting model.

The photo shows that the emphasis is on the camera of the smartphone. And this is consistent with early information about the model; the company promised to release the first smartphone in partnership with Leica in July this year. We can see the logo of the German camera manufacturer next to the camera unit.

According to rumors, the Xiaomi 12 Ultra will have a 50MP main camera module with optical image stabilization; a 48MP telephoto module and a 48MP ultra-wide one. We also expect that the smartphone will receive the most powerful Snapdragon 8 Plus Gen 1 platform at the moment, a 6.73-inch screen and 5000mah battery with 120W fast charging. 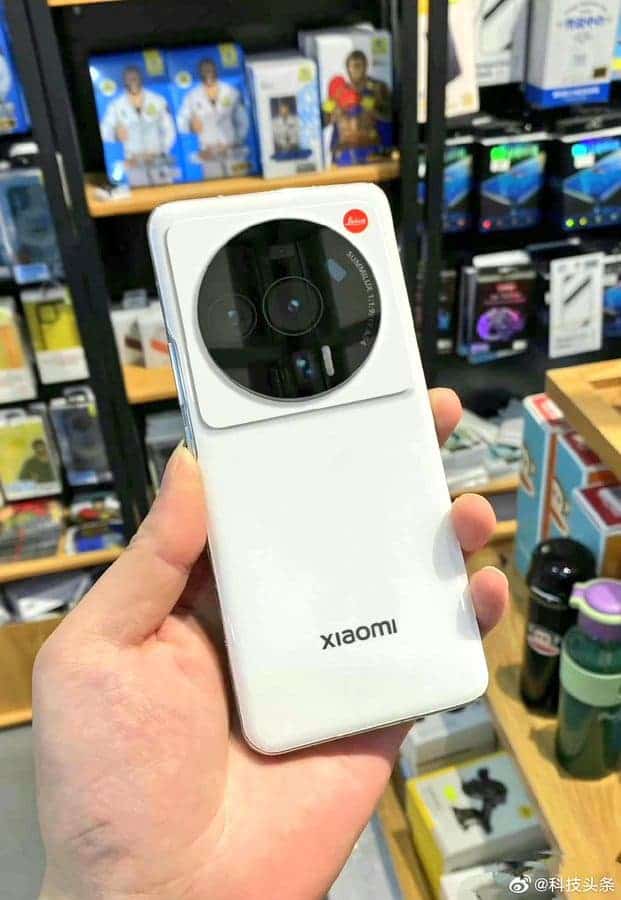 Xiaomi 12 Ultra is coming with a big rear camera

At the same time, the well-known insider Digital Chat Station published interesting data: according to him, Xiaomi smartphones codenamed L1, L2S and L3S will receive 12 GB of RAM and 512 GB of flash memory in the top version. These codes belong respectively to the Xiaomi 12 Ultra, Xiaomi 12s and Xiaomi 12s Pro. Therefore, there was an assumption that all three smartphones will debut simultaneously in July; although Xiaomi 12 Ultra was previously in plans for July; and the premiere of Xiaomi 12s and Xiaomi 12s Pro will take place later – in August or September.

According to the insider Yogesh Brar, who previously accurately described a number of features of the Pixel 6 and Motorola Edge 30 smartphones, listed the characteristics of Xiaomi’s upcoming super-flagship. The device will not receive a 120-watt charge, limiting itself to only 67-watt. Wireless will be 50-watt. Also Xiaomi 12 Ultra, according to the insider, will be left without a 200-megapixel camera: the set of sensors will be the same (at least in terms of megapixels) as that of Xiaomi 11 Ultra, that is, we are talking about the main camera with a resolution of 50 megapixels, a width of 48 MP and periscope telephoto with the same resolution.