If you remember, the first-gen folding screen smartphones of both Samsung and Huawei have been delayed several times because of various issues related to the display. After all, they were out and this new form factor has become very popular. Moreover, with every iteration, they become more mature. In this regard, there are leaks that the upcoming Samsung foldable smartphones will improve the displays a lot. Particularly, the forthcoming Samsung Galaxy Z Fold 4 will have a less prominent display crease than the Galaxy Z Fold 3.

A very reliable source has already captured the inner foldable display of the Samsung Galaxy Z Fold 4 on camera and shared it on Twitter.

Nothing else is seen in the photo. Plus, the photos are blurry. So we can’t make further assumptions. However, if this is accurate information, it simply means Samsung has been able to solve one of the pain points of its folding screen smartphones.

What Else We’ve Heard About Samsung Galaxy Z Fold 4?

A month earlier, we saw some renders of the phone showing a squarish design. the internal screen ratio of the Samsung Galaxy Z Fold 4 should change from 5:4 to 6:5. At the same time, the external screen ratio will get some changes as well – from 24.5:9 to 23:9. Thus, it’s going to have a square shape rather than a rectangular shape. 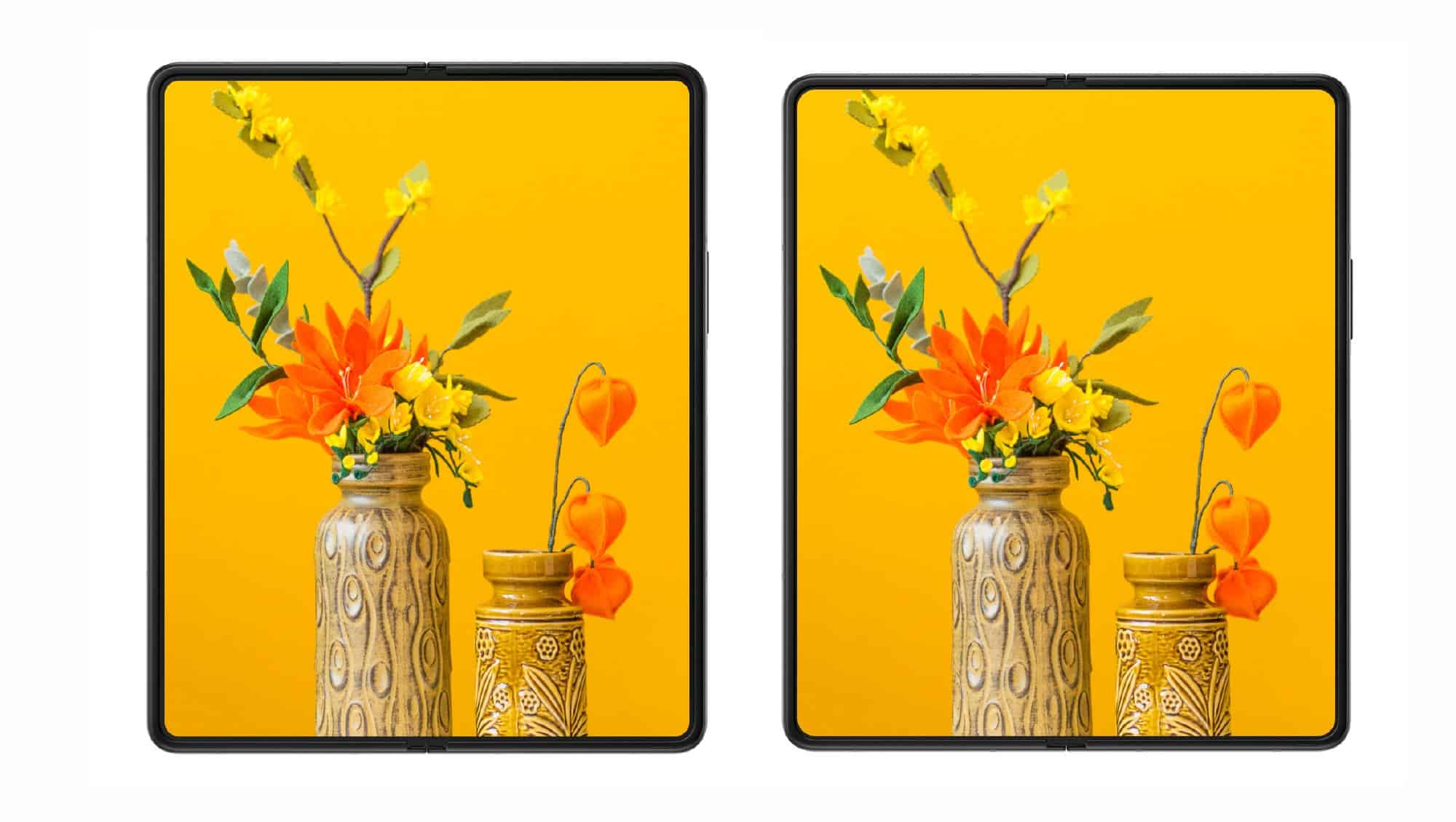 There is nothing official but we think the South Korean company will uncover the new two Galaxy Z Fold 4 and Z Flip 4 foldable smartphones on August 10. And they ought to go on sale after a couple of weeks. However, there are still two months before it is out, and we will hear too much about the forthcoming models.