There have been several cases of smartphones dropping into a river never to be seen again. In some of these cases, if the smartphone is recovered, it is often damaged beyond repair. However, there have been reports of smartphones recovered from the bottom of rivers and still working. Nevertheless, if the phone drops for a few minutes or hours, after recovery, users will still have hope that it will work especially if it is IP68 water and dust proof. However, when a smartphone has lived at the bottom of a river for 10 months, no one expects anything from the device. 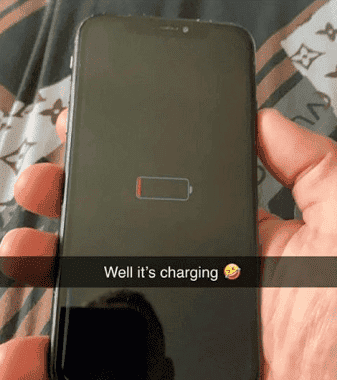 Recently, a British man was fortunate enough to recover his iPhone that had been in the river for 10 months. Surprisingly, the phone was revived after drying, and all functions still work normally.

According to reports, a British man (Davies) in the U.K. was at a party in August last year when he accidentally dropped his iPhone into the river while he was canoeing. In early June, Miguel Pacheco in one of his expeditions recovered the iPhone. At first, Pacheco didn’t hold out much hope for the device, and he used an air compressor to dry it. Unexpectedly, the smartphone still charges and after drying for 24 hours, the device still comes on. The phone wallpaper is a photo of a man and a woman and shows the date the device fell into the water – August 13. 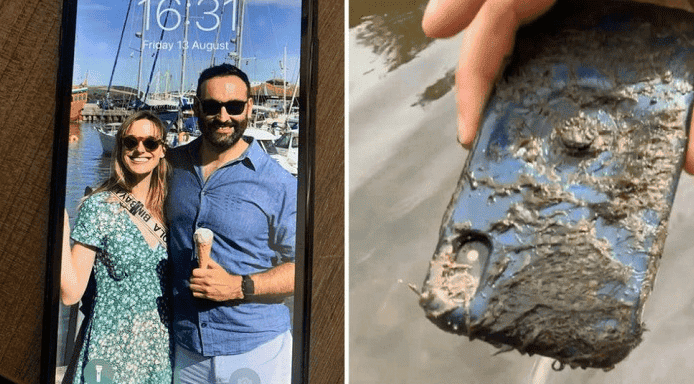 Pacheco then posted the photo on social media hoping to find its owner. Friends of Davies recognized the iPhone after the photo was shared more than 4,000 times. In the end, the phone, which had been dormant in the river for 10 months, returned to its owner. Recent generations of iPhones are rated IP68 for dust and water resistance. This means they can last up to 30 minutes in 1.5 meters of water. It’s amazing how this Apple iPhone still works after 10 months underwater.