“Diablo: Immortal” is a free massive online multiplayer action role-playing game jointly developed by Blizzard and NetEase. It was announced at the end of 2018 but was officially launched some weeks ago. AppMagic data released by MobileGamer.biz shows that “Diablo: Immortal” hit a peak of $2.4 million in daily revenue in the first week after its release. In the first month, this game earns about $48.9 million. This is only 30% of the data in the Apple App Store or Google Play. 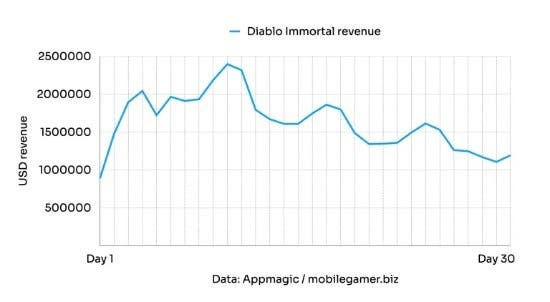 According to data from market intelligence tool Appmagic, the mobile game Diablo: Immortal has been downloaded more than 8.5 million times in the two weeks since its launch. Furthermore, its revenue now exceeds $24 million. That makes Diablo Immortal the second-highest-grossing mobile game for Blizzard, behind only the mobile version of the card game Hearthstone.

According to statistics, “Diablo: Immortal” is most popular in the United States, with users accounting for 43% of all revenue. This game is also quite popular in South Korea as it provides 23% of its revenue. Japan, Germany and Canada account for 8%, 6% and 3%, respectively. The remaining 17% of revenue comes from other markets.

Despite the strong revenue performance, user reviews for Diablo: Immortal were mediocre. The game’s Metacritic user rating recently hit 0.2/10, the lowest score in the site’s history. According to the official introduction, the new “Diablo: Immortal” will bring players the real experience of playing “Diablo” on touch-screen devices. Intuitive controls, gestures, and touchscreen controls give players total control over their heroes. In addition, the experience of destroying endless demons is as easy as using a controller and keyboard.

Blizzard is preparing to release “Diablo Immortal” on the iOS and Android platforms at 9:00 am on July 8. The company will also launch the PC Beta version in the Asia-Pacific region. The regions include Hong Kong, Indonesia, Macau, Malaysia, Philippines, Singapore, Taiwan, and Thailand. 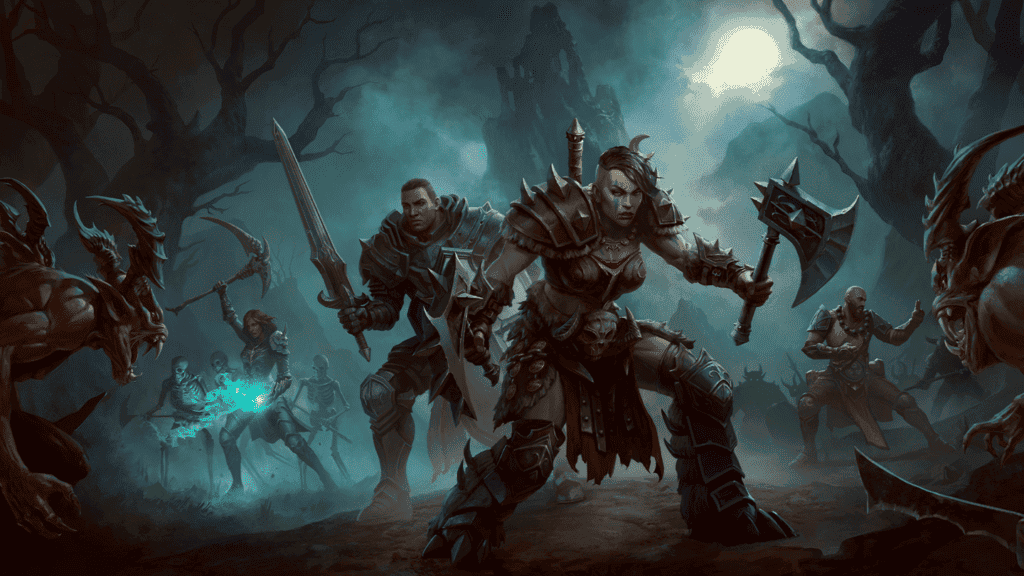 Players can now pre-download the PC version of “Diablo Immortal”. After the official release on July 8, you can immediately start playing. Blizzard recommends a 1080p minimum display specification. It also recommends GTX 770 as well as 24GB of storage space.

Last month, the official website of “Diablo: Immortal” Chinese server issued an announcement that “Diablo: Immortal” original launch plan on June 23 will be delayed. As of now, there is no new launch date for this game in China. The “Diablo: Immortal” project team stated that the development team is making a number of optimization adjustments to the game. It will support a wider range of models and devices as well as the highest image quality.

“Diablo: Immortal” is a large-scale online multiplayer action role-playing game in the series. An official announcement reveals that the company will delay the launch of Diablo Immortal in the Asia Pacific until July 8th.

Diablo Immortal is our first mobile-focused game, and staggering the launch time of each region gives us the opportunity to learn from different stages to improve subsequent stages and provide players with smoother downloads and gaming experience. We’re extending the Asia Pacific launch of Diablo Immortal to July 8th.

Blizzard’s official previously announced “Diablo Immortal” global public beta schedule shows that the game will be launched in the United States first. However, it appears that China will be the last to get this game. Looking at it now, other Asia-Pacific regions will launch later than China.

Blizzard’s first in-app purchase mobile game “Diablo Immortal” has been criticized a lot since its release in 2018. On June 3, 2022, this game co-operated by Blizzard and NetEase was launched smoothly, but there were more scolding. Although the gameplay, picture quality and operating experience are still good, many players do not understand the “coercive” revenue method. 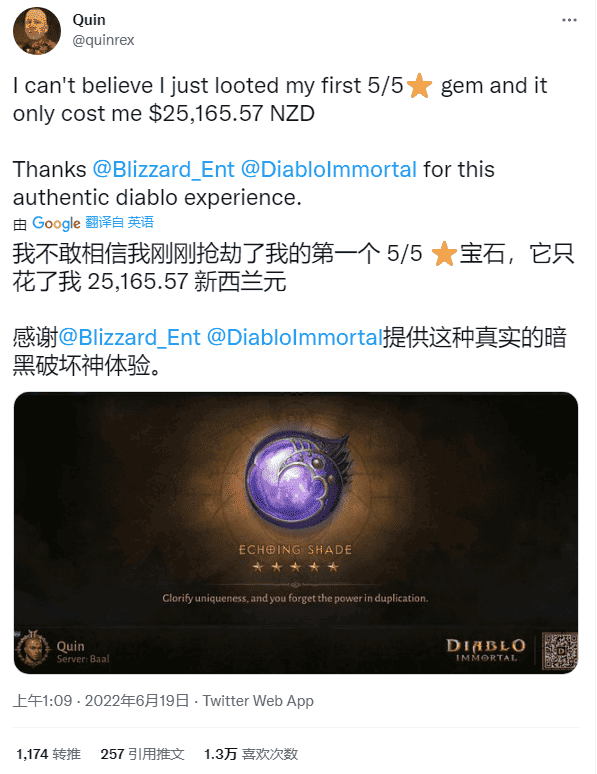 According to YouTuber @BellularNews, the game requires players to purchase “legendary gems” to strengthen their characters. This system also determines the upper limit of the player’s strength, so it is the core mechanism for this game. However, at this stage, if you want a character full of “gems” it would actually cost upwards of $110,000. Despite its notoriety, there is no doubt that this strategy has been a success for Blizzard. App magic estimates that the company has made $24 million from the game since its release.

For example, a Twitter user reveals that he had to spend over 25,165.57 New Zealand dollars ($16,000) to unlock the five-star gems in “Diablo: Immortal”. However, to “graduate”, he needs at least 5 such gems. Despite hard work, he finally got his first 5-star gem this weekend. But actually, after getting the gem, he felt like he was missing something, so he decided to do something about it. He decides to “destroy” the gems in protest. 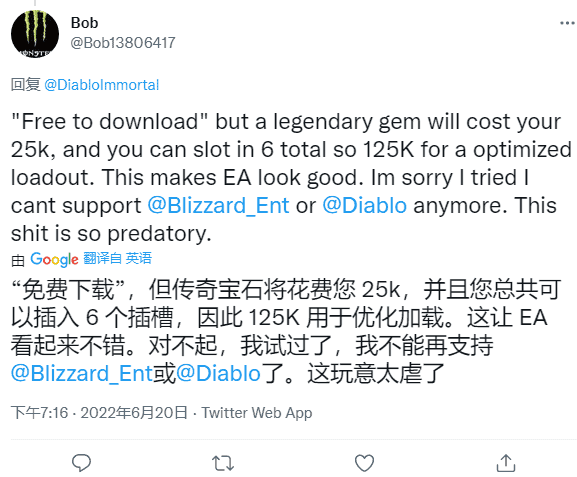 In the end, he left his “tribe” with the phrase “It’s an honour to fight with you”, after which he removed his hero entirely to make sure he wouldn’t continue playing the game in the future. “Fuck you, goddamn Blizzard,” he said to the studio before uninstalling the game for the last time, “leave my computer, you don’t deserve to be on it. Unless Diablo II is resurrected, you can stay. But, Is Diablo immortal? Get out of here.”

AppMagic data shows that Blizzard’s game has 8 million downloads on the Google Play Store and $11 million in revenue. Apple’s App Store has $13 million in revenue, not including the potential revenue of the PC version. In the mobile version, the average player is currently about $3.12 per player, and analysts believe this number will rise as players progress through the game.