The Tecno Camon 19, and Camon 19 Neo smartphones have been launched in India. They are the latest entrants in the brand’s Camon series. Moreover, the new handsets from Tecno Mobile are easy on the pocketbook. Notably, the two newly launched handsets cost less than INR 15,000. So, the Camon 19, and Camon 19 Neo will be targeting budget-conscious buyers in the country. Also, the devices boast nearly the same specifications. 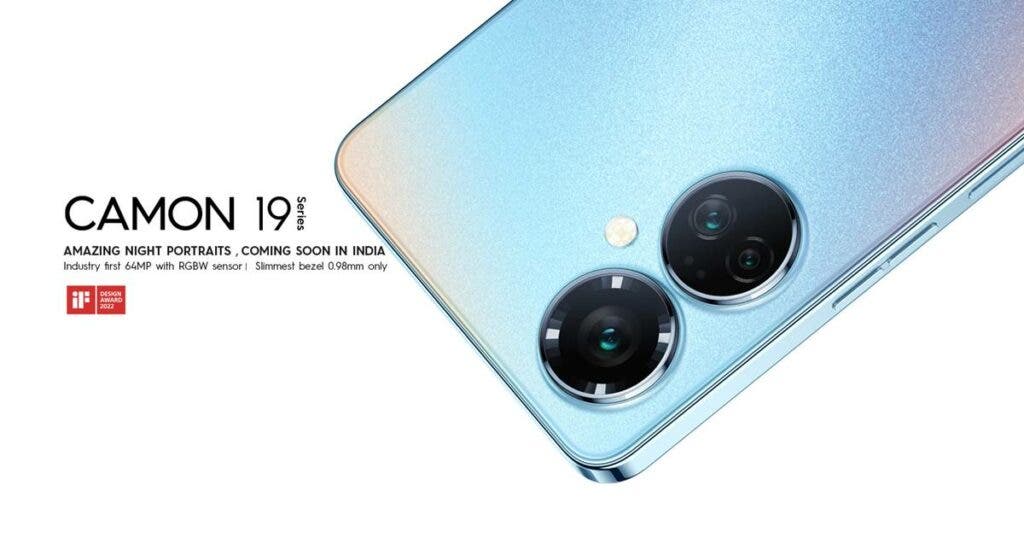 However, the most notable difference between the vanilla model and Neo is the camera setup. The rear panel is made using polycarbonate material. Moreover, there are two big cutouts at the back. These cutouts provide real estate to the three rear-mounted cameras. The Tecno Camon 19 series comprises two budget smartphones. The Camon 19 is available in a single storage option. The handset ships with 6GB RAM and 128GB of onboard storage.

Further, the Camon 19 comes with 5GB of virtual RAM. The Tecno Camon 19 price in India is INR 14,999. Also, you can choose between Geometric Green, Sea Salt White, and Eco Black color options. To recap, a microsite for the Camon 19 went live on the company’s India website earlier this month. Now, the Camon 19 Neo will be available for purchase on Amazon for a special launch price of INR 12,499. The Neo variant gets 6GB of RAM, and 128GB of internal storage. 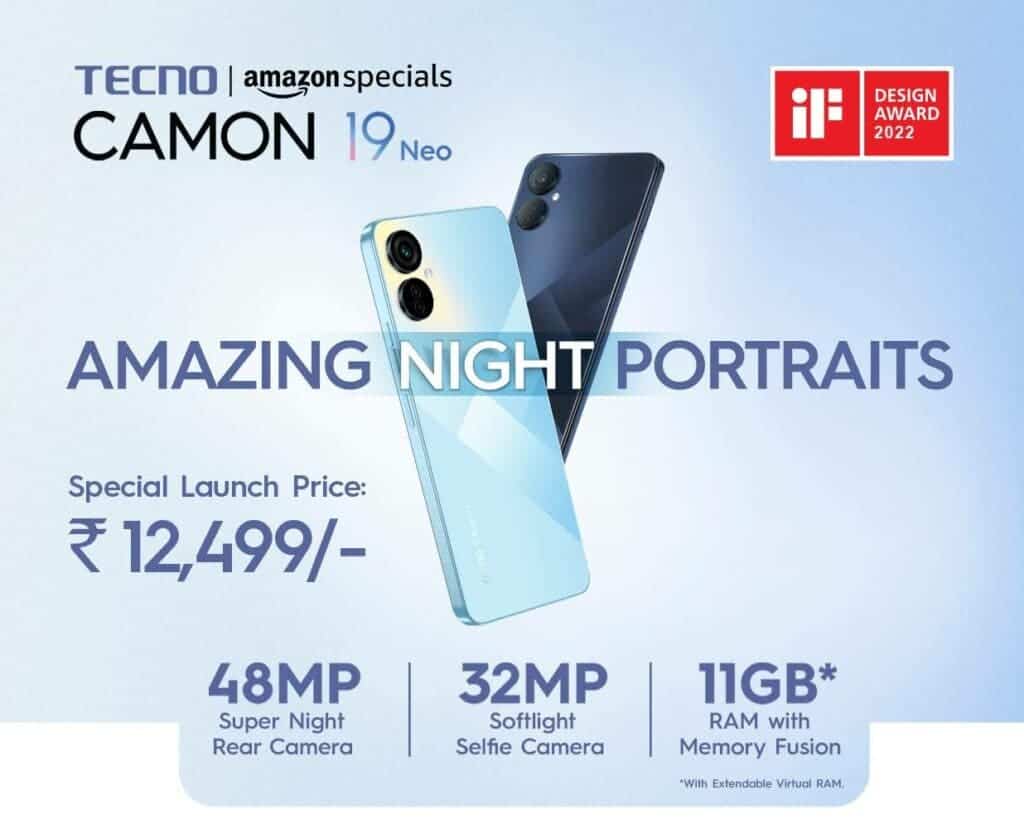 The Camon 19 Neo comes in Eco Black, Ice Mirror, and Dreamland Green colors. Both the Camon series smartphones will go on sale in India starting from July 23. The handsets will be available in the country via Amazon. Now, as stated earlier, both phones have almost identical specs. For instance, they sport the same 6.58-inch IPS LCD panel with Full HD+ resolution. Also, this screen supports 500 nits of peak brightness. There’s also a hole-punch cutout on the display for the selfie camera.

The display of both handsets supports a 60Hz refresh rate. Further, the device packs a MediaTek Helio G85 SoC under the hood. They come with up to 5GB of virtual RAM as well. Upfront, they have a 16MP shooter for capturing selfies and video calling. For optics, the device gets a triple rear camera setup. This comprises a 64MP primary sensor. However, the Neo model has a 48MP main camera, along with two other sensors on the back.

Regrettably, details about the sensors are still scarce. Now, the handsets use a 5,000mAh battery for drawing their juices. This cell supports 18W fast charging. Lastly, they run Android 12 with HiOS on top. To recap, Tecno Mobile launched the Spark 8P in India earlier this month.

Previous Nothing Phone (1) Lands In India With Amazing Launch Offers