There are still approximately two months before the iPhone 14 series of smartphones is announced, yet China has already started selling these gadgets’ covers.

Additionally, it is obvious that the cases are copies of the genuine Apple cases. The names on the packaging is also available, and the iPhone 14 Max model deserves special notice. We will know the next model as the 14 Plus, according to the most recent information. The packaging will eventually need some changes.

The cases also let you assess the size of the camera blocks in the brand-new smartphones. Everything appears to be how it should be in the case of the iPhone 14 Pro Max.

You may assess the size of the camera blocks in the new devices by using cases. And with regard to the iPhone 14 Pro Max, everything appears to match the leaks we saw earlier.

Fake iPhone 14 cases are already in sales in China 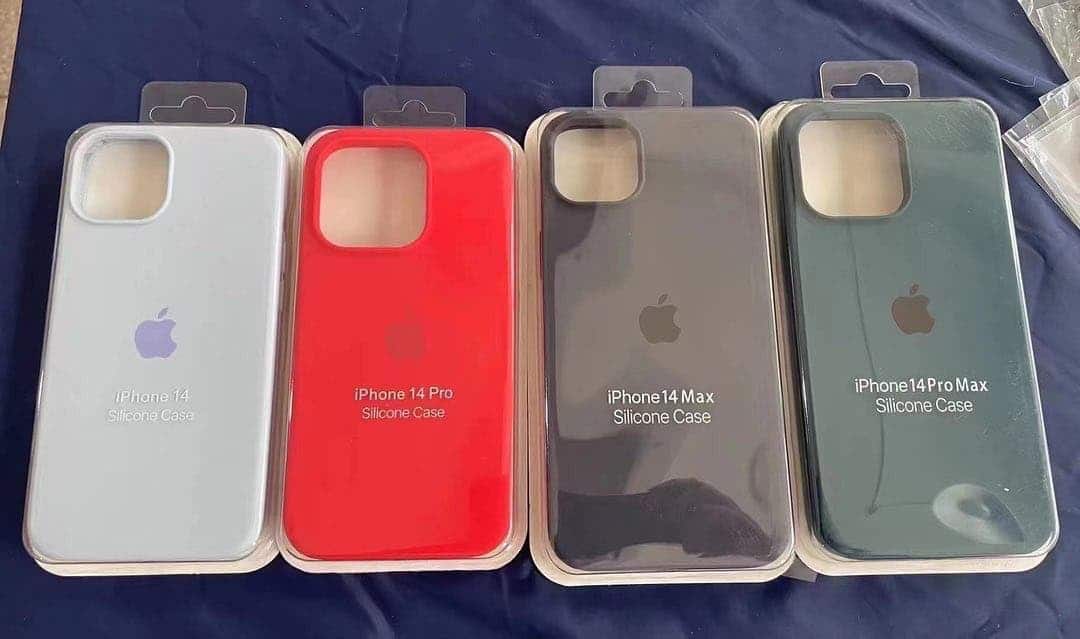 Apple is said to have informed suppliers that the iPhone 14 series would launch with higher initial sales than the iPhone 13 series. Due to the imminent launch of the next generation in September, iPhone sales are already seeing a typical slowdown. The number of iPhone 13 series shipments in July was 33% greater than the number of iPhone 12 series shipments supplied at the same time last year; which may indicate that demand for the gadget isn’t declining.

Apple has even higher expectations for the next iPhone 14 series. According to the source, test manufacturing for the 2022 iPhone line is already underway, and full production will begin the following month.

The 6.1-inch iPhone 14, 6.7-inch 14 Plus, 6.1-inch 14 Pro, and 6.7-inch 14 Pro Max will be available from Apple this year. While more cheap models will continue to use the Apple A15 Bionic; pro versions will use the new Apple A16 Bionic SoC. While non-Pro variations still feature notches at the top of the display, Pro devices will have new cuts there.

Previous Huawei resumed deliveries of smartphones and other gadgets to Russia