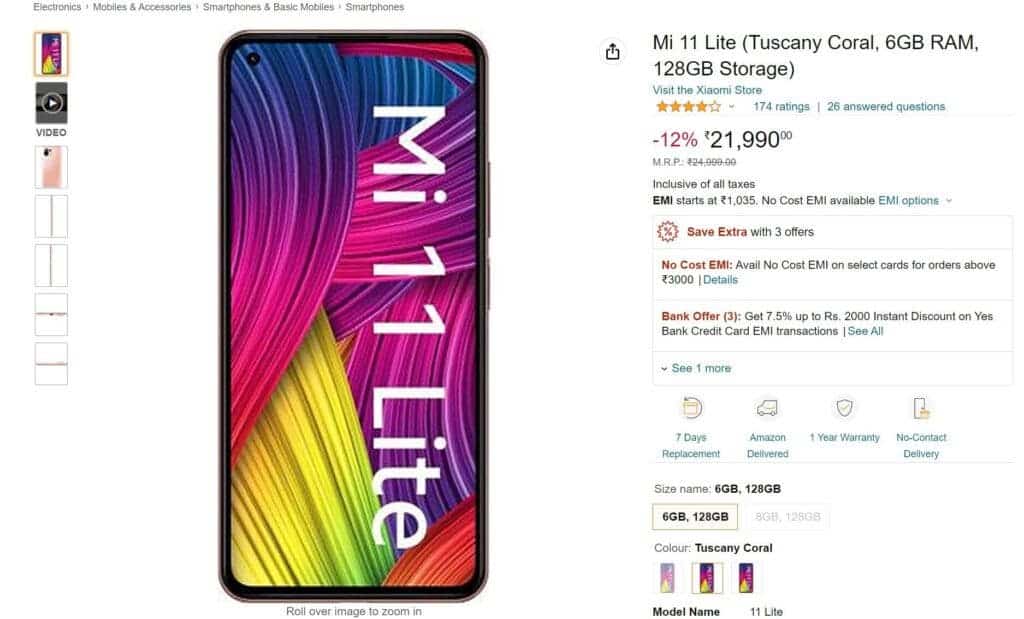 The Xiaomi 12 Lite is already official in some markets. This smartphone comes with a 6.55-inch OLED straight screen. Under the hood, it has a Qualcomm Snapdragon 778G SoC. In the camera department, this device uses a 108-megapixel main camera, an 8-megapixel ultra-wide-angle and a 2-megapixel macro. On the front, it has a decent 32-megapixel. To keep its light on, this smartphone uses a 4300 mAh battery that supports a 67W flash charge.

The Xiaomi Mi 11 Lite is one of the company’s thinnest and lightest smartphones of 2021. The company officially released this device in June 2021. The current price of the phone on Amazon India is 21,990 Indian rupees (about $276, 6GB+128GB). The biggest highlight of this smartphone is its lightness and thinness. The Xiaomi Mi 11 Lite is only 6.9mm thick and weighs only 157g. This means that the mid-range smartphone is much lighter than the flagship iPhone 13.

The Xiaomi Mi 11 Lite comes with a 6.55-inch AMOLED full screen. Under the hood, this device uses a Qualcomm Snapdragon 732G processor. On the front, it has a 16-megapixel camera while the rear has a 64MP main camera. There is also an 8MP and 5MP camera on the rear to complete the triple rear camera setup. To keep its lights on, this device uses a 4250 mAh battery that supports 33W fast charge. It is worth noting that this is a 4G mobile phone, while the Chinese version is a 5G version device.