A Kuwaiti citizen who bought a smartphone from a website was surprised by a strange letter of apology that was placed inside the phone box instead of the device he was supposed to get after paying for it.

Kuwaiti news accounts circulated the details of the incident on a large scale; noting that a citizen was victim to a fraud after he decided to buy a smartphone as a gift for his wife, only to get a surprise after receiving the box that the device was not inside and finding a paper on which was an apology letter from a woman.

According to the Khabarni website, the incident began after the Kuwaiti citizen decided to buy a Samsung Galaxy smartphone for his wife from the open market website, at a value of 400 dinars (1300 dollars), and received it from a woman in the Salmiya area in Hawalli Governorate, after he handed her the price of the device.

A letter of apology instead of a smartphone: Kuwaiti shock in a Galaxy smartphone box for $ 1,300 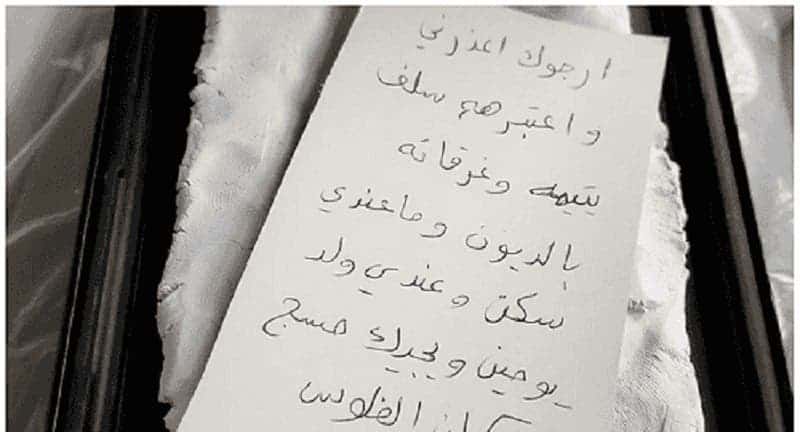 Retired Major General Hamad Al-Sari revealed the details of the incident; and said that the Kuwaiti citizen was subjected to a fraud process, as after receiving the device he decided not to open it immediately because he wanted to present it as a gift to his wife, and when he arrived home and opened the box, he did not find the phone, and found a message from the lady. It includes an apology for taking the money because she needed it.

The rapid general indicate that the Kuwaiti citizen contacted the same persons’ number from which he got the phone; to find that it was off after the fraud operation.

Activists interaction with the incident and denounces the fraud that the Kuwaiti citizen was victim to; while some blamed the citizen himself, considering that resorting to unreliable sites; to make the purchase made him vulnerable to the fraud process; pointing out that it was better to buy directly from the market or websites reliable.

Some noted that the problem is not with the site, but with the citizen himself. As he had to check the device when receiving it.