As often happens for some of the most important applications in the mobile field; the new functional changes are often in testing in advance with the beta versions; to which the most savvy users can join, and this is what is happening once again with Whatsapp.

As noted by WABetainfo, the v2.22.16.8 beta of Whatsapp messenger has introduced some small changes, one of which is functional related to the management of timed messages, i.e. those that can be made to disappear automatically according to timings chosen by the user. But if until now the option was working only with the new chats; now it will be possible to do it selectively with all, including the older ones. Here’s the new optional timer screen for what it might look like in the final version as well. 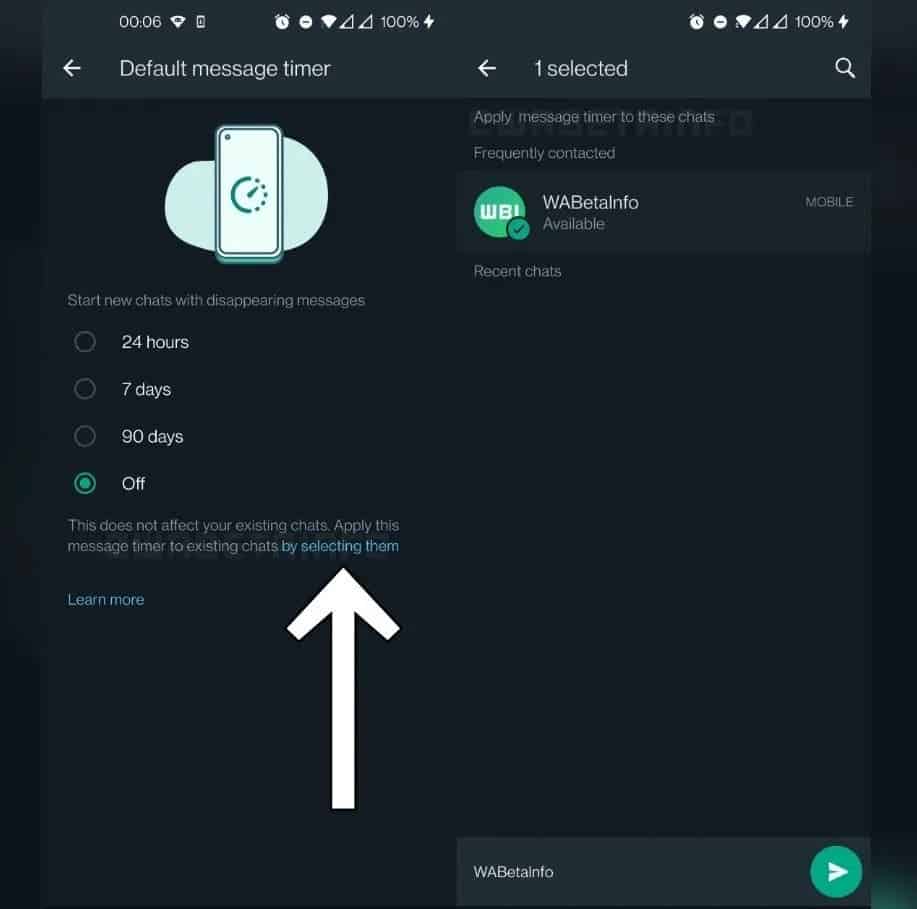 At the moment the function seems not to be active for all accounts that have joined the Whatsapp beta but the activation could selectively arrive on the server side in the coming weeks, and then be applied also in the final release. In fact, this is a minor option that users can activate via a shortcut button; and since it is a modification with a low functional impact it is very likely that it will become permanent in a short time.

Recently Whatsapp messenger has worked hard to improve the privacy issue of users and the most interesting change that could come soon concerns the possibility of better managing one’s online status and deciding who can ‘see’ us much more selectively.

WhatsApp Will Allow Us To Get Back Deleted Messages

The release of the stable native version of WhatsApp for Windows

Whatsapp will allow you to hide your phone number