The OnePlus 10T pre-order date for India has been announced. Details about the handset’s availability in the country have also been revealed. The next OnePlus flagship will land in India, as well as other regions next month. Notably, the OnePlus 10T India launch will take place on August 3. The company will hold an in-person launch event in New York on August 3. The event will start at 7:30 PM IST. Also, you can watch the live stream on the company’s official YouTube channel.

The 10T will be available for purchase via Amazon India like most OnePlus smartphones. Now, the OnePlus 10 T’s Amazon availability has surfaced online ahead of the smartphone’s India launch. Further, Amazon has confirmed the OnePlus 10T pre-order date for India. The OnePlus 10T will go up for pre-order in India starting from August 3. So, it will go up for pre-order the same day it launches in the country. As per an IndiaToday report, OnePlus could offer some bank card offers for those who place their pre-order first.

To recap, the OnePlus 10T appeared on the company’s India website earlier this month. The listing confirmed the device’s moniker. Now, some earlier reports suggest that the OnePlus 10T could go on sale in India in the same week. Further, noted leaker Mukul Sharma has shed some light on the device’s storage configurations and color options. As per Mukul, the OnePlus 10T 5G will ship with 16GB of RAM. Moreover, he claims that the device will offer a hearty 256GB of onboard storage. 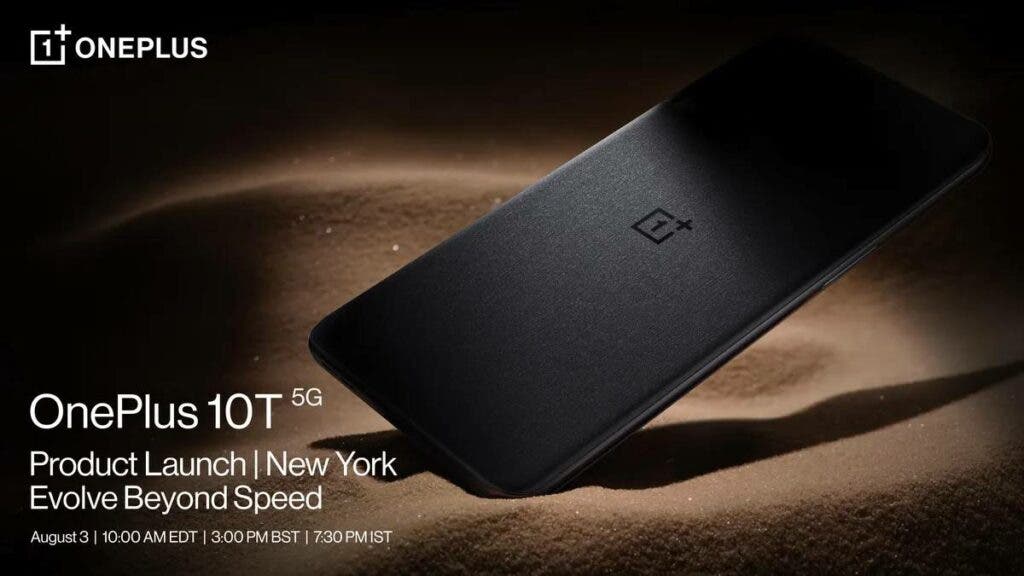 The OnePlus 10T will come in the Moonstone Black color option, according to a tweet by the tipster. Likewise, past leaks suggest that the phone will come with 8GB RAM and 12GB RAM options. Moreover, it could offer up to a whopping 512GB of internal storage. Also, the 10T could arrive in Jade Green and Moonstone Black color options. Regrettably, details about the OnePlus 10T price in India are still scarce. However, some leaks claim that the base model will retail for INR 49,999. Also, OnePlus could offer an INR 1,500 discount as part of the introductory launch offer.

Previous Moto RAZR 2022: Trouble in paradise? foldable has been delayed

Next Fire-Boltt Visionary Smartwatch With Beautiful Design Lands In India