The hotly-anticipated OnePlus 10T smartphone is headed to India soon. The handset will pack a powerful processor under the hood. OnePlus is sparing no effort in a bid to create hype around its new T-series smartphone’s impending launch. To recap, OnePlus tweeted a teaser image hinting at the device’s imminent arrival. Now, the company has revealed the OnePlus 10T 5G smartphone’s India launch date. 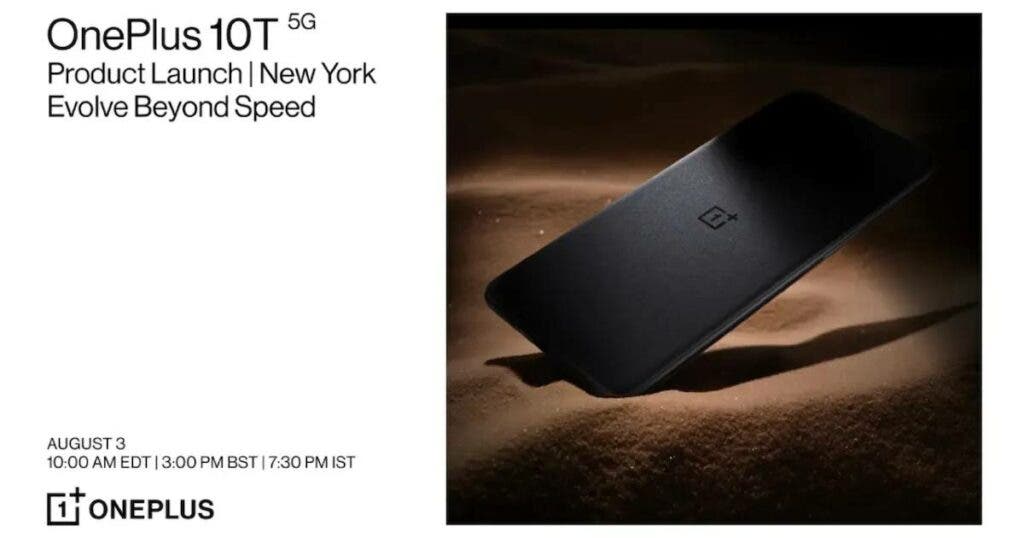 The 10T has been in the rumor mill for a long time. Also, the handset has made multiple appearances in the form of leaks. Notably, an earlier report indicated that the OnePlus 10T will land in the country in the first week of August. However, OnePlus has put these speculations to rest by officially confirming the 10T launch date to CNET. As per a CNET report, the OnePlus 10T will go official in India on August 3.

Further, the report suggests that the OnePlus 10T will be unveiled during an in-person event that will take place in New York on August 3. Moreover, the report confirms the presence of Qualcomm Snapdragon 8+ Gen 1 processor, The company has shared a teaser poster for the impending launch event. The poster gives us a glimpse into the device’s rear panel. Also, it appears that the 10T will sport a sandstone-like finish. 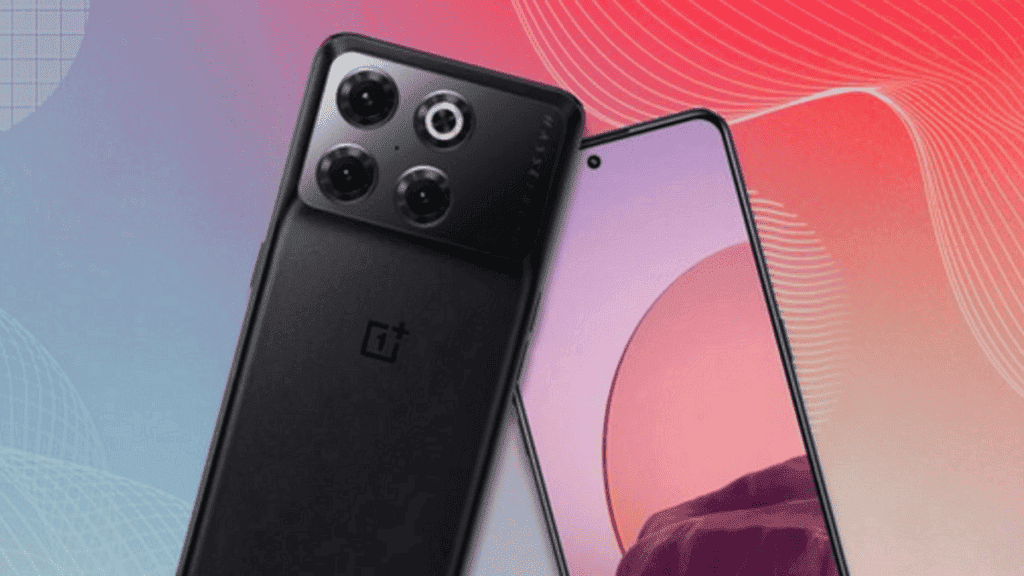 Past leaks also suggest that the OnePlus 10T 5G could bear a striking resemblance to the OnePlus 10 Pro. However, the 10T will reportedly cost less than the 10 Pro model. Also, the 10T has passed through the Geekbench benchmarking website. The Geekbench listing confirms that it will come with a Qualcomm Snapdragon 8+ Gen 1 processor. Moreover, it suggests that the phone will ship with 16GB of RAM. As per another certification database, the device will offer 160W fast charging support.

Further, the OnePlus 10T could be available in a 16GB RAM+512GB storage configuration. It is also likely to sport a 6.7-inch AMOLED display with a 120Hz refresh rate. Moreover, this screen will reportedly support a Full HD+ resolution. For optics, it will probably come with a 50MP Sony IMX766 main sensor on the back. Also, it will house an 8MP ultra-wide-angle lens and a 2MP auxiliary sensor. It could come in Moonstone Black and Jade Green color options. The OnePlus 10T price in India could be around INR 40,000.