Jenner and Kardashian are Instagram stars and influencers. They have over 686 million followers in total. On Monday, they complained about Instagram, saying it’s more and more like TikTok.

It turns out that what Facebook and Instagram are currently doing to make competition with TikTok is not what influencers need.

Jenner and Kardashian wrote: “Make Instagram Instagram again (stop trying to be TikTok. I just want to see cute photos of my friends). Sincerely, everyone.” 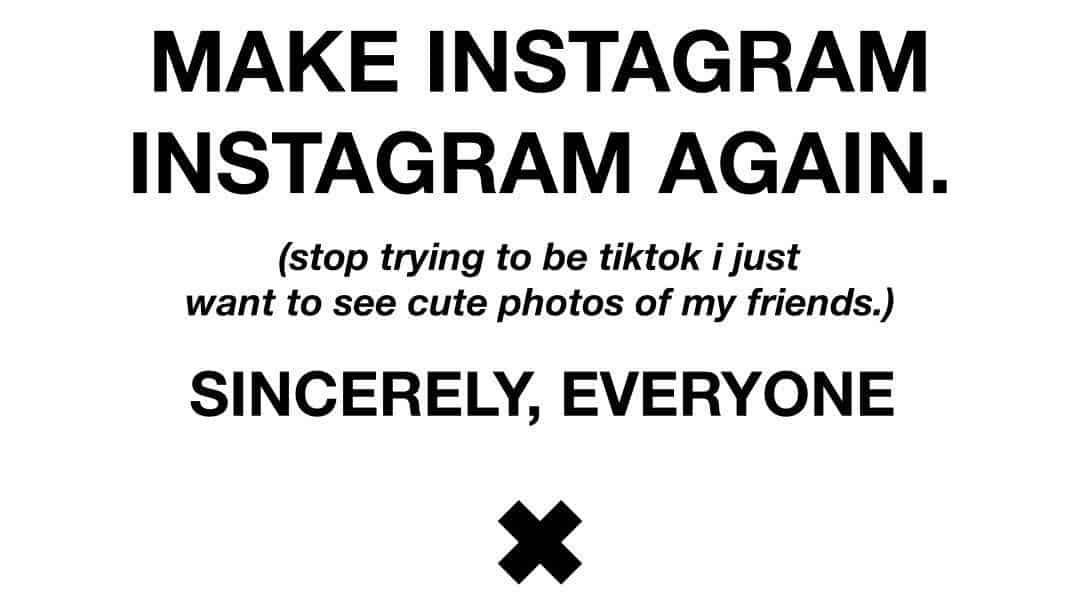 Agree that whatever these two influencer-businesswomen say goes viral in a wink. This is logical as Jenner has 360 million followers on Instagram, while Kardashian has 326 million. For instance, back in 2018, Jenner said that she is going to stop using Snapchat after the app redesign. Immediately after her tweet, the social platform’s stock dropped by 8%. In numbers, the estimated loss at the time was over $1 billion in market value.

If Jenner and Kardashian Talk About This, It’s Serious

Frankly, it’s difficult not to agree with what Jenner and Kardashian say. Last week, Meta brought the redesigned version of the Facebook app. The latter introduced the “Home” tab as the default feed. This has many things in common with TikTok.

Further Reading: Instagram And TikTok Are Pulling Users Away From Google Search And Maps

In other words, like TikTok, Facebook’s Home tab now displays an endless scroll of content that users want to see. Of course, it works on a special algorithm that takes into consideration users’ behavior. The main idea behind this is to keep people on Facebook as long as possible. TikTok does the same.

Getting back to Instagram, any video lasting less than 15 minutes will automatically become a reel, and “may be eligible to be recommended and seen by more people.”

Instagram had already made the mentioned changes. Even in March this year, the social platform introduced the “Favorites” and “Following” feeds. As you know, the latter is the main feed to see what the people you follow are posting. In the official statement, it said, “Over time, we’re going to add more recommendations to your feed based on your interests.”