Counterpoint Technology Market Research assessed the balance of power in the Chinese smartphone market in the second quarter of this year: sales have declined significantly, and Vivo holds the first place.

It is estimated that approximately 60 million smartphones were sold in China between April and June inclusive. This is 14.2% less compared to the second quarter of 2021.

Thus, the local market reached a minimum in almost ten years: sales were below this figure only in the fourth quarter of 2012.

Commenting on the Chinese smartphone market’s performance, Senior Analyst Ivan Lam said, “China’s economy merely grew 0.4% YoY in Q2 2022, lower than the market expectation of 0.8%-1%. During this period, major cities across China, including financial and manufacturing hub Pan-Shanghai, went through full or partial lockdowns. The hardest hit was the services sector, which fell into contraction territory, from 4% YoY growth in the first quarter to 0.4% in the second quarter. The deepest decline occurred in April’s consumption data, with total retail sales of consumer goods falling 11.1% YoY. Weak consumer sentiment combined with the high smartphone penetration rate in China resulted in poor Q2 performance of smartphone sales.” 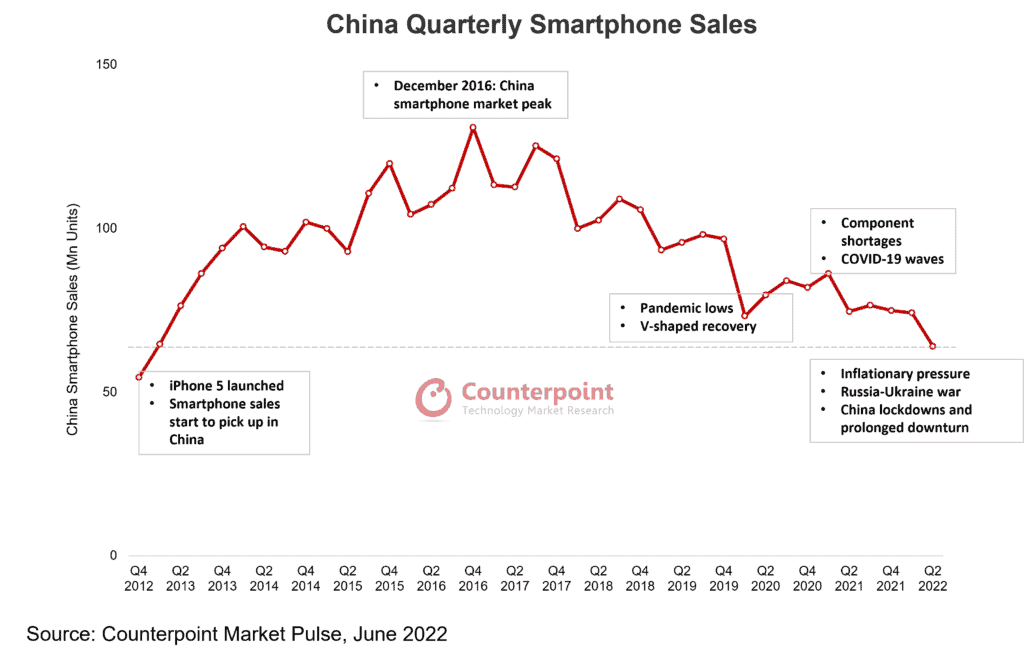 The leader in the quarter, as already noted, was Vivo: its share was 19.8% against 21.1% a year earlier. In second place is the Honor brand, which dramatically increased sales: over the year, the share increased from 7.7% to 18.3%. Oppo closes the top three with a score of 17.9% against 22.0% a year earlier. 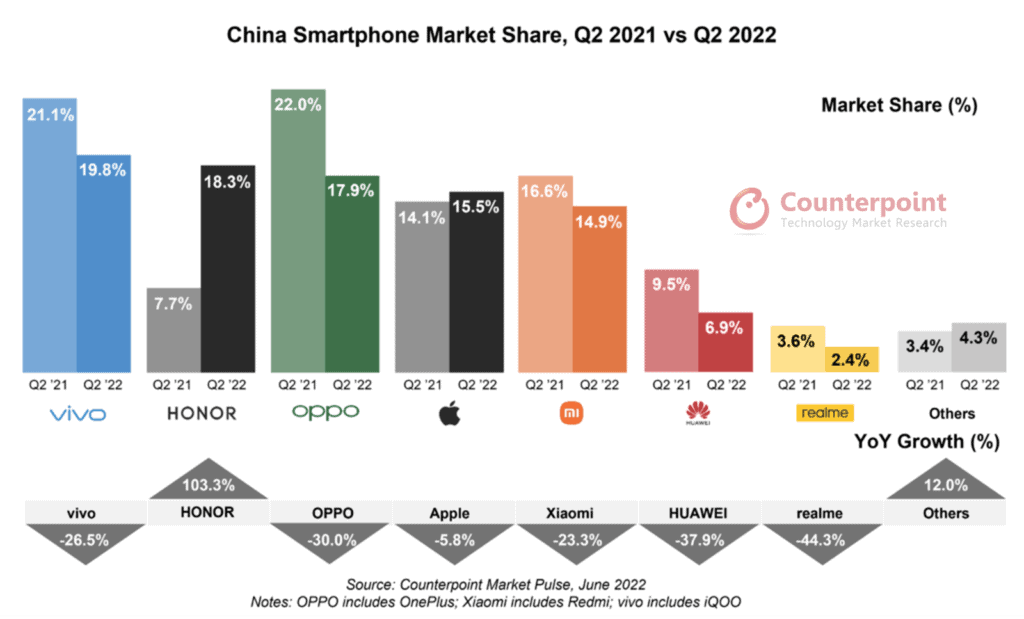 Apple is in fourth place in the ranking: the share of iPhone in China increased from 14.1% to 15.5% over the year. This is followed by Xiaomi, Huawei and Realme; which, according to the results of the last quarter, occupied 14.9%, 6.9% and 2.4% of the Chinese smartphone market, respectively.

Lam added, “Smartphone sales rose during the 618 e-commerce promotion period; and with the gradual lifting of lockdowns in major cities. However, the sales during this promotion period were still down around 10% YoY. Given the low sales volume number for Q2 2022, we expect smartphone sales to rebound in the next quarter. At the same time, with the demand continuing to be underwhelming; due to weak consumer sentiment and lack of new innovations; it is going to be very hard to make the situation better; in the second half when compared to last year.”

Previous Pixel 7 Ultra: Google is working on an even more powerful version

Next Google Maps to get bird's-eye view of famous landmarks