In the period from April to June inclusive, 287.4 million smartphone devices were shipped worldwide. For comparison: a year earlier, the market volume was 315.6 million units. It is noted that the largest drop since the second quarter of 2020 was recorded.

Analysts say that the current geopolitical situation, high inflation and a decrease in consumer confidence in general have a negative impact on smartphone sales. Apparently, the supply of smartphones in the near future will continue to decline.

Due to declining demand, global smartphone shipments fell by 9% in Q2 2022 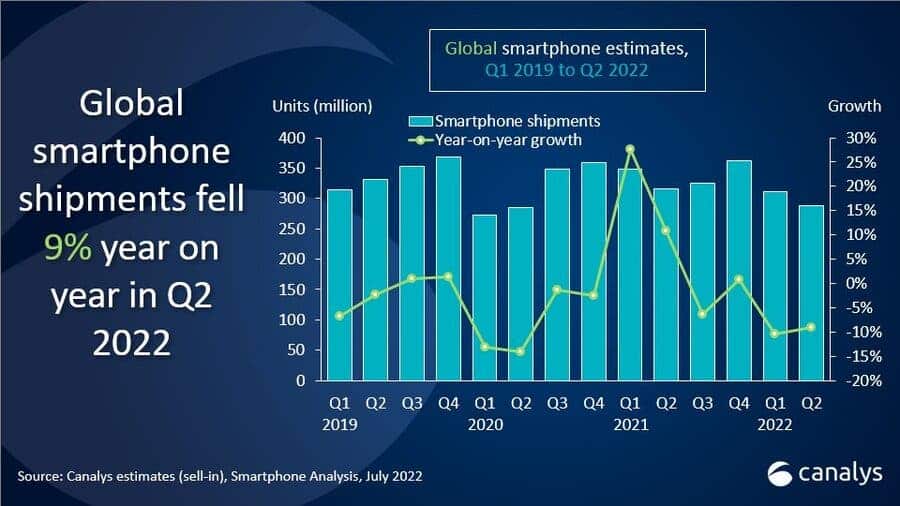 “The global smartphone market is suffering a second period of falling shipments after a brief recovery in 2021; and the sudden drop in demand is hitting the leading vendors,” said Canalys Research Analyst Runar Bjørhovde. “Despite 6% annual growth, Samsung’s shipments fell 16% on the previous quarter as the vendor struggled with unhealthy inventory levels; especially in the mid-range. Samsung is pushing aggressive pricing strategies and heavy promotions for its low-end A series, leveraging the cost-effective ODM production to stimulate consumer demand in the mass market. In the premium segment, Samsung stressed its focus on foldable phones and the S series as profit drivers in developed markets. Meanwhile, solid demand for the iPhone 13 series in North America, China and Europe enabled Apple to grow despite the headwinds. The high end has proven relatively resilient during the recession, while promotions and financing options have helped with affordability.” 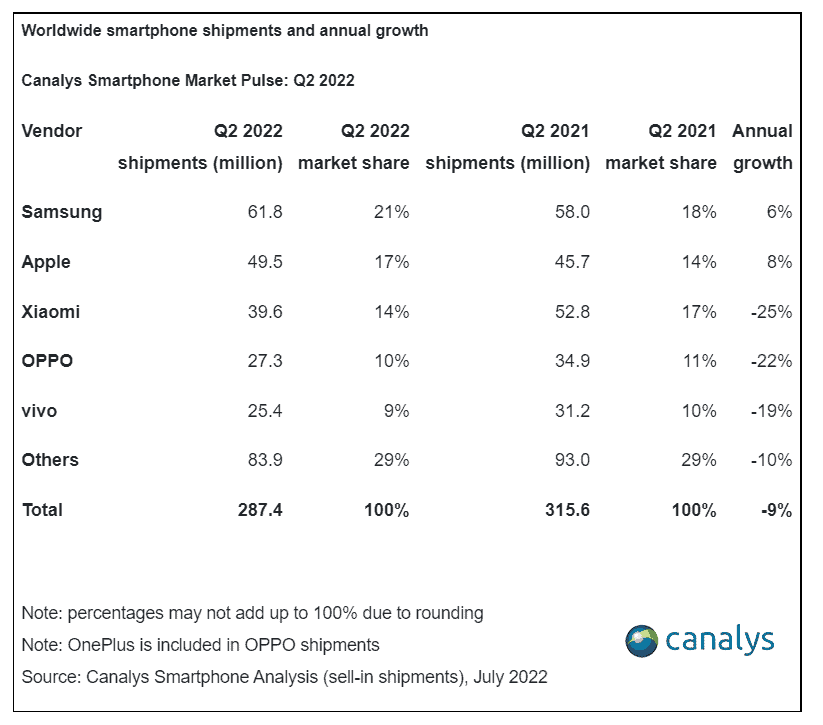 According to the results of the second quarter, the Smartphone market leader was the South Korean giant Samsung with a share of approximately 21%: the company’s shipments rose by 6% year on year. Apple occupies the second position with a result of 17% (plus 8%); and Xiaomi closes the top three with 14% (shipments fell by 25% year-on-year). In addition, the top five included Oppo and Vivo, holding respectively 10% and 9% of the global industry. All other suppliers together accounted for 29%.