According to Omdia’s research, the global smartphone market in the second quarter of 2022 was worse off than in Q2 of 2021. It was also worse when compared to the first quarter of 2022. There were a total of 293.7 million smartphones shipped in the months of April to June. For comparison, these numbers were higher at 307.7 million in the first quarter, and 303.3 million in the second quarter of 2021. Apple, Samsung, and Honor had the best performance. There is a number of reports indicating a loss in the smartphone market. 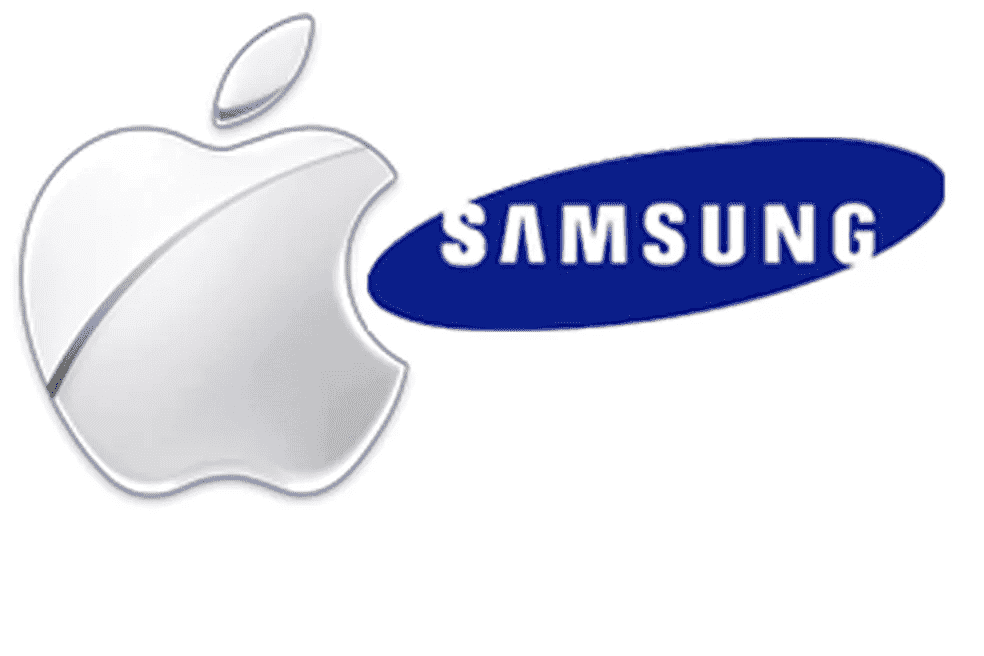 As per the research, Samsung led the market in Q2 with a total of 62.2 million phones shipped. It was beyond Apple with 48.9 million shipments. According to Omdia, the solid performance of smartphones like the Samsung Galaxy A13 and the Galaxy S22 series contributed to the company’s positive results. When it comes to Apple, brand loyalty keeps being a determinant factor as well as the high interest in the iPhone 13 series over the iPhone 12 series. 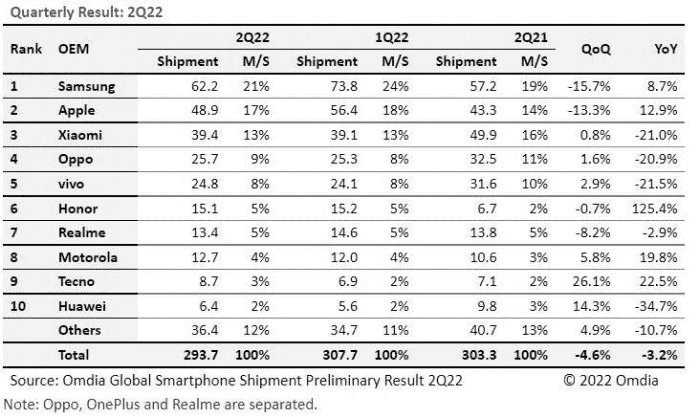 Chinese smartphones such as Xiaomi, Oppo, and Vivo were the third, fourth, and fifth companies, respectively. However, these three companies recorded inferior results with three posting poorer sales by -20% in comparison to the period in 2021. As we can see, the smartphone market is clearly suffering the constraints of global inflation. Worth noting that brands such as Motorola and Tecno were better than last year. Motorola has greatly improved its smartphone portfolio with offerings that are really more interesting such as the Moto Edge 30 Pro. Tecno, on the other hand, is constantly pushing new smartphones and developing technologies to face the big ones. However, Honor is a company with remarkable performance. The company got the spotlight alongside Apple and Samsung.

So far, Honor still focuses on the Chinese market. Apparently, with the goal to become the new Huawei. Honor achieved a 125.4% increase in sales year over year. The company has a sixth place with over 15.1 million devices shipped. In the past, Huawei was the one putting a threat on Apple and Samsung. Apparently, Honor is giving bold steps to be the third in the market. Of course, there are a few steps to take such as getting more relevant across global markets. The company is aiming at IFA 2022 to bring a bunch of new products.

Previous What's the most useless smartphone feature? Here are some options

Next Xiaomi Car project of $10 billion sees an unexpected barrier