A study by Canalys shows that shipments of Chromebook laptops dropped by 57% in the second quarter of this year. This is explained by weak demand in the education sector, high inflation and pandemic-related restrictions in China.

From April to June, inclusive, approximately 5.2 tmillion Chromebooks were is sale worldwide. For comparison: a year earlier, shipments were 12.1 million units. Analysts note that the industry has been demonstrating negative dynamics for the fourth quarter in a row. 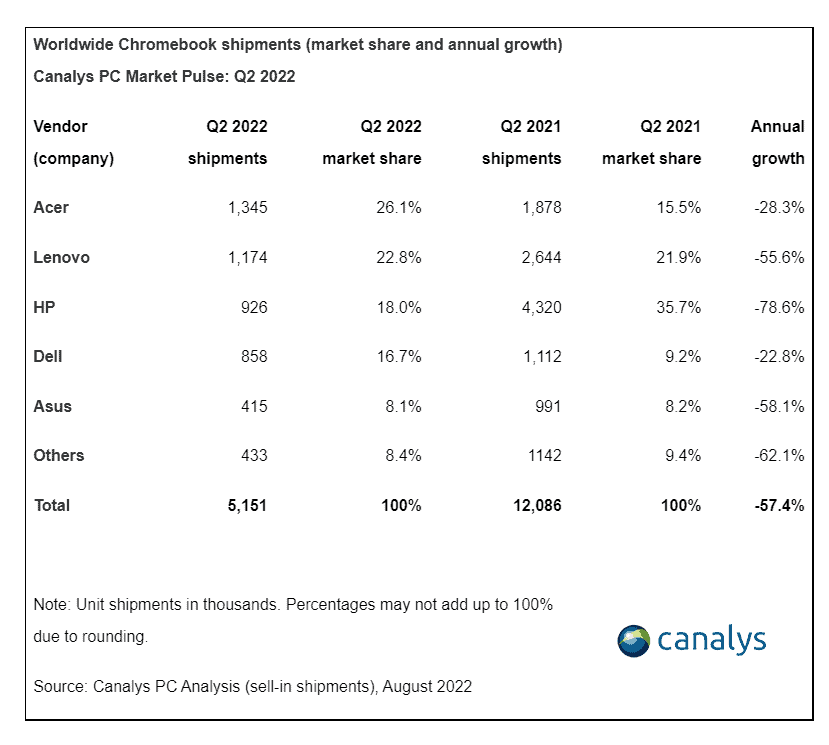 According to the results of the second quarter; Acer became the largest player in the world market with a share of 26.1%. In second place is Lenovo with 22.8%, in third place is HP with 18.0%. In addition, the top five vendors included Dell and ASUS, with 16.7% and 8.1%, respectively. All other Chromebook vendors together account for 8.4% of the industry. 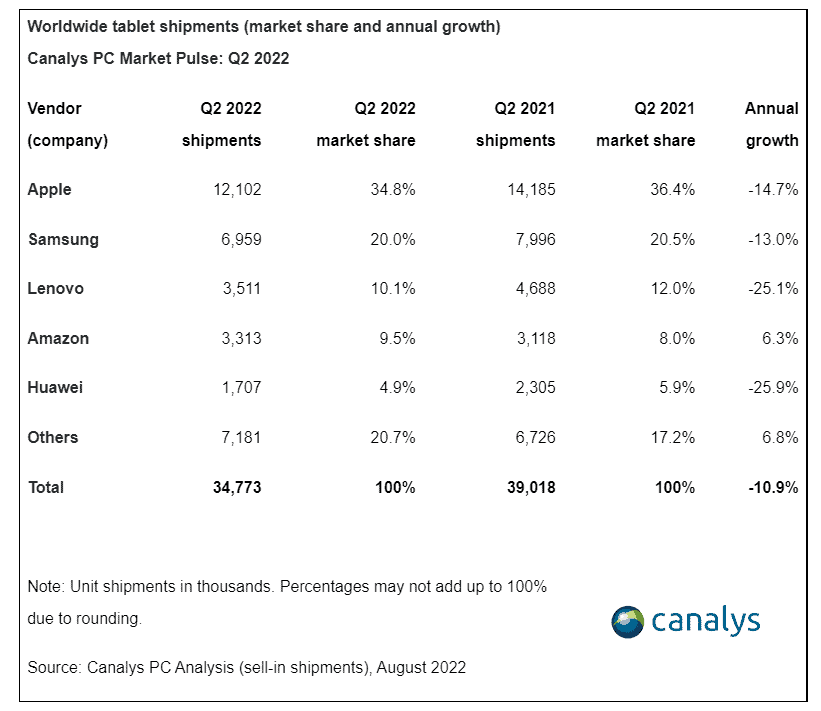 “The rapid fall in consumer and education demand has accelerated the decline in tablet shipments; as we move further from the peak of the pandemic,” said Canalys Analyst Himani Mukka.

“Inflation and fears of a recession are at the forefront of consumers’ minds, and spending on tablets has taken a backseat as the need for pandemic-era levels of use has fallen. Unlike notebooks, tablets are not vital for business productivity, so commercial demand has not helped to offset the drop in consumer purchases. Though consumer weakness will persist into Q3, back-to-school offers and new tablet launches ahead of the holiday spending season will provide a minor lift in demand. On the commercial side, the outlook is more optimistic, though shipments remain relatively small”.

“Substantial orders from governments in major Asia Pacific markets remain in place and are expected to be delivered as supply chain bottlenecks and inflation concerns ease. Countries in the region are turning toward domestic production as governments actively encourage citizens to buy locally manufactured goods. Many prominent players, including Lenovo, Acer and Samsung, have already jumped on board with this shift, particularly in India.”