The hotly-anticipated mid-range Y-series smartphone will go official soon, as per an earlier report. However, this is the first Vivo will rely on a famous person to promote its new offering. Now, the Y series is teeming with low-tier devices. So, the Vivo Y35 will be targeting budget-conscious buyers in Malaysia. Also, Iman Troye will be sparing no effort in a bid to create more hype around the smartphone.

The singer’s dynamic personality complements Vivo’s “That’s Y series” mission. Moreover, the lineup focuses on enhancing the fun moments in the everyday life of users. Also, it helps users to enjoy the company’s “Joy of Humanity.” To recap, Vivo launched a Y-series smartphone dubbed the Y77 in Malaysia last month. The brand gave consumers a chance to win the smartphone for free. Now, Iman has been roped in to sing the That’s Y series theme song, according to a report by KL Gadget Guy.

Iman was previously appointed to represent Malaysia in an empowerment campaign. Also, she has made an appearance on the New York Times Square digital billboard. Overall, the youthful personality has put the country on the international map. Her popular single “Teman” continues to be one of the hottest songs. Moreover, it has gained over a whopping 50 million views on YouTube. Vivo Malaysia will start a TikTok dance challenge with the singer of the upcoming series’ theme song. 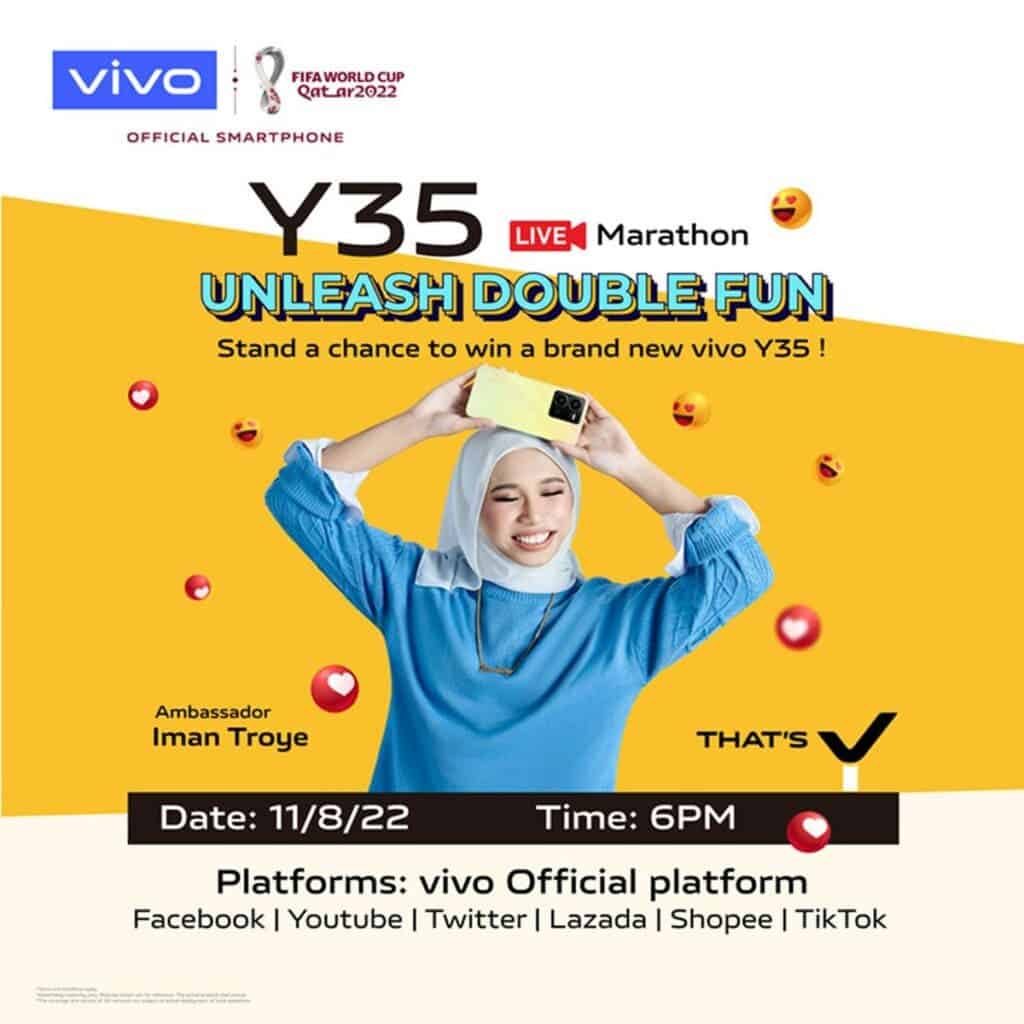 You can win amazing prizes simply by participating in the aforesaid TikTok dance challenge. Regrettably, details about the Vivo Y35 smartphone’s specifications are still scarce. However, the handset could pack a Snapdragon 680 SoC with 8GB of RAM. Further, it will probably ship with 256GB of storage. A 5000mAh battery could power up the entire system. Moreover, this cell could support 44W FlashCharge technology.

Previous Apple iPhone 14 To Be Made In India, Here's What We Know

Next Tecno Camon 19 Series Coming To The Philippines Soon