The world’s first rugged model with built-in TWS earbuds, Armor 15 from the Ulefone brand, just officially launched its Kickstarter campaign today. According to Ulefone sources, backers are now finally allowed to select the great early bird perks. And all, backers who pledge without a reward, are going to get coupons for other Ulefone products or accessories as a bonus as well.

Ulefone Armor 15 gets quite a characteristic appearance design and it looks like a cool car. Proofed by IP68/IP69K/MIL-STD-810G certification and more robust rim, this new device bears more solid structure than previous model. So what will this revolutionary 2-in-1 device bring in terms of specs ? 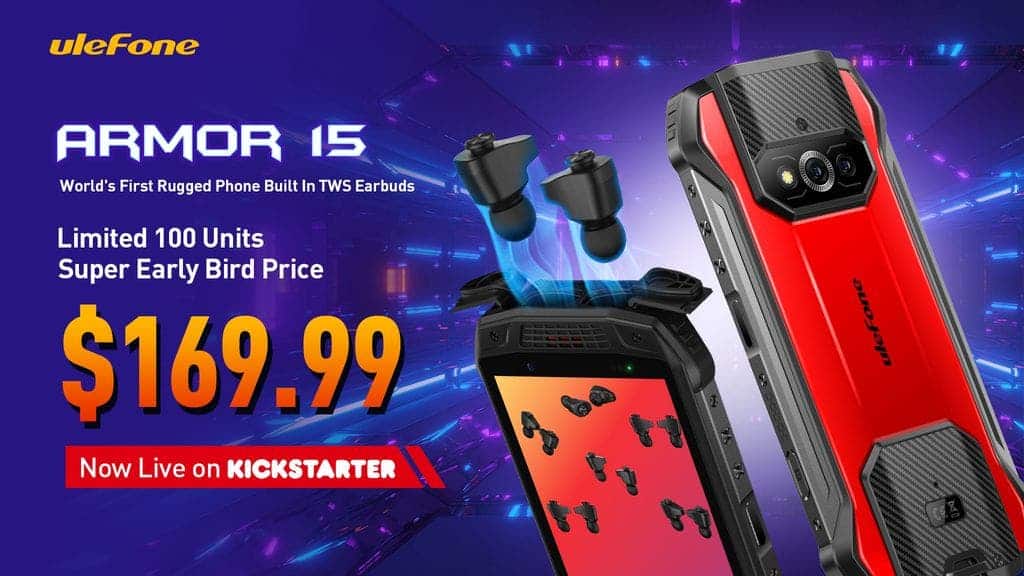 For starters, their design philosophy is make people carry less electronics daily and just travel lighter. For that you get the built-in TWS earbuds inside Armor 15. It can easily meet your demand for listening whenever and wherever possible. Powered by big 6600mAh battery, Armor 15 can act as a power support for the TWS earbuds as well. These earbuds will let you enjoy 5 hours of listening time per charge and up to total 505 hours of battery life with the Armor 15 case. In addition to that, Armor 15 also has dual front-facing speakers with dual Smart PA and max 2W power. Then we get 2MP and 13MP dual camera on the back, for some solid photoshoot experience.

The internal storage of the phone is also relatively big with 128GB and you get 6 GB RAM as well. Driven by Android 12 and MediaTek Helio G35 chipset, the phone is smooth and not handcuffed in performance. We also get  a 5.45 inches display or NFC chip supporting Google Pay. 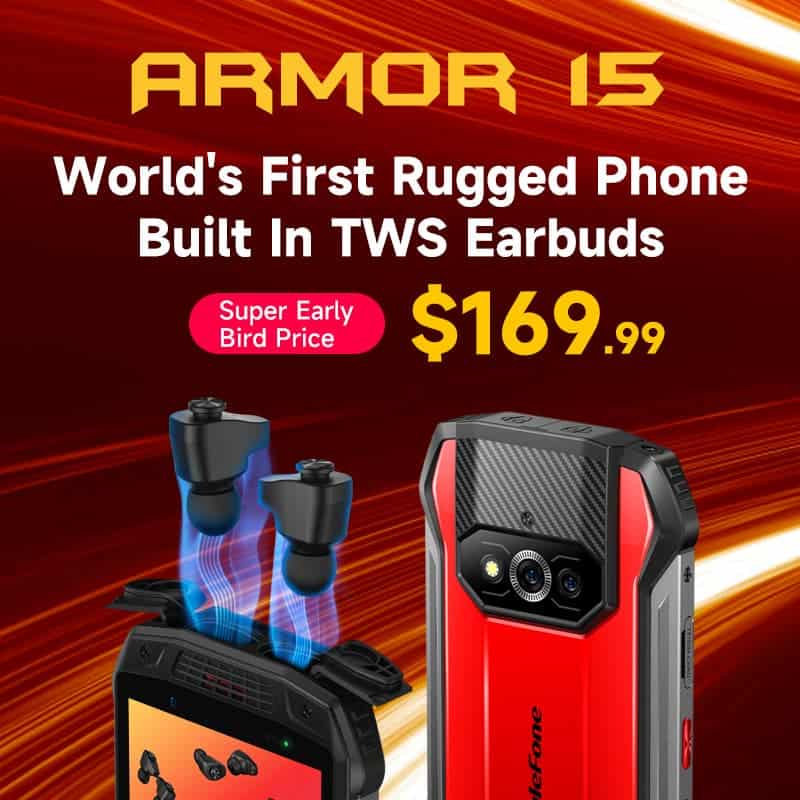