According to recent reports, the coming Apple iOS 16 will return a new feature after many years. The fifth beta version of Apple’s iOS 16 has resurfaced with a feature that many iPhone users have been missing for a long time. The Apple iOS 16 will reintroduce the display of battery percentage in the status bar. This information will be in the battery bar at the top of the screen. 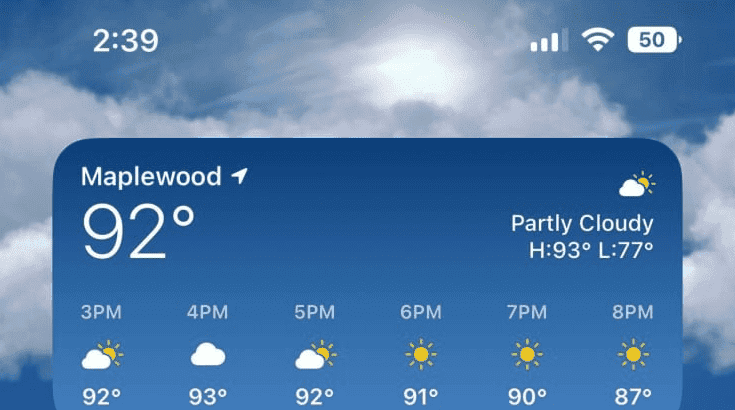 In 2017, Apple released the iPhone X with a “notch” that left little room for a battery status indicator. Therefore, Apple has hidden it in the notification shade, however, users can still access it by swiping down. Since then, the battery percentage has been hidden there, only visible on the home screen on iPhone models with a Home button.

Now, in the latest beta version of iOS 16, the battery percentage is written into the battery icon as a number. This leaves enough room to display the phone signal information and Wi-Fi status. This means that users don’t need to swipe down the screen to see the exact battery percentage. If Apple were to add an always-on display feature to the next iPhone, this battery percentage adjustment would also be useful. This is because users can check the battery status without touching the phone.

An Apple spokesperson did not immediately say whether this battery percentage adjustment would carry over to the final version of the Apple iOS 16. This update is currently only available in the developer and public beta versions. The new iOS system will be available this fall, possibly in September, when Apple will probably release the iPhone 14.

Earlier today, Apple officially released the iOS / iPadOS 16 developer preview Beta 5 update (build number: 20A5339d) to iPhone and iPad users. This update is 12 days after the last release. This update brings some small but notable changes to the iOS operating system. Here are some of the changes that have been identified in this new system so far

Here are the updates:

iPhone models play a new sound when the user uses the Play Sound option in the Find My app on one of the devices. It’s a bit louder and different than what the previous version of iOS 16 offered. 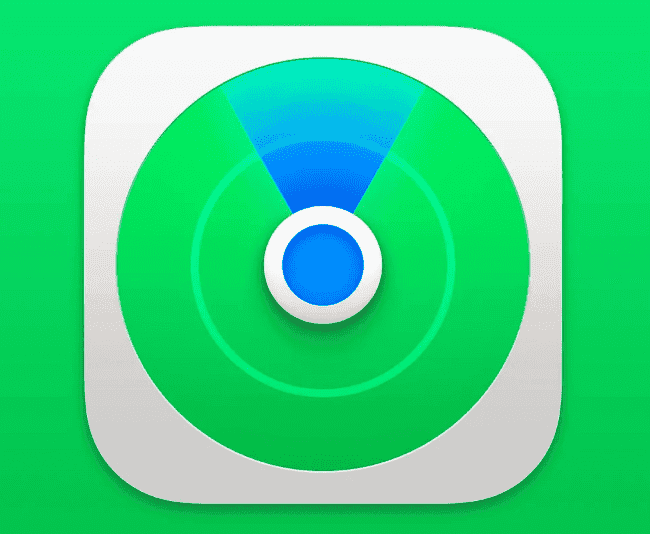 When users swipe up on their Apple Watch to enter Control Center, they will hear a new sound. However, this sound will only go out if they tap the iPhone icon to find their iPhone device to locate it. It’s the same sound as the new “Find”.

iOS 16 Beta 3 adds a full-screen music player, and Beta 5 introduces real-time mini-visualization graphics that change with audio playback. This combines with new button animations. They have new animations when users click the play/pause button or the forward and back buttons. The animation feels very elegant and smooth and provides great detail. 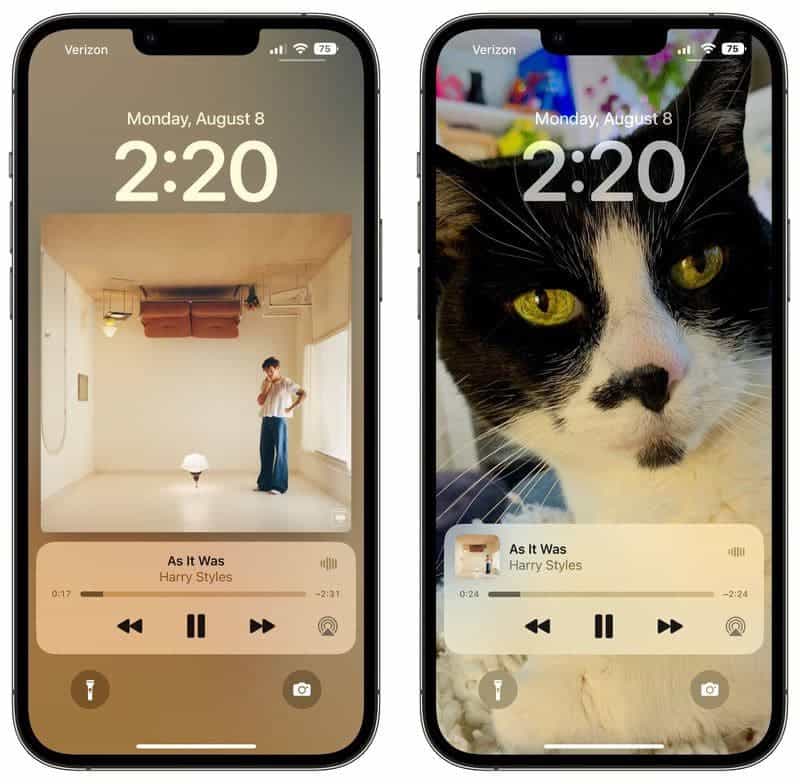 The perspective zoom feature for lock screen wallpapers has been removed. The switch to disable it has also been removed. It may be re-added in a future beta and has been available on iPhones for some time.

Apple has fine-tuned where it shows Dolby Atmos and a lossless indicator. The information now appears next to the genre instead of below the play and shuffle buttons. 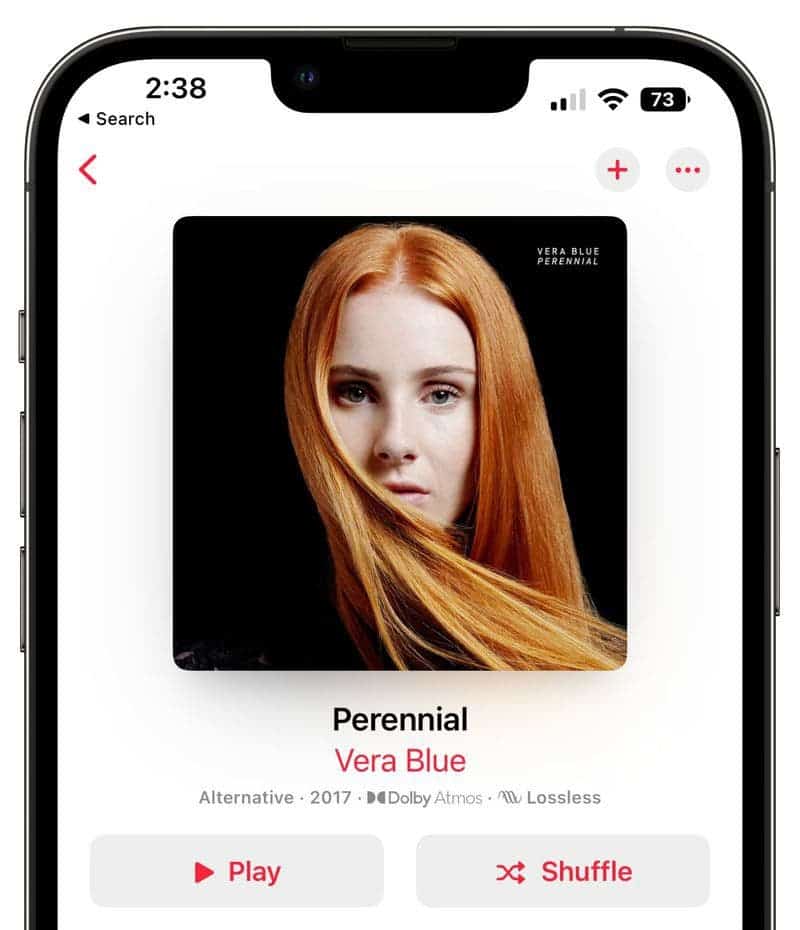 When taking a screenshot, editing it, and hitting “Done,” a new option appears to “copy and delete” the screenshot, rather than just delete it. This allows users to copy the image to paste it into any other app without first saving the image to the Photos app. 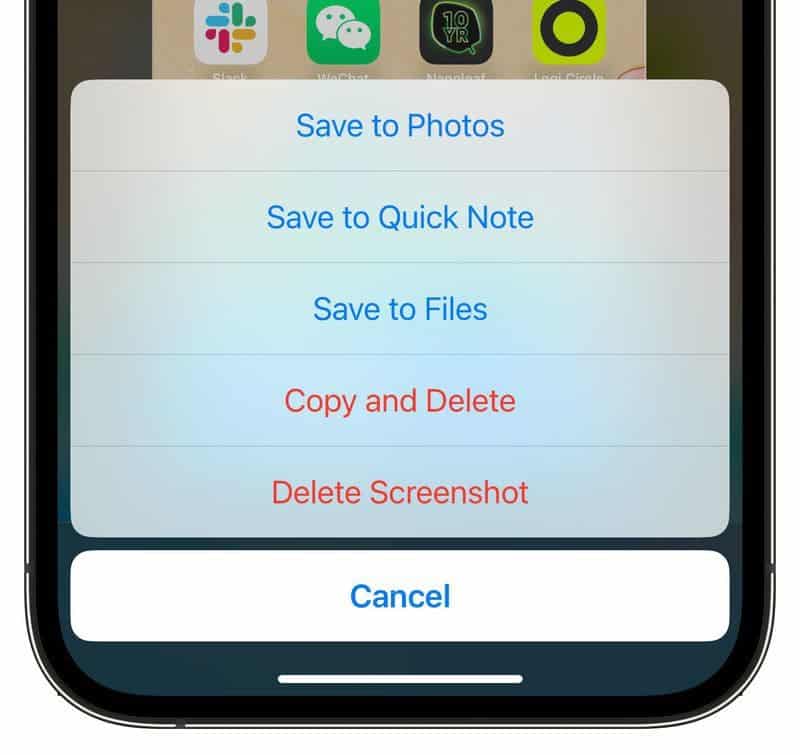 “Emergency SOS” has been renamed “Emergency Call” when you press and hold the side button or quickly press to enter the emergency screen.

8. Remove Siri’s voice and restore support after the shutdown

Apple removes the Siri voice shutdown in the latest Beta 5. This feature appeared in Beta 4 before, and a pop-up window will prompt, “Confirm, do you want to turn off the power of this device?” The two buttons are “Cancel” on the left and “Confirm” on the right. Click the “Confirm” button or continue the voice operation to shut down. Subsequent updates of Beta 5 also support Siri voice shutdown and Chinese-made related buttons. Finally, Home, Photos, Maps, and Reminders all have new splash screens to advertise their new features. 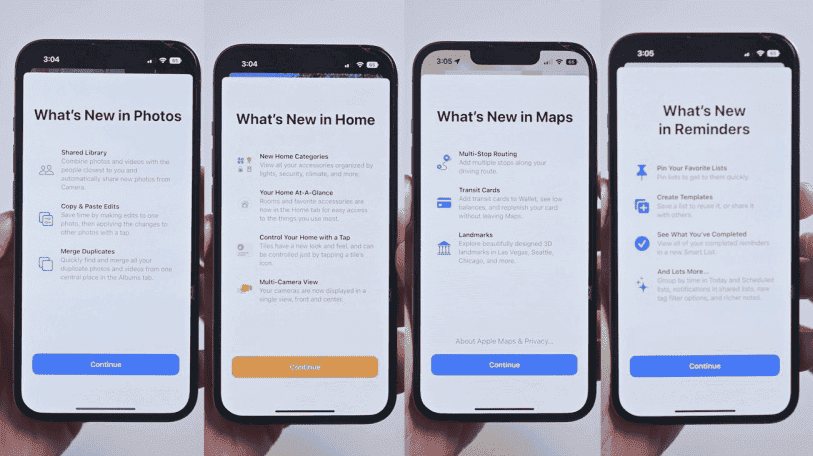 Fixes a situation where the third-party input method was delayed or stuck and returned to the built-in keyboard.

iPhones with notch screens have been unable to use the battery percentage for years due to space constraints, so this is a welcome change for many iPhone users. Before that, users had to see the exact battery percentage by going into the control centre or using the battery widget. After 5 years of disappearance, Apple’s iPhone status bar battery percentage is expected to return to the “notch” home screen with the official version of Apple iOS 16

Previous Here is why brands can't patent creations of AI systems in the U.S.