Google search had serious issues yesterday and speculations link the outage to an accident. According to reports, yesterday, the Google data centre in Council Bluffs, Iowa had an “electrical accident”. The company reveals that there were three casualties and all the staff are now receiving treatment after the incident. According to Sfgate, the accident happened at 11:59 a.m. local time on Monday. Three electricians were working at a substation near the data centre building when an arc flash (electrical explosion) suddenly occurred, causing three electricians to be severely burned.

Read Also: Be careful while charging smartphones in a car – two cars burnt to ashes 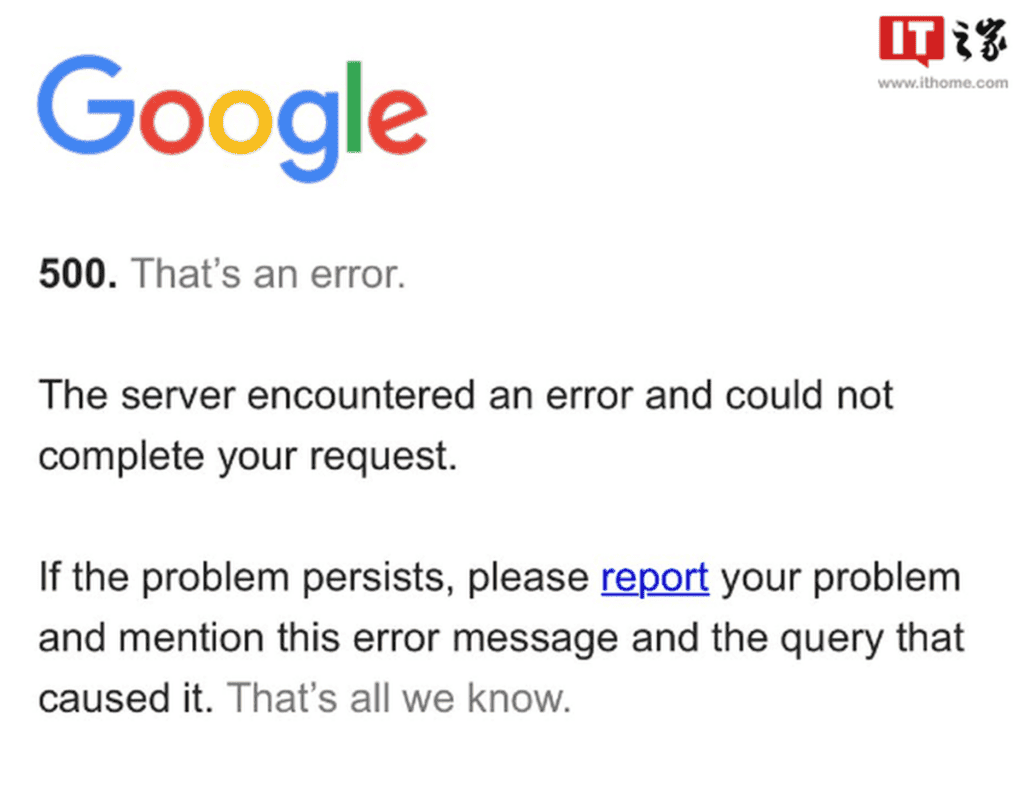 One electrician was flown by helicopter to Nebraska Medical Center and two others were taken to the hospital by ambulance. At the time of the report, all the employees were still breathing and conscious. The local Council Bluffs Police Department reports subsequently that the employees are still alive and getting treatment.

Google spokesman Devon Smiley later issued a statement on this: “We are aware of a power incident at the Google data centre in Council Bluffs, Iowa that injured three people and the staff are currently getting treatment. The health and safety of all workers is absolutely our top priority and we are working closely with our partners and local authorities to thoroughly investigate the incident and provide necessary assistance if needed.”

After the accident, at 9:20 p.m. Eastern Time on August 8, according to data from DownDetector.com, more than 40,000 people in the United States reported being unable to use Google search. This situation was also reported to occur in the United Kingdom, Australia, as well as Singapore. The timing of the search issues as well as the accident may not be a simple coincidence. There are speculations that the power incident may have links to the outage with Google search. However, there is no official response from Google at the moment. Google has 14 data centres in the U.S. and a total of 23 worldwide.

Next Is Motorola dead? How can it compete against Apple or Samsung?