Samsung’s foldable phones have seen substantial growth since its inception in 2019. Looking at today’s foldable smartphones and comparing to the first edition makes the first edition look like an experimental product. Don’t get me wrong on this one, I am not trying to disrespect the Fold one. What I mean is that, if you hold the Fold 1 in your left hand and the Fold 4 in your right hand, you will understand me well. 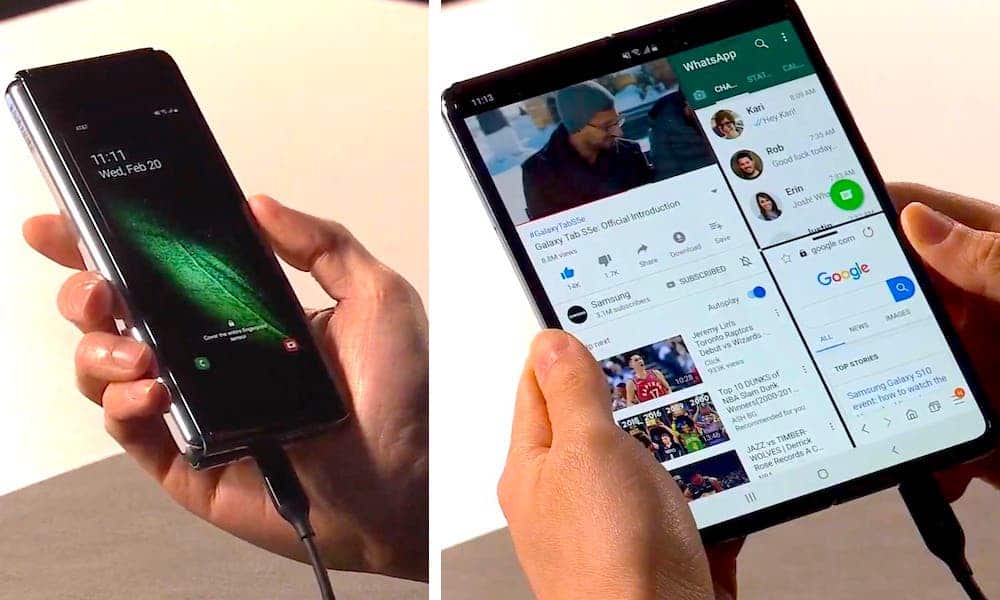 The Beginning Of Samsung Galaxy Fold

There has been an enormous development since 2019 and I think that is how Samsung grows. There is always massive changes in their new product.  The Fold one had a little 4.6-inch outer screen with those bezels which were big enough to fit another screen. That deep folding line in the middle and the ugly notch at the top right conner of the inner display. Don’t also forget that you needed extra strength to fold the device.

At the time of writing this article, the Fold one was four years old. For that matter, Samsung just announced the fourth edition which is the Fold 4. Let us now follow the path to the Fold 4 a bit. After the Fold one, came the fold 2. This edition came with a lot of differences in design, looks and specs. It really looked more matured and futuristic compared to its predecessor. 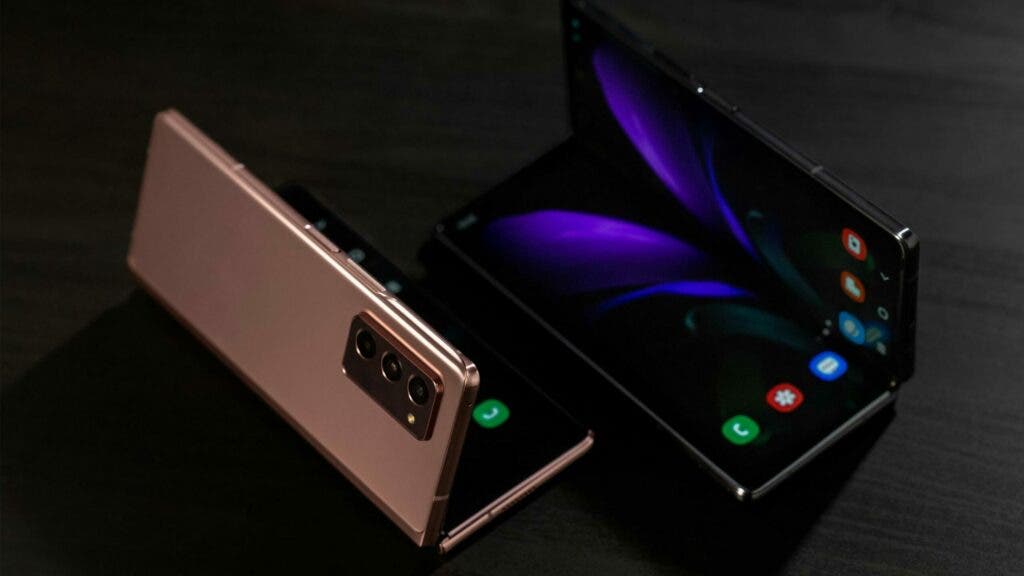 Then came 2021, a year in which we welcomed the Galaxy Fold 3. The 3rd edition of the Galaxy Fold also came with its own distinctive design to separate itself from the rest. The main highlights of the design changes were the rear camera bump design which was trimmed to look smaller than that of the Fold 2. Another thing was the inner display’s front facing camera which was made invincible this time around. Samsung actually placed the front camera under the inner display. It was a nice innovation from Samsung even though the quality of that camera technology was not very usable as many would like to. 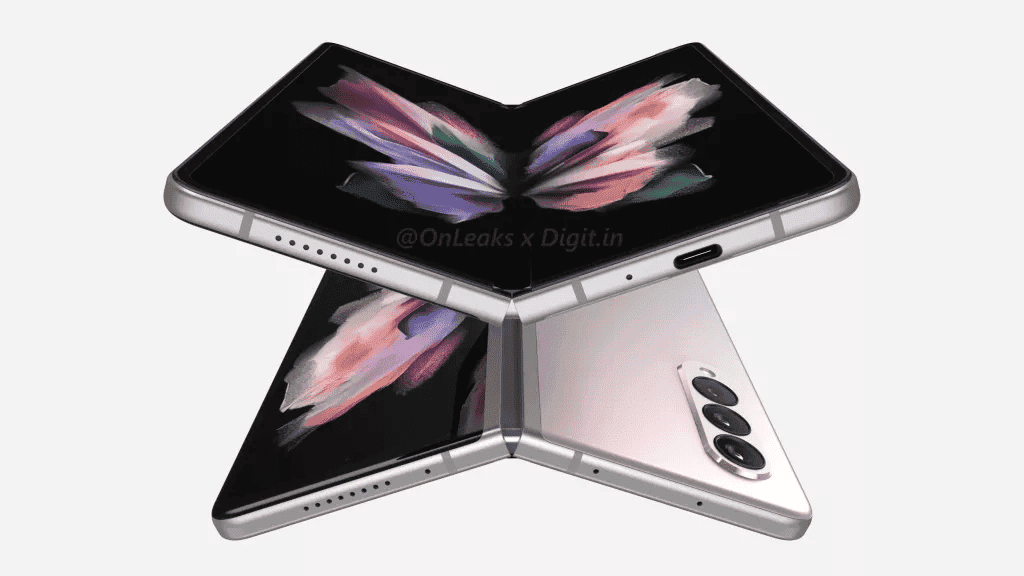 Now we are in 2022 and the usual launch even happened. Samsung announced the Galaxy Fold 4 together with other consumer electronics on the 10th of August 2022. For the first time since the launch of the Fold one, it is very hard to tell the main differences between a new foldable and its predecessor. I see a lot of comments on social media pages and blogs where people are asking for the difference between the Fold 4 and the Fold 3. I understand them because I personally had to hold both devices to actually point out the main differences.

Read Also:  Google Pixel 7 Series To Go Up Against The Samsung S22 And iPhone 14 Series 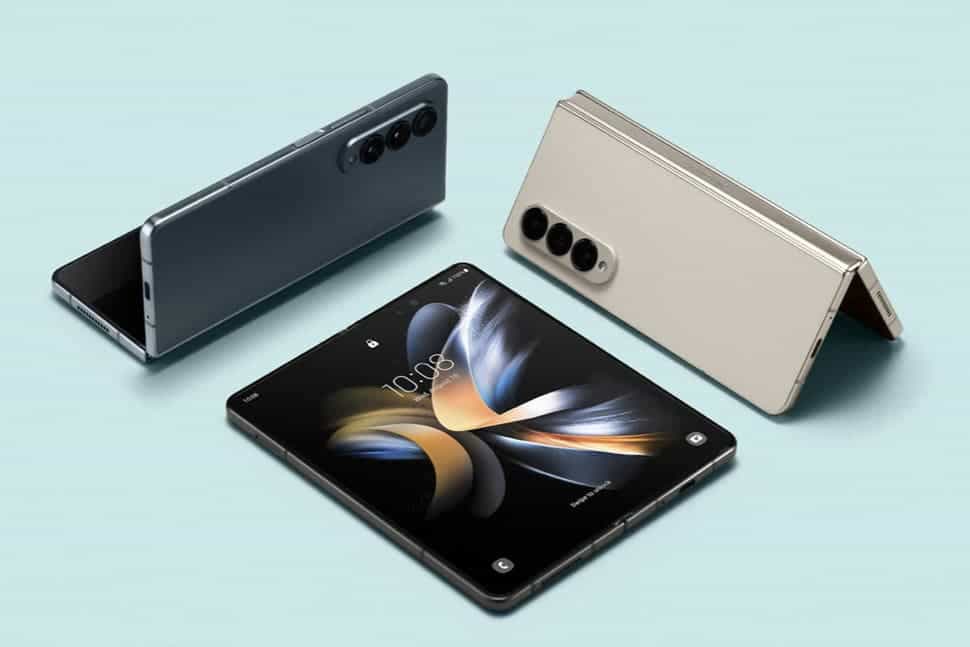 Let me explain. Screen to body ratio is calculated by how much screen is covering the whole body of the device. For example you have one device measuring about 10-inches but it has a screen of about 5-inches. Another device also has the same dimension of 10-inches but the screen measures at 7-inches. In this case, the second device will have a higher screen to body ratio than the second one. This is because it covers more surface area on the 10-inch device than the first one. I guess this scenario should give you a firm understanding of why the Fold 4 has a higher screen to body ratio than the Fold 3.

Another notable change in the spec sheet is in the camera departments. Even though they both have similar triple camera arrangements, they differ in terms of Megapixels. The Fold 3 comes with 12MP main sensor while the Fold 4 comes with a 50MP main sensor. The Telephoto lens however downgraded in the Fold 4. It featured a 10MP sensor instead of the 12MP Telephoto lens in the Fold 3. However, the 10MP sensor on the Fold 4 is capable of 3x zoom whereas the 12MP on the Fold 3 is only capable of 3x zoom.

The ultrawide lens however did not see anything new from the Fold 3. Both devices feature a 12MP  ultrawide sensors. The same thing goes for the front camera as there is nothing new to talk about. Both phones come with 4MP under display camera in the foldable inner screen and 10MP camera sensor in the outer front display. 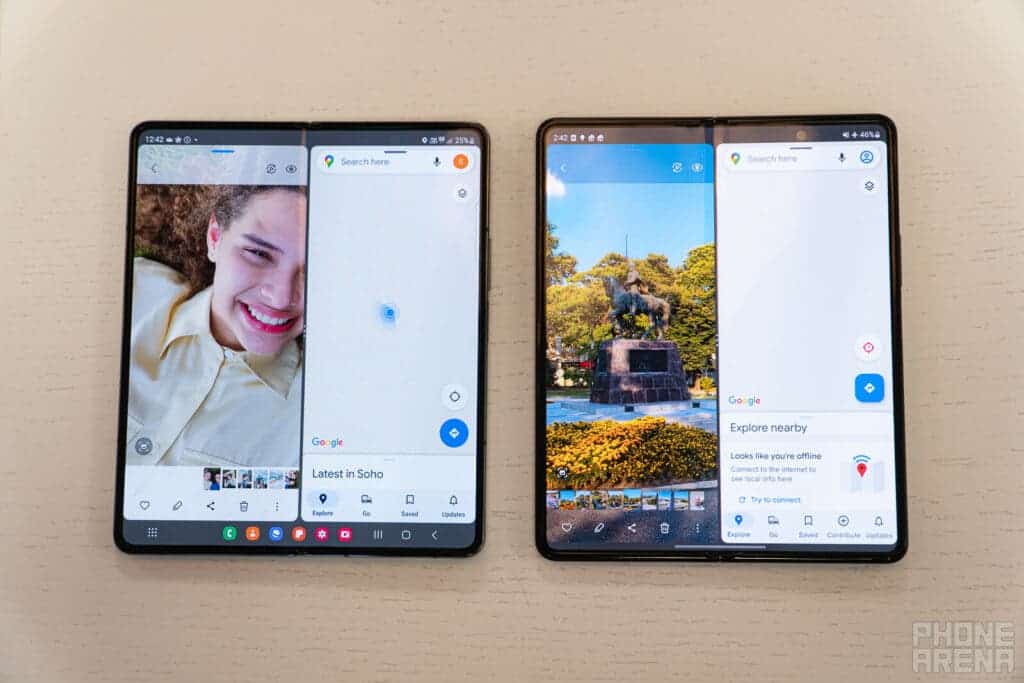 The inner screens and outer screens on both devices come with similar specs as well. 6.2-inch outer front displays, 7.6-inch inner foldable displays on both smartphones. But the Fold 4 comes with a higher resolution of 1812 x 2176 pixels as compared to the 1768 x 2208 pixels on the Fold 3. The Fold 4 also features the new Gorilla Glass Victus Plus protection on the foldable display as compared to the Gorilla Glass Victus on the Fold 3.

Fold 3 And Fold 4 Battery And Charging

The software division also comes with some upgrades. The Samsung Galaxy Fold 4 becomes the first ever smartphone to debut Android 12L. This version of Android software was purposely made for Large display Android devices such as Tablets. Thanks to the Galaxy Fold 4, the Android 12L made its way onto the market.

Yes they both look very similar to each other but there are major differences between both of them. And the upgrades Samsung brought in the Fold 4 are very noticeable and makes a lot of sense as well. If I had the Fold 3, I would definitely love to upgrade to the Fold 4.

Next Vivo Y77e goes official with Dimensity 810 and 5000mAh battery