In the early years of mobile phones, Nokia established itself as a household name. The company eventually released other products which got the same attention as its mobile phones. However, Nokia lost its touch many years ago. Nevertheless, after HMD Global took over, the company is bouncing back but the ride has not been easy. Nokia is not giving up and it keeps throwing its hat into the ring. In the past, Nokia has previously launched gaming phones such as the N-Gage in 2003. However, the company did not continue to explore this field, even though gaming phones have been proven to have a large market. But, recent reports reveal the upcoming Nokia gamepad. 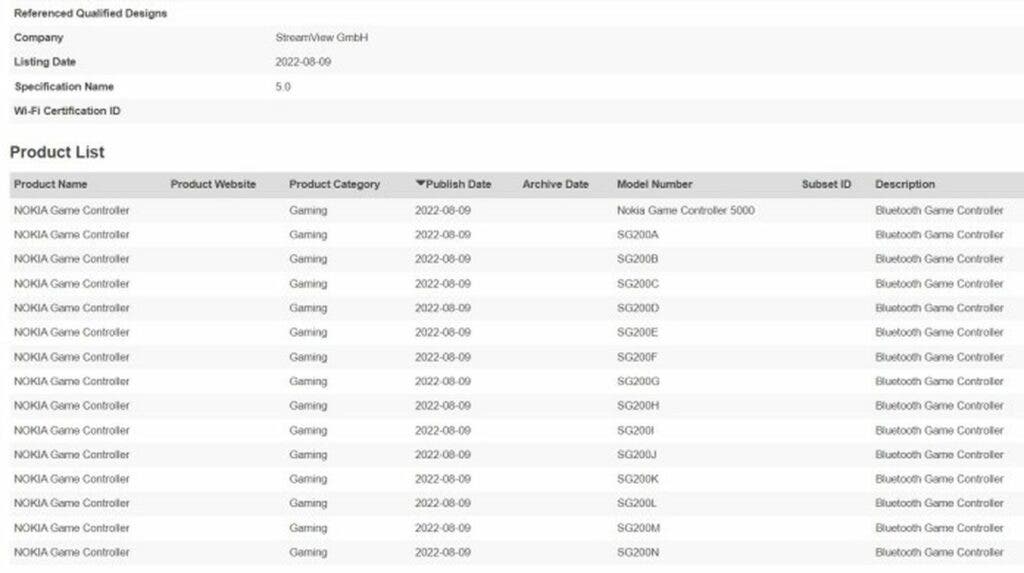 The Nokia gamepad appears on the Bluetooth certification database as we can see from the screenshots. This could represent the first time the Nokia brand will launch a gamepad-like product, thanks to StreamView’s brand licensing partnership. StreamView has launched many Nokia TVs and streaming media devices in Europe. Now, there are multiple models of Nokia Game Controllers that have passed Bluetooth certification and support Bluetooth 5.0 functions. According to reports, the Nokia gamepads will likely launch in the near future.

In addition to the Nokia gamepad, another Nokia branded licensee, “Offglobal”, has submitted applications for Bluetooth certification. The submission is for the Nokia PureBook Fold and Nokia PureBook Lite laptops. This suggests that they will launch the Fold and Lite series of Nokia PureBook laptops in Europe under the Nokia name.

At present, Offglobal has launched the Nokia PureBook Pro notebook computer in Europe. This includes the two screen sizes of 17.3 inches and 15.6 inches notebooks. These notebooks come with the Intel Core i3-1220P processor. In addition, this device also comes with 8GB of RAM and up to 512GB of internal storage.