About a month ago, on August 23rd, Xiaomi officially released three flagship smartphones. These devices are the Xiaomi 12S, Xiaomi 12S Pro and Xiaomi 12S Ultra. Now, there is a report that points to the next-generation Xiaomi flagship smartphone. According to a report by MySmartPrice, a new Xiaomi smartphone has recently passed ECC certification. The certification list shows that the new models are 2210132G and 2210133G respectively. The report has reasons to believe that these two new models are the new Xiaomi 13 series. In addition, two new Redmi phones have also passed ECC certification. The model numbers of these Redmi smartphones are 22101316G and 22101316UG respectively. The report also claims that these two new phones belong to the Redmi Note 12 series. 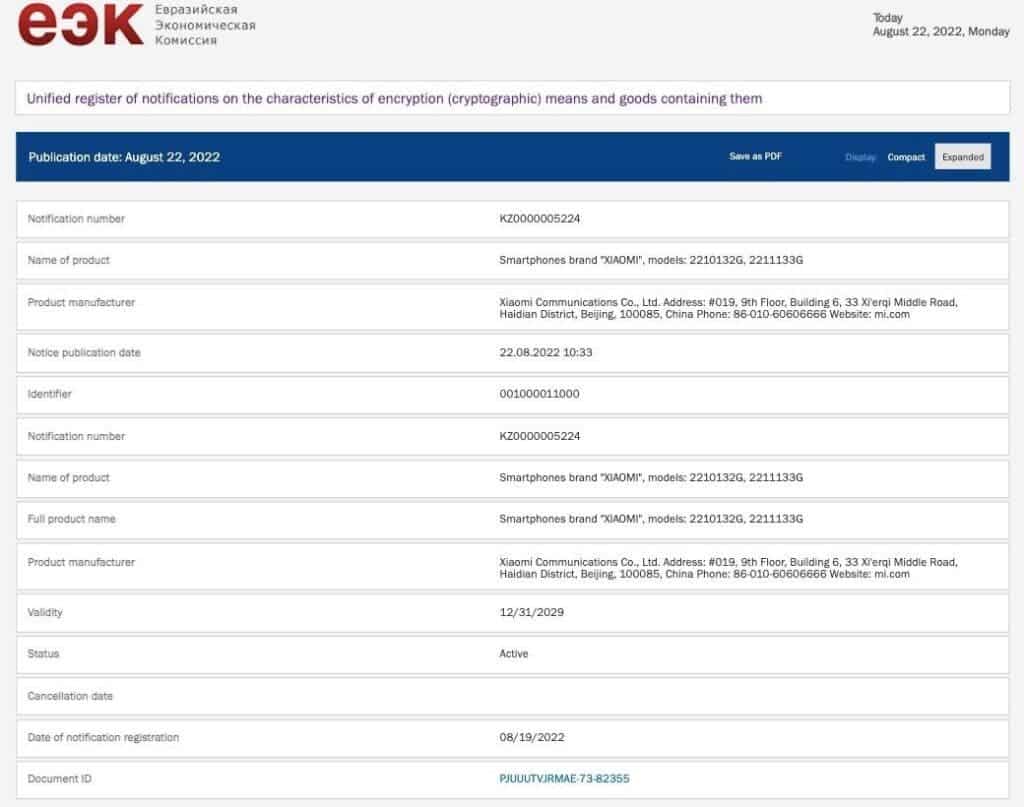 It is important to note that the letter “G” at the end of the product model may represent that the smartphone is a global model. This means that it will hit the shelves both within and outside China. At the same time, these new phones have been registered under Xiaomi Communications. For other content such as product configuration, the certification website did not disclose it. 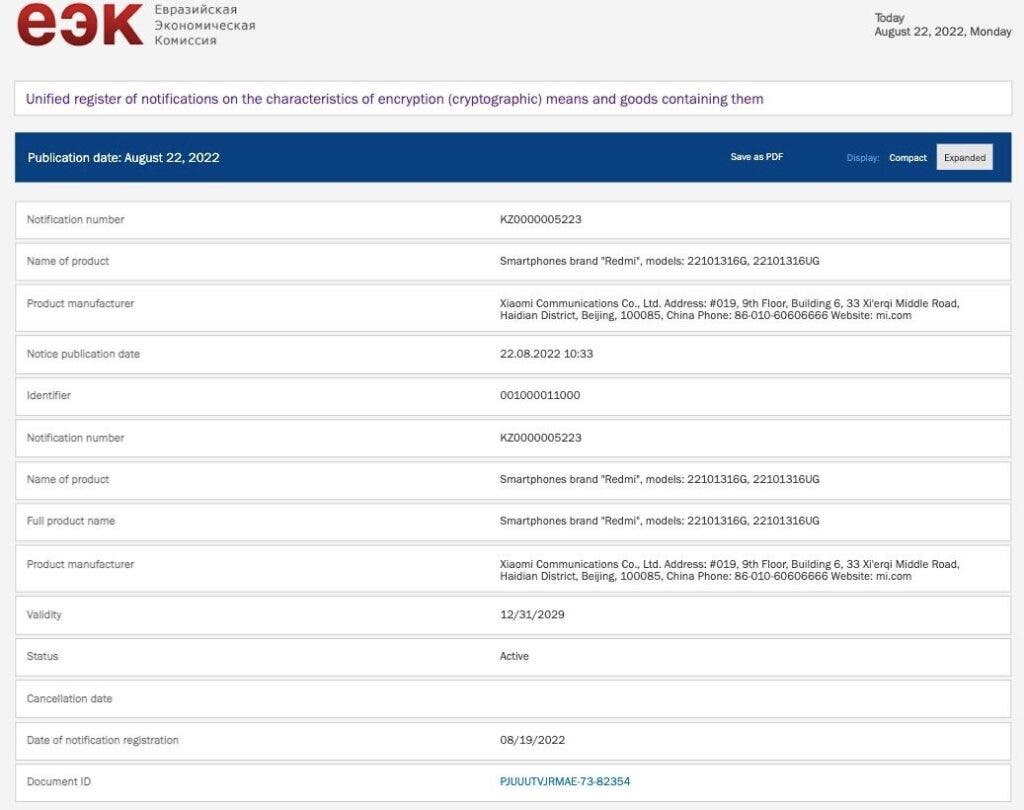 According to previous reports, only the Xiaomi 13 and Xiaomi 13 Pro will use the Snapdragon 8 Gen 2 processor. In addition, the Xiaomi 13 series will use a 2K+120Hz ultra-narrow bezel flexible curved screen.